Vampires, zombies and speedsters, oh my!

The Sweet 16 round of TVLine’s tournament to crown The CW’s Best Show Ever — in honor of the network’s 15-year anniversary on Sept. 18 — is well underway, with our next set of match-ups representing the supernatural and the superheroic. This time, The Vampire Diaries faces off against Superman & Lois, while iZombie is matched up against The Flash. 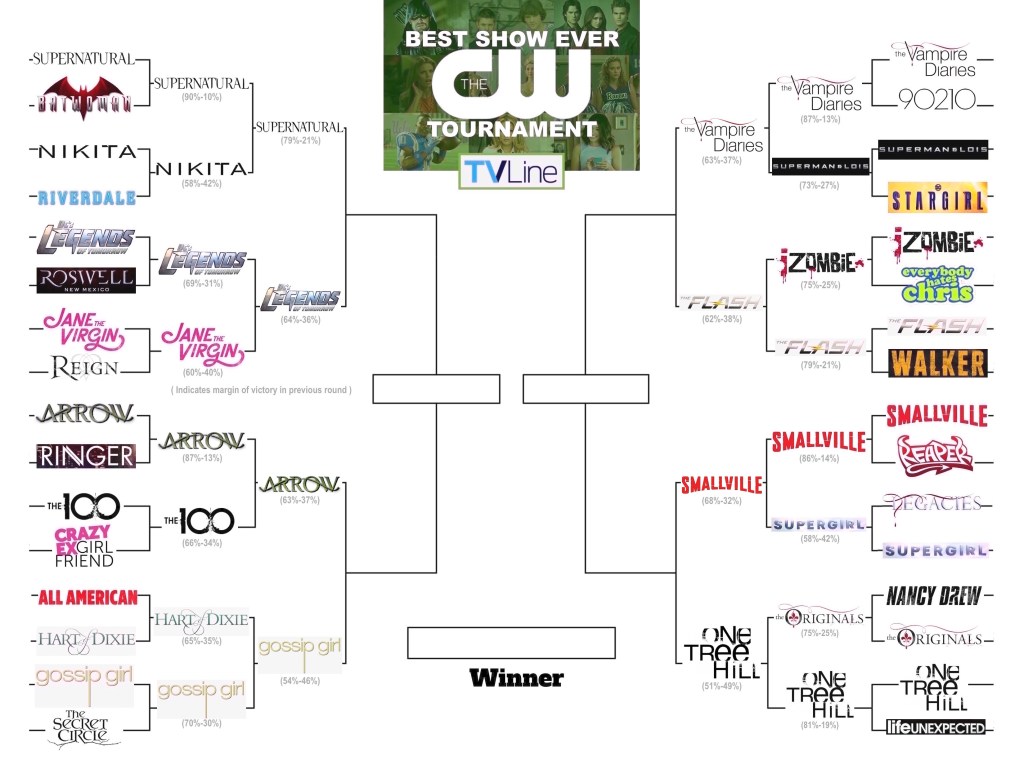 UPDATE: The below polls are officially closed, with The Vampire Diaries and The Flash moving on to the next round. Click here to vote in our first Elite Eight match-up, featuring Supernatural vs. Legends of Tomorrow.

VOTE FOR IZOMBIE VS. THE FLASH