Four more CW shows have entered the fight for network glory — three series from The CW’s past and one from its present, to be exact.

In honor of The CW’s 15-year anniversary on Sept. 18, TVLine’s tournament to crown the network’s Best Show Ever continues with more battles in the round of 32. Next up: All American faces off against Hart of Dixie, while Gossip Girl is matched up against The Secret Circle. 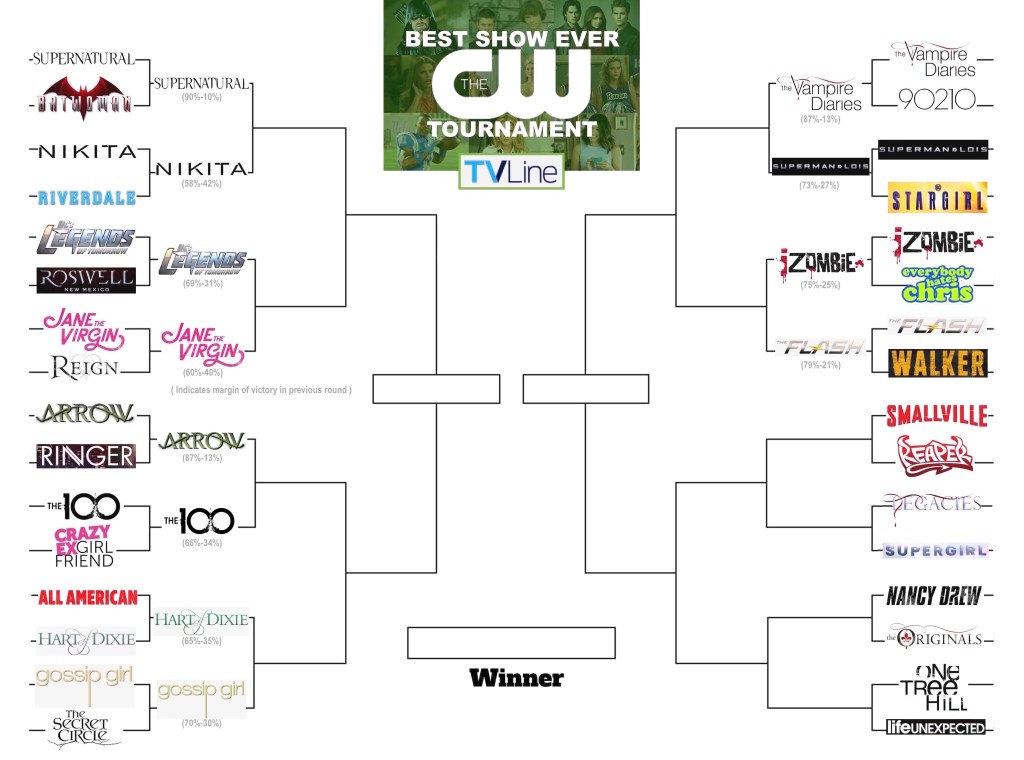 UPDATE: The below polls are officially closed, with Hart of Dixie and Gossip Girl moving on to the Sweet 16. Click here to vote in our latest two match-ups, featuring One Tree Hill vs. Life Unexpected and The Originals vs. Nancy Drew.

(VOTE FOR ALL AMERICAN VS. HART OF DIXIE)

(VOTE FOR GOSSIP GIRL VS. THE SECRET CIRCLE)