Three days into our CW bracket tournament, we have our first appearance from a series that originated on UPN — but how will it fare against a more recent CW veteran in Round One?

In honor of the network’s 15-year anniversary on Sept. 18, TVLine’s endeavor to crown The CW’s Best Show Ever continues with more battles in the round of 32. Next up: iZombie faces off against Everybody Hates Chris, while The Flash is matched up against Walker. 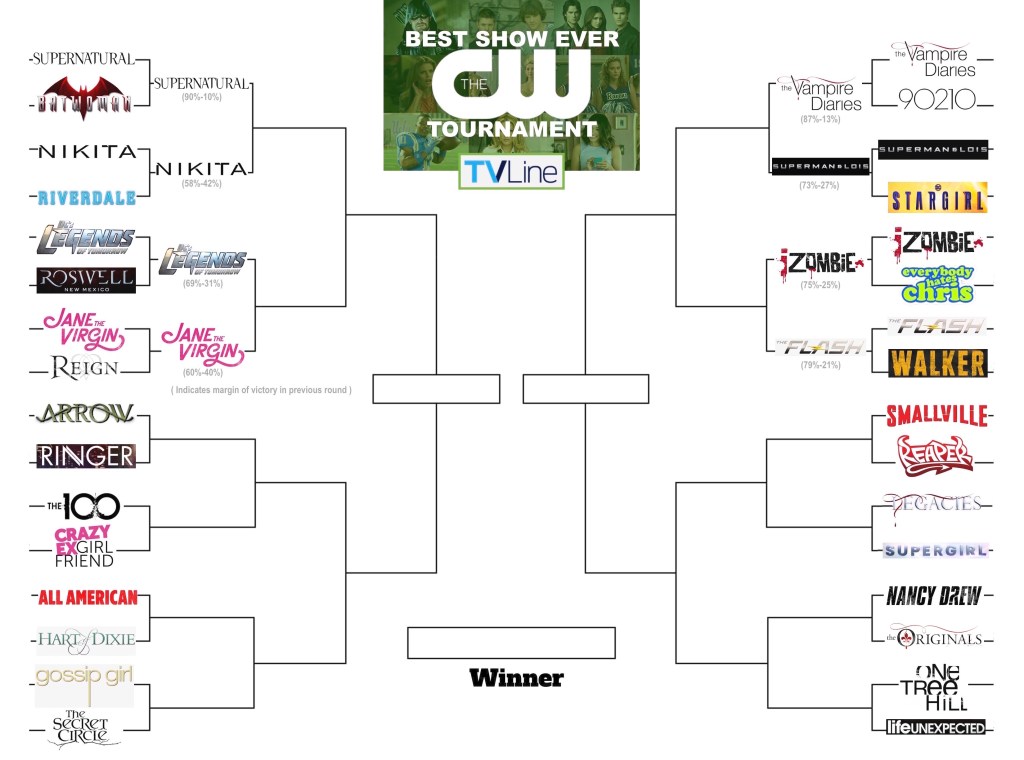 UPDATE: The below polls are officially closed, with iZombie and The Flash moving on to the Sweet 16. Click here to vote in our next two match-ups, featuring Arrow vs. Ringer and The 100 vs. Crazy Ex-Girlfriend.

(VOTE FOR IZOMBIE VS. EVERYBODY HATES CHRIS)

(VOTE FOR THE FLASH VS. WALKER)