THE PERFORMANCE | Ever since the premiere of Power Book III: Raising Kanan, Miller has commanded the screen as Raquel Thomas, the titular character’s drug queenpin of a mother. After all, the title informs you that someone is rearing this teenager and that person is a general and watchful lioness all rolled into one. Never was this more apparent than in Sunday’s Episode 6 in which Raq dealt with a wave of sexism that would have drowned some. But Raq kept fighting against the tide until every battle was won.

Raq handled her younger brother Lou-Lou’s music business distractions with a forceful, “Go on, Lou. Spend our money. I’ll just go make more of it for the next lighting guy to get paid.” And with that, the Tony winning-actress imbued every word with the right amount of Vito Corleone-like menace to remind him and viewers that she is the boss. When Raq strutted off, the bounce Miller suffused in her alter ego’s step suggested she just might’ve turned around and mollywopped Lou upside his head for good measure.

Miller agilely switched her posture from reticent to combative as Raq cut Kanan’s hair and methodically asked why he hadn’t told her he’d been picked up by the police. The former Madam Secretary co-star also sped up the cadence of her character’s speech when she learned her boyfriend Symphony had picked Kanan up from the precinct and failed to tell her.

However, nothing can top the serpentine way Raq dispensed of the rapey city inspector who choked and punched her to gain the upper hand. Raq had offered him cash but he chose violence and she reciprocated by knocking him unconscious with a hammer, binding his hands and serving him up to her older brother Marvin to murder. Because if it’s one thing Raq won’t tolerate, as she coldly told a bruised and battered Julia earlier, it’s men who bully women — and Miller made us believe every bit of that. 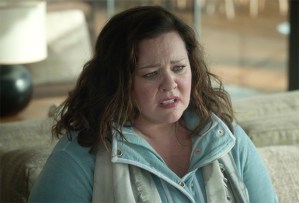 HONORABLE MENTION | Frances Welty might not be as zany as some of Melissa McCarthy‘s past characters, but that hasn’t kept the actress from showcasing her comedy chops on Nine Perfect Strangers. Her phenomenal timing was on full display in Wednesday’s episode, when a still-slightly-drugged Frances stumbled out to breakfast at Tranquillum House, then later passed out (face-first!) into her oatmeal. Without ever verging on too kooky, McCarthy played Frances to loopy perfection, slurring and giggling her way through Frances’ ordeal with totally committed physicality. Meanwhile, McCarthy’s comedic moments at the dining table bookended a rather heartbreaking scene in which Frances dreamed up a confrontation between herself and her scammer ex, Paul. Frances was all at once hopeful, embarrassed and furious during the imaginary chat, and McCarthy’s effortless jumps from comedy to drama in Episode 5 reminded us of her formidable, underrated range. 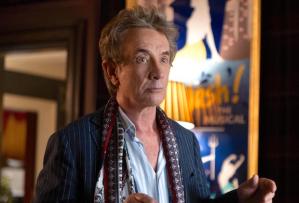 HONORABLE MENTION | Martin Short is already comedy royalty, and he’s adding yet another jewel to his crown with his ovation-worthy performance as grandiose theater director Oliver on Hulu’s Only Murders in the Building. This week’s third episode saw Short at the height of his powers: He went into salesman mode when Oliver pitched investors on Splash: The Musical in a flashback, and he was surprisingly poignant as Oliver later recounted the flop that ensued in a monologue tinged with melancholy. Plus, Oliver was in his theatrical element when he lined up all the murder suspects for a Broadway-style casting call in a fantasy sequence. It’s a fun and frantic turn from a living legend — and no matter who the killer turns out to be, we’ll keep watching Only Murders just to see it. 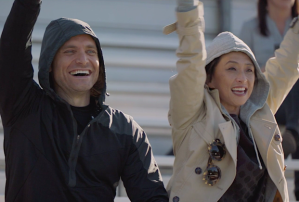 HONORABLE MENTION | When DC’s Stargirl‘s Crusher and Paula broke out of prison, it was recurring players Neil Hopkins and Joy Osmanski who were promptly found guilty — of stealing every scene they were in. Season 1 had given us hints of Crusher’s goofy gym rat personality, but this week’s episode proved that the portrayers of Artemis’ parents make for quite the comedic one-two punch, whether (yet again) counseling Pat to hit the bench press more often or scoffing with disgust at Barbara’s offering of — the horror! — caffeinated coffee. Supervillains, you say? Superfun, we think! And that makes Hopkins and Osmanski’s recent promotions to series regulars for Season 3 all the more of a treat.