Rick Grimes, is that you? AMC announced Thursday that The Walking Dead alum Pollyanna McIntosh will be reprising her role of Jadis/Anne for the second and final season of The Walking Dead: World Beyond (which premieres Sunday, Oct. 3). And in the trailer that the network dropped at the same time, she’s heard saying, “I know that the Civic Republic is the last light of the world. My purpose is to create a new era on this planet. Hope we get to catch up while I’m here.”

But to whom is she saying it? Could it be Andrew Lincoln’s character, whom she had airlifted out of harm’s way by the CRM back in Season 9 of The Walking Dead? Seems doubtful, considering that he’s bound for the movies. Could another former Walking Dead regular be crossing over? 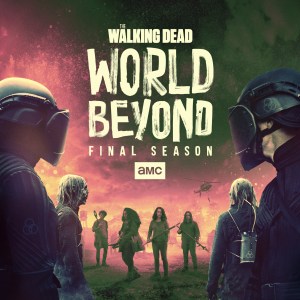 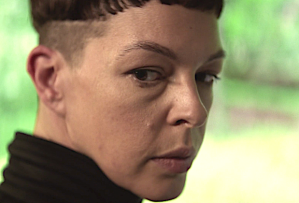 All World Beyond co-creator Scott M. Gimple said in making the announcement was that “in our story, years have passed — we’ll get hints of what happened with that fateful helicopter ride and learn Jadis has new allies and alliances; she is a big part of connecting the CRM and Three Circles mythology that’s seen throughout all three series.”

AMC also dropped Season 2 key art, which you can view full-sized by clicking on the image above. When you’re done, you can check out the final season trailer by pressing PLAY on the video at the top of this article. Then hit the comments: To whom do you think Jadis/Anne is speaking?