We’re now just 12 hours away — assuming you don’t plan on sleeping tonight — from RuPaul inducting another All Star into the Drag Race Hall of Fame, so it’s time to make some final predictions.

Four queens stand before us — Ra’Jah O’Hara, Ginger Minj, Eureka and Kylie Sonique Love — all of whom have proven their worth and earned their spot in the finals. (Our condolences to Trinity K. Bonet, who still gave us the best lip sync of the season!)

But who will snatch the crown? Read on for our thoughts on the final four queen-testants: 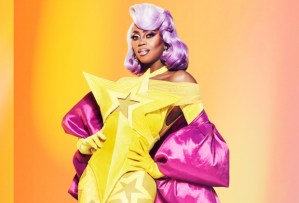 RA’JAH O’HARA | Statistically speaking, Ra’Jah has quietly outplayed her fellow queens this season. She’s tied with Ginger for the highest number of wins, and both queens have only landed themselves in the bottom once, but Ra’Jah actually comes out ahead in her critiques. While Ginger found herself in the “low” end of the critiques in Episode 4, Ra’Jah has always received “high” marks from the judges. It’s an arguably minor distinction, but when the race is this close, the final results may come down to the nitty gritty. No matter how the chips fall for Ra’Jah, though, she should be incredibly proud of the work she did in All Stars 6. For a queen who didn’t exactly leave a lasting impression in her first season, Ra’Jah has returned with a vengeance this time around, showing us exactly what she’s capable of. It’s been a joy to watch her flourish. 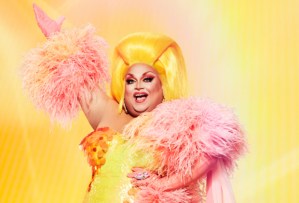 GINGER MINJ | As mentioned earlier, Ginger is absolutely a statistical frontrunner. “There really is nothing else that I possibly could have done except s–t myself today,” she said of her performance in this latest challenge, which is a sentiment that holds true to the season overall. She’s a consummate professional, someone who always seems to understand the assignment, ultimately delivering exactly what you expect of her every time. Of course, that kind of robot perfection doesn’t always make for the most exciting queen; her natural showmanship can, at times, make her seem less genuine. 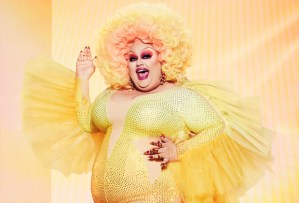 EUREKA | With only one win under her belt, Eureka may not be considered the statistical frontrunner, but comeback queens are not to be underestimated. After being sidelined by an injury in Season 9, Eureka returned stronger than ever in Season 10, ultimately fighting her way to the Top 3. Similarly, she didn’t let her All Stars 6 elimination keep her down; she beat Silky Nutmeg Ganache, returned to the competition and scored her first-ever win all in the same week. It’s entirely possible that this hot streak could carry her straight through to the crown, and who doesn’t love a good Ru-demption story? 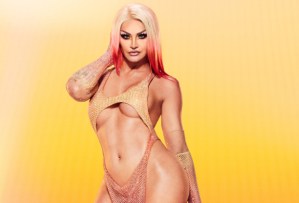 KYLIE SONIQUE LOVE | Everybody loves an All Stars glow-up, and no one embodies that this season better than Kylie, whose drag has improved leaps and bounds since she placed ninth back in Season 2. Unlike some queens from the show’s earlier seasons, whose looks feel dated compared to their younger competitors, Kylie has rolled with the times, constantly evolving into the absolute showstopper she is today. And not for nothing, but a crown for Kylie would mean putting the first transgender queen in the Hall of Fame, which is a milestone we can all celebrate.

FINAL THOUGHTS | This has got to be one of the toughest choices in recent herstory. Personally, I’m hoping for either Ra’Jah or Kylie to snatch the crown, but it really is anyone’s game. When it comes to charisma, uniqueness, nerve and talent, this Top 4 has it in spades. And even though I have my personal picks, I wouldn’t necessarily be disappointed to see any of these queens join Chad Michaels, Alaska, Trixie Mattel, Trinity the Tuck, Monet X Change and Shea Couleé in the Hall of Fame.

Which queen do you hope will win All Stars 6? And which do you think will win, regardless of your feelings? Weigh in via the polls below, then drop a comment with your final thoughts on the season overall.