THE PERFORMANCE | It speaks to the quality of Grant’s work in Loki‘s fifth episode that, having only known Classic Loki for about 40 minutes, we nonetheless became deeply emotionally invested in his survival. But even with limited time to endear his character to us, the actor gave a performance as glorious as any Loki could hope to be.

When Tom Hiddleston’s Loki first encountered Grant’s older variant, Classic Loki was cynical, sarcastic and reluctant to open up, not unlike his counterparts from other timelines. But when the variants returned to their underground bunker and the conversation turned to Classic Loki’s backstory, Grant quickly gave his character great depth as he explained his escape from Thanos and ultimate arrest by the TVA.

Grant tinged Classic Loki’s words with pride, longing and resentment as he recounted his years spent in isolation in space. By the time he and the other variants toasted to being the God of Outcasts, Classic Loki’s sadness and regret — despite his considerable skill with magic — were palpable.

Later, as Loki and Sylvie attempted to defeat the beastly entity Alioth, Classic Loki helped them by casting a projection of Asgard to distract the monster. Here, Grant was at his most impressive, bringing profound humanity to a scene executed with heavy special effects. Classic Loki’s magic eventually gave out, and Alioth turned its smoky head on him — but the variant remained unafraid as death approached. And when Grant threw back his head, cackling with tears in his eyes before Alioth destroyed him, we instantly understood the weight of Classic Loki’s sacrifice, and the bittersweet satisfaction it gave him to die so heroically. 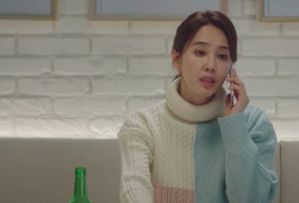 HONORABLE MENTION | Hyun-Kyung Oh makes you empathize with her character, Mi Ran, whose sadness and humiliation as an abused wife comes second to her unflinching desire to protect her children from their alcoholic father on Netflix’s newest K-Drama, You Are My Spring. In one of the premiere episode’s most compelling scenes, a visibly bruised Mi Ran lowers her head and sheepishly walks away as a neighborhood shopkeeper offers her free food. Oh further bolsters the performance when she slows her gait, turns, and scurries back to accept the gesture with a determinedly lifted but humbled head. Hunger trumps pride and viewers know this just by watching the way Oh conveys this basic human need. Later in the episode, when she takes the kids and flees her abusive home, Oh’s determined visage steels. While it’s unclear if the blood on her hands means she’s wounded her mate or killed him, one thing is undeniable: her babies are safe. 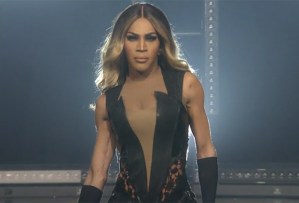 HONORABLE MENTION | Do you recall the slack-jawed stupor that overcame you during your first viewing of Beyonce’s Super Bowl halftime performance? That’s pretty much how we felt watching Trinity K. Bonet recreate that iconic sports moment — albeit a 50-second version of it — on Thursday’s episode of RuPaul’s Drag Race All Stars. From the tight hairography to that unmistakable swagger, Trinity fully embodied Queen Bey, delivering sheer excellence from start to finish. As Season 13 lip sync assassin Denali so eloquently noted on Twitter, no crumbs were left on that stage. Trinity may not have “won” this challenge, but she’s our top toot of the week by far. 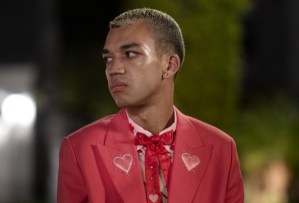 HONORABLE MENTION | Generation‘s emotionally turbulent season came to a head in the finale, when Chester saw his relationship with boyfriend Bo suddenly implode. Justice Smith perfectly captured the character’s highs and lows, soaring with teenage joie de vivre at a party, until his bold exterior was torn down. The actor then exhibited a vulnerability and sadness Chester’s rarely shown, as his vivacious physicality gave way to puppy-dog eyes, and his desperation to be loved took center stage. In the final minutes, we feared the worst when he galavanted on a rooftop drunk and alone, but when a mysterious new suitor arrived to give him pause, Smith once again flipped the script, letting sweet, contagious hope wash across his face. The performance not only gave us a sampler platter of Smith’s capabilities, it further cemented our status as Chester’s biggest cheerleaders.