Magnum P.I. has added Black Lightning‘s Chantal Thuy to the Season 4 mix — and with this exclusive casting news, a recent TVLine Blind Item is solved.

Who's In? Who's Out? Fall's Big Casting Moves!

When last we tuned into the Hawaii-set CBS procedural, Magnum (played by Jay Hernandez) bid Juliet Higgins (Perdita Weeks) a tender farewell, as his sleuthing partner left to accompany her beau Ethan (Jay Ali) on his six-month Doctors Without Borders gig in Kenya. The goodbye was laden with unexpressed emotions, given that Thomas had earlier posited to the fellas that he and Higgy were perhaps destined to be “more” than friends and business partners. In fact, Rick, T.C. et al nudged Magnum to tell Higgins what all he was feeling before she left, but he instead encouraged his best friend to be happy at Ethan’s side.

Well, in Juliet’s absence, it appears that Thomas in turn sought out his own kind of “happy.”

When Season 4 kicks off on Friday, Oct. 1, viewers will meet Thuy’s character, Lia Kaleo, a smart, street-savvy HPD Detective who has been secretly dating Magnum behind everyone’s back — including that of her partner, Gordon Katsumoto (Tim Kang).  And as the season progresses, we’ll learn that Lia’s relationship with Magnum isn’t the only secret she’s been keeping. Get a first look below: 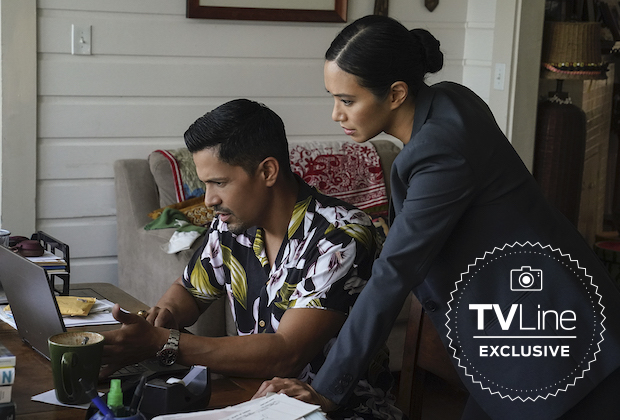 Want more scoop on Magnum P.I., or for any other show? Email InsideLine@tvline.com and your question may be answered via Matt’s Inside Line.