“Don’t tell anybody,” Norman Reedus begins, “but I’ve been watching a lot of Love Island recently.” (Sorry, Norman.) In his estimation, the guilty pleasure is “sort of a case study in human nature and interaction, and I keep ending up screaming at the TV like, ‘He deserves better than her!’ and vice versa.” 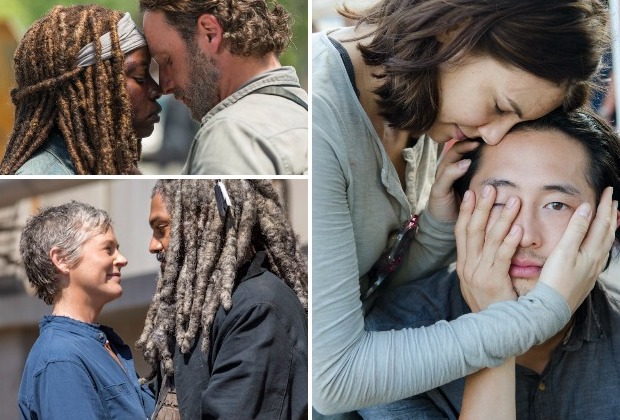 And this pertains how, exactly, to AMC’s The Walking Dead (the 11th and final season of which kicks off Sunday at 9/8c)? “I think that people sort of look at Daryl and Connie’s relationship like that,” says Reedus. “They think they’re good together. It works.”

So when at last Daryl discovers that Kelly’s big sister is neither really nor most sincerely dead — as everyone believed she was after Carol accidentally blew up a cave with Connie still in it — his portrayer hopes to further explore the budding couple’s dynamic. “He really liked her,” sums up Reedus. “There are qualities to her that he genuinely admired. She can take care of herself, and she’s unafraid.” 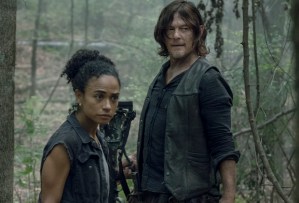 And Connie definitely had no problem pushing Daryl’s buttons. “He would go off and do something, and she would be like, ‘I’m coming with you,’” he recalls. “He’d say, ‘No, you’re not!’ and she’d just say, ‘Try and stop me!’

“Daryl really liked that kind of chutzpah,” he adds. “So he wants to see where that friendship or whatever you want to call it might go.”

Are you looking forward to Daryl and Connie’s eventual reunion? Answer in the comments, then see where “Donnie” rank on our countdown of the show’s all-time best couples by clicking on the gallery above (or go here for direct access).