The Peacock streaming service will invite Days of Our Lives fans to venture Beyond Salem on Monday, Sept. 6, when the five-episode spinoff series premieres. 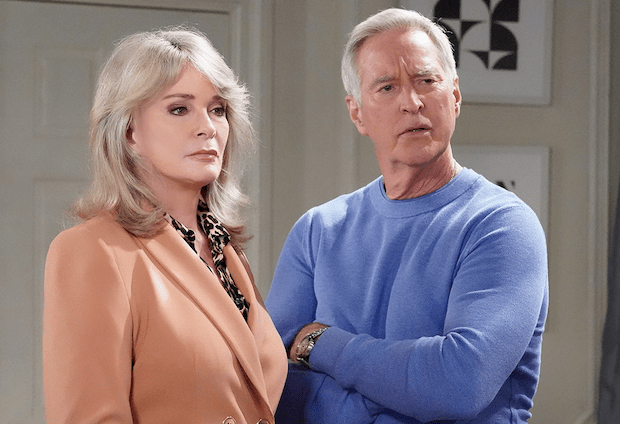 New episodes of Days of Our Lives: Beyond Salem will be available daily, and for free, culminating with the limited series’ finale on Friday, Sept. 10.

Four photos were also released on Wednesday, as seen in the attached photo gallery (click here for direct access).

Days alum-turned-Real Housewives of Beverly Hills star Lisa Rinna headlines the offshoot, reprising her role as Billie Reed, while fellow Days vet Eileen Davidson will also appear in the spinoff (presumably in the role of Kristen DiMera, though Peacock is confirming nothing).

Per the  official logline, the Beyond Salem action will take place over a long weekend as “John and Marlena travel to Zurich; Ben and Ciara have a romantic getaway in New Orleans; Chad visits some old friends in Phoenix; and Abe, Paulina, Lani, and Eli vacation in Miami. All find themselves embroiled in a mystery involving stolen jewels which, in the wrong hands, could cause dire consequences for Salem. It’s a race against time for ISA agent Billie Reed as she crosses the globe in search of this missing treasure.