The streamer also released a teaser trailer — see video at the top of this post — and some first look photos from the drama created and directed by Mike Flanagan (The Haunting of Hill House, The Haunting of Bly Manor). 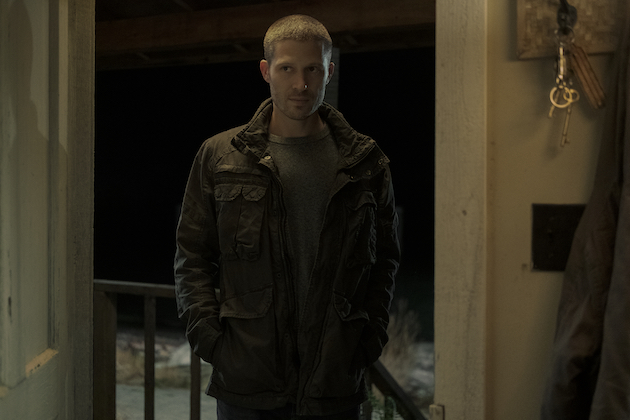 The seven-episode limited series is set on Crockett Island, a tiny, remote island community “whose existing divisions are amplified by the return of a disgraced young man (Friday Night Lights‘ Zach Gilford) and the arrival of a charismatic priest (The New Adventures of Old Christine‘s Hamish Linklater),” the official logline tells us. After Father Paul shows up, weird and “seemingly miraculous” events start to take place, stoking a religious fervor in the community. “But,” the synopsis wonders, “do these miracles come at a price?”

Flanagan — who also serves as executive producer, alongside Trevor Macy (The Haunting of Hill House) — penned a letter to viewers that you can read below. 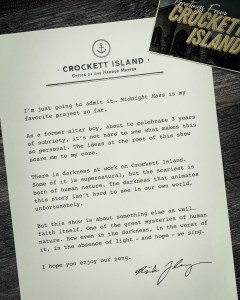 Press PLAY on the video at the top of the post, peruse the gallery at right and then let us know: Will you attend Midnight Mass this Fall?