Grab your quills and note the good news: We finally have a premiere date for Amazon Prime’s forthcoming Lord of the Rings prequel series.

The yet-to-be-titled show (which nabbed an early Season 2 renewal) will premiere Friday, Sept. 2, 2022 — nearly 85 years to the day that The Hobbit was first published on Sept. 21, 1937. With filming on Season 1 officially wrapped today in New Zealand, TVLine also has a first image from the series, which you can check out in full below. (Amazon is not identifying the character featured in that scene, which is from the opening episode.)

Adapted from J.R.R. Tolkien’s beloved fantasy trilogy, the upcoming series takes place in the Second Age — thousands of years before the events of The Hobbit and The Lord of the Rings — and follows an ensemble made up of familiar and new characters as they “confront the long-feared re-emergence of evil to Middle-earth” aka Sauron.

Since the series predates the Fellowship’s journey to Mordor, don’t expect to see the likes of Frodo or Aragorn, who were born in the Third Age. Instead, expect to see much “older” characters like the ethereal Galadriel, the elven ruler of Lothlorien; Morfydd Clark (His Dark Materials) has been tapped to play a younger version of Galadriel in the series. 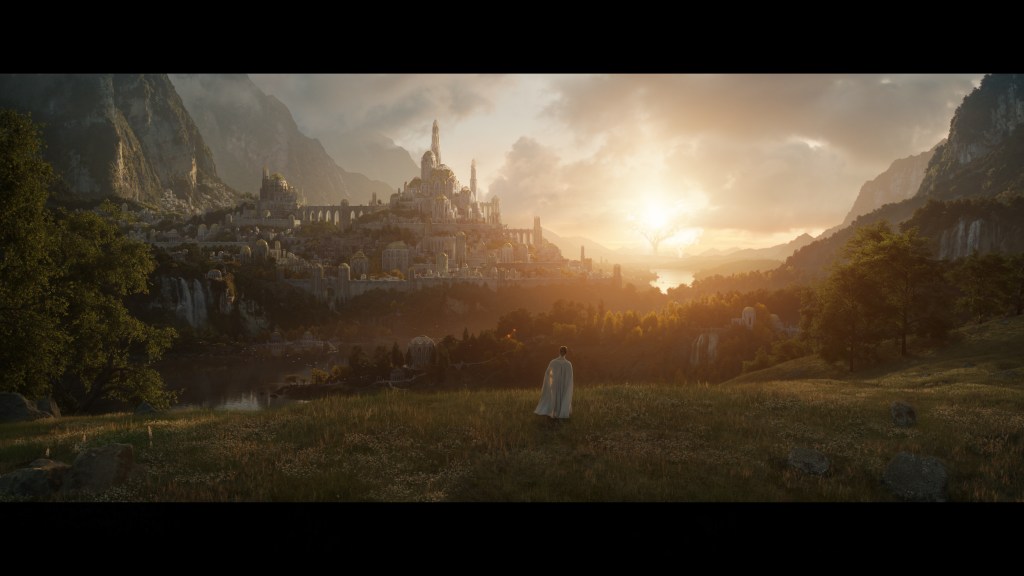 Are you excited for the Lord of the Rings series? What do you hope to see in Season 1? Sound off in the comments!