Burden of Truth‘s Season 3 finale sure felt like a series ender, yet the Canadian legal drama has plenty of story left in it for the fourth and final season, which makes its Stateside premiere this Friday, July 30 (The CW, 8/7c).

“Every season kind of ended in a way that it could have been the end [of the show], but Season 3 particularly felt that way” with a flash-forward to a very pregnant Joanna in her successful law firm with baby daddy Billy, star/executive producer Kristin Kreuk tells TVLine.

The creative team, though, felt they had enough to mine with Joanna and Billy as new parents to warrant continuing the show. “We were like, ‘We could tell one more chapter of this story!’ We could do one more thing, which would be to really explore trauma at the next level, which is like when you have children,” Kreuk shares. “So we went to the CBC with that, and they were happy to do another season.”

Below, the actress previews how Joanna is handling being a mother and why she and Billy “don’t feel particularly connected, romantically” in Season 4. 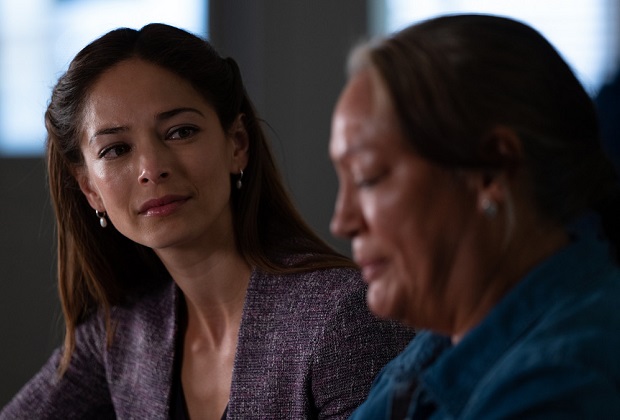 TVLINE | When you finished wrapping Season 3, did you feel like you had unfinished business with Joanna?
Season 3 ended with her having everything. We gave her everything she didn’t know she wanted, but everything that she needed. When we talked about it, it was like the only thing that we would want to do now is take it away from her or threaten to take it away from her just to see how she handled that. And that was the unfinished business. It was just that one little bit more: How much and how would she fight to keep what she loves?

TVLINE | At what point did you know that Season 4 would be the final season?
We went into it with that knowledge. [Series creator] Brad [Simpson] and the writers’ room shaped it to be a completion of everyone’s storyline.

TVLINE | The Season 3 finale could have been a very natural conclusion for all the characters. What would you say is the argument for doing another season, storytelling-wise? What did you get to explore that you hadn’t before?
I’ve always thought that our show is about intergenerational trauma — and for our characters, Billy and Joanna, having a child means that we look at passing trauma down to the next generation, and how parents can face certain things. Obviously, everybody’s different, but for the two of them [it’s about] learning how to confront that trauma, which is kind of reflected in Joanna facing this case from her past so that they don’t pass things on to their kid. [It’s about] learning that they’re not the people they once were, and that they aren’t their parents, and that they don’t have to become their parents. It’s not some inevitable end point for them. 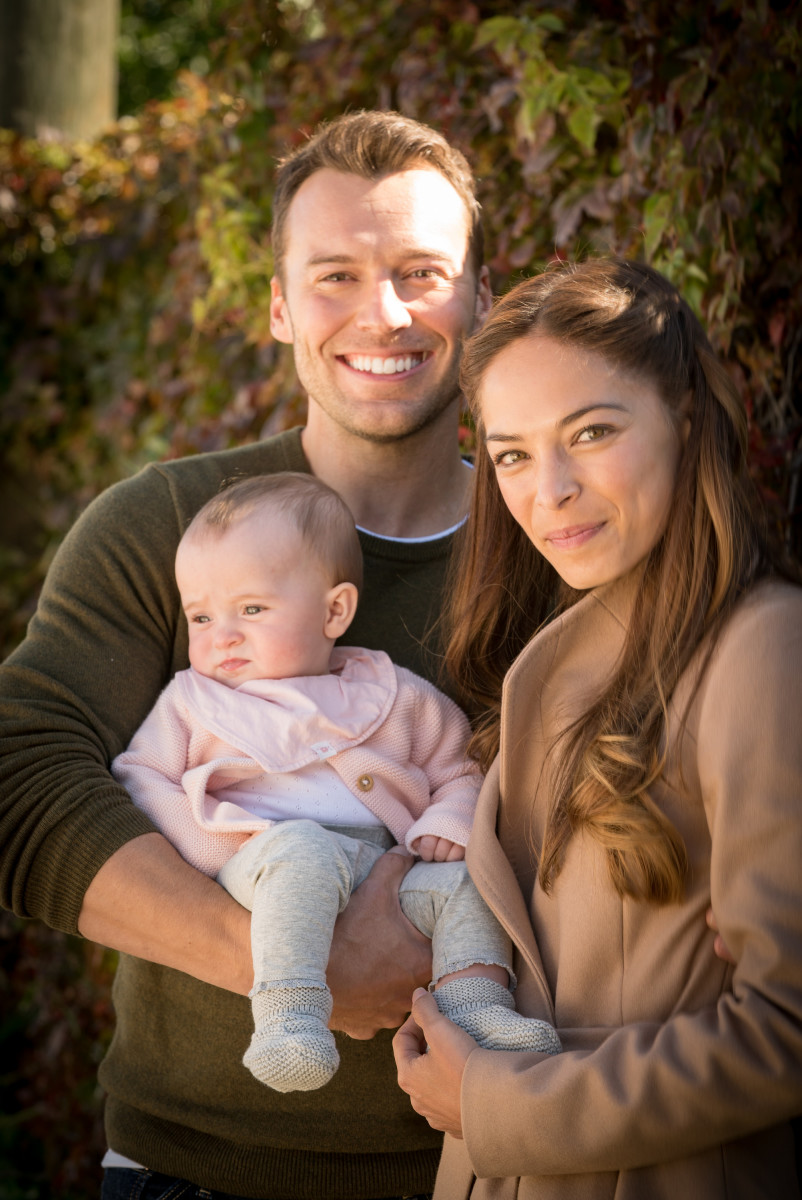 TVLINE | From watching last season, you can tell Joanna has a lot of nervousness about being a mother, and she would probably say she doesn’t have maternal instincts. So how is she adapting to motherhood, while also juggling this really demanding case?
She’s struggling. Billy and Joanna don’t have a big support network. Joanna’s mom isn’t really a part of her life, and Billy’s dad has a legacy of alcoholism and abuse, so they really don’t have anybody. Joanna’s refuge is work. It’s where she goes to feel safe, it’s where she goes to feel competent when she feels insecure. So it’s a difficult thing for her, because they can only take the kid to daycare, and she struggles to breastfeed so she doesn’t feel like she’s succeeding. It kind of is this self-fulfilling prophecy where she needs to feel confidence, so she goes to work, which means she’s not with the kid and not bonding with the kid, and it is this really tough cycle. And Billy has some maybe old-fashioned perspectives about her maybe taking more time off work….

TVLINE | Watching the screeners, I questioned some of the things he said to her.
Yeah, I think that’s a big part of it. Billy is a lot more traditional… All of these things kind of come to a breaking point, like they always do. His perspective isn’t correct, and Joanna’s perspective, obviously, isn’t 100-percent correct either, and they’re both just really struggling with their old belief system. Billy’s mom was always there, she didn’t have a job. She was constantly present and now she isn’t around because she’s passed. So he has a romanticized vision of what a mom is supposed to be. They’re both facing really flawed understandings of what it means to be a parent and what love looks like and how it looks in a relationship, as well.

TVLINE | How much pressure is that difference in values and views and the demands of parenthood putting on Joanna and Billy’s romantic relationship?
It does put pressures on their romantic relationship. It’s interesting, because this season they don’t feel particularly connected, romantically, although it’s clear that they love each other. It takes this season for them to kind of come back together in a way that’s healthier. Their tension isn’t the main point of the season, but they’re definitely not having an easy go of it. They’re not sleeping, they’re exhausted, they’re working. And then stuff comes up from Joanna’s past, as it always does, that puts them in an even more difficult situation. 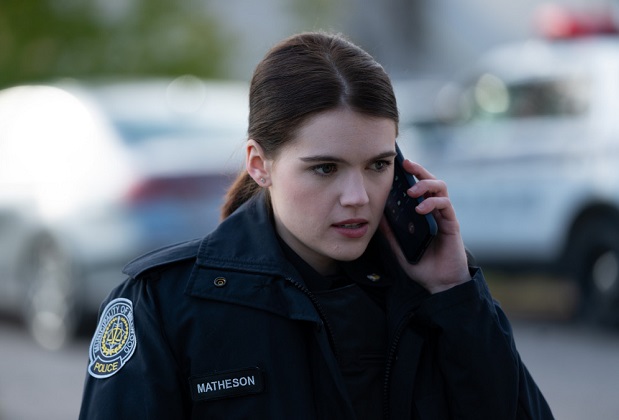 TVLINE | Since this is the last season, were there final-season touches that you were able to put on it, in terms of bringing back old characters or closing up lingering questions and storylines?
Yeah, with Taylor’s storyline, there’s some amazing closure. She’s chosen to go back to Millwood, which she never thought she would do. She’s had to give up her dreams because of her father and his choices, and she’s had to recraft an entire life. Towards the end of the season, she gets to have this incredible moment of closure that’s really satisfying. Taylor’s storyline is quite beautiful this year.

Same with Luna, who this year is looking at how she’s going to enact the change she wants to see in the world. Is it going to be through the system that exists? Or is she going to try and do it outside of those systems? She’s in her early twenties and very much an activist at heart and has a brain, so she can choose almost any avenue she wants to take. That storyline is really lovely to see how she decides to move forward to help people in her life.

TVLINE | It was recently announced that you’re going to be in Amazon Prime’s Reacher. Coming off four seasons on Burden of Truth, what were you looking for in your next role?
I was looking to develop stuff, which I’m also doing right now, but my agent loves the Reacher books. [Laughs] Like, he’s obsessed with them. So this was a fun thing. I could stay home in Toronto, and it’s a small-ish role, so I could do schoolwork and go and play a southern gal from Georgia on a massive action series. They have so much money, it’s crazy!

Want scoop on Burden of Truth, or for any other show? Email InsideLine@tvline.com and your question may be answered via Matt’s Inside Line.