Due to the show’s unfortunately preemptive demise, the stakes for Thursday’s series finale of Good Girls were higher than ever. And by the end of these final two hours, not one, but two faces landed themselves behind prison bars.

But that wasn’t the only big change the ladies’ last hurrah served up. Families were made and destroyed, and an epic shifting of power (finally!) occurred right in front of our eyes. And, of course, Beth Boland learned what we had more or less suspected all along: No matter how hard she tried to change, her criminal intent was — and will always be — in her blood.

So who took the fall, who made it to Nevada and what cliffhanger anxiety are we now left with for the rest of our TV-loving lives? Let’s recap!

‘WE’RE EVEN’ | Beth is polling very high in her run for city council, and a win could certainly help her and the agents. She tells Phoebe and Dave that she knows Nick can be taken down for money laundering, bribery and extortion, and it’s all wrapped up in Nick’s plans to create a “friendly neighborhood rec center.” But, the agents throw a curveball, forcing the women to get the info they need without a warrant.

The women use Annie’s “hoo-ha” to get inside the city’s office building, but once there they find Nick’s office is sealed tight with some sort of electronic scan reader. Mission: Unaccomplished. 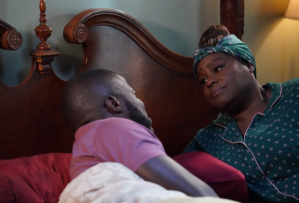 A conversation with Kevin about dating apps gives Annie an idea. She once again uses her “hoo-ha,” only this time she goes on a date with Nick’s assistant, Scott, who has the exact keycard they need. She borrows the dude’s coat, uses his card to scan into Nick’s office, and while Beth gets to photocopying all of Nick’s dirty deeds, Annie hightails it back to the bar.

Beth gets phone records, bank accounts, names, numbers and more, but when she gets back to the car to report her findings to Ruby, Vance is waiting for them. “None of this looks good for a lady who’s tough on crime,” he says.

When Beth gets home, she’s not happy with Dean. Vance is now blackmailing Beth to convince the city to plug his face creams for use in city hotels and convention centers. She’s too disgusted to talk any further, but on her way out of the room she says, “I really did want Nevada.”

When a key turns up in the wrong spot, Nick looks at the night logins. He figures it all out, and brings a photo of Annie and Scott to Rio, who finds the fact that his brother/cousin got played to be prettaaaay, prettaaaay funny. But when Nick confronts Beth about it, she asks what happens next (expecting murder to be her punishment for conning him). But that’s not Nick’s style. He knows people. He also knows Dean and Annie’s records, and that with a simple phone call for Ruby’s tax returns, she won’t be able to afford Harry’s private school. If this was a chess match, Nick would surely be calling: Check.

In the final moments of hour one, Rio shows up and says Beth hurt his feelings. If she needs something, all she has to do is ask, he says. “He’s in our way,” he says. The two sternly lock eyes.

‘NEVADA’ | At the top of the finale (sad face emoji), Beth learns she officially won the election. However, Rio blows off a meeting with her and the agents, and when she visits him to ask where the hell he was, he slides an envelope her way. “To keep your hands clean,” he says.

Dean and Stan turn up the heat on Vance. They want their wives left out of whatever BS the pyramid scheme owner has planned. They threaten physical violence, and Vance hands them a bat. “The only way you’re going to shut me up is to kill me,” he says, and YES, DEAN, JUST DO IT PLEASE. (Sorry, Breckin Meyer.)

As Beth gives her acceptance speech to the press, Ruby and Annie leave envelopes marked “PRESS” on windshields. The journalists begin asking Beth if she knew that Councilman Nick used city projects for kickbacks and money laundering. Beth defends him, and says she’ll do anything she can to maintain the community’s trust. Meanwhile, Nick’s phone is blowing up, and for the first time, the guy is shook.

Phoebe and Dave give ol’ Nick a visit. Nick turns the table on Rio, strongly implying that his “brousin” is the cause of it all. “But his name isn’t on any of this,” says Dave. All of the companies in question are actually run by their grandmother. Looks like granny’s gonna need a lawyer. 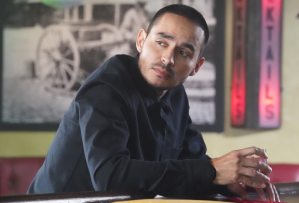 At the next meeting of the bros, Vance (who is, sadly, very much still alive) announces the company is kickstarting a hair care line. And he wants Dean and Stan to head it up.

Ruby finds Vance to be just as annoying as I do, so she seizes the moment to pitch the family’s relocation to Nevada. And who’s gonna pay for that, Stan asks. Ruby pulls out envelopes full of cold, hard, beautiful cash.

Annie pitches a getaway to Kevin, who’s back living in a homeless community. She bought an RV and wants him to go on a permanent Spring Break with her.

Mick shows up to Beth’s house, and if we’ve learned just one thing on this show, it’s that whenever Tattoo Man arrives unannounced, it’s never a good thing. He puts on black gloves and pulls a gun on her. “My kids are upstairs,” Beth says. So he puts a silencer on the pistol, AND SHOOTS HER DOWN.

IT WAS ALL A DREAM | In the very next scene, the Bolands are in a brand new house, and Beth’s sporting a bandaged shoulder. In this alternative… whatever it is… Annie wakes up on a couch outside her RV with Kev. They’re parked in a Nevada desert somewhere, along with Ben. Meanwhile, Ruby and Stan don matching orange shirts. They’re also out west with their plan of kickstarting a nail salon. Is this all too good to be true?

During a routine trip to the grocery store, Beth finds herself in the middle of a robbery. She tells the amateur thug not to bother: Not only do they clear out the registers in the morning, but the manager likely already signaled the police. And if he tries to snag her purse, she’ll just stall him, and the cops will be right outside. “Do you want to die?” he asks. Her response: “Kinda.”

What the women underestimated was the toll the move would take on their kids. Ben’s new team won’t let him change in the boys’ locker room, while Sara’s health issues take a turn for the worse. Annie and Ruby begin to second-guess their decision, but Beth tells them they’ll get through it. “I’ve been knitting.”

And just as this series began, the women don their new masks and hold up the grocery store. Beth is shot by a carrying customer, and as she bleeds out in “Nevada,” she sees an apparition of Fitzpatrick. “What did you think was going to happen?” he asks. “You can’t run from who you are, Beth. How many times have I told you that?”

When she wakes up, we see that Nevada was all an illusion. As police swarm her Michigan home, she’s asked who shot her, but she says she doesn’t know.

CHANGE OF PLANS | Beth tells Ruby and Annie that she’s not going to Nevada after all. She’s come to the conclusion that nothing will be different. “Except you won’t be a criminal,” says Ruby. “Exactly,” Beth replies. The women say she’s lucky Mick missed, but Beth knows better. Mick left the gun behind on purpose. 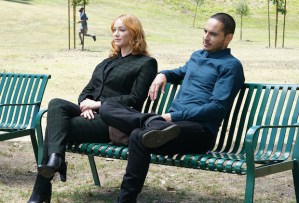 Rio then visits Nick… who is behind bars! “You’re gonna leave her be,” Rio tells his cuz. But Nick already has a play in motion. The gun Mick used was the gun that killed Lucy. The same gun that previously had Beth’s fingerprints allll over it.

Annie, meanwhile, tells Ben and Kevin that she can’t go to Nevada because she’s in a little bit of trouble. (Understatement of the century.) We then see Annie put all of her credit cards, her phone and her ring inside a large envelope. She stands up and an officer slaps bracelets on her wrists. (Perhaps this is what Nick meant when he said he could “makes things more difficult?” Or did Annie ask Mick for a certain favor a few episodes back?)

Ruby tells Stan they need to wait to make their move, but he says she can meet them out there when she decides which family she wants to be with. Ouch.

During the last park-bench meeting with Rio we’ll ever be privy to, Beth tells him that the best part of all this is: “You work for me now.”

“You got it, boss,” he dutifully replies.

It’s literally the moment we’ve been waiting for all series long. And it’s the last we’ll ever see of Good Girls.

Despite the circumstances, did you like how it all shook out? We know you’ve got thoughts, and we want to hear ’em. Grade the episode and season below, then light up the Comments!