Warning: The following contains spoilers for Tuesday’s Season 8 and series finale of The Haves and the Have Nots. If you don’t already know how it ended, you might want to watch before beginning this article.

Tyler Perry, how could you? After eight seasons, each one more gleefully off the rails than the last, The Haves and the Have Nots’ creator wrapped his popular OWN soap Tuesday with not just one exclamation point after another but several big question marks. (Read the full recap here.)

Sure, the auteur gave us closure on our relationships with Candace (dead), Benny (dead), Wyatt (finally dead!), Jim, Katheryn, Jeffrey and Madison (dead, dead, dead and also dead). And it felt safe to assume that long-suffering Hanna was going to inherit all of the Cryers’ money.

The Haves and the Have Nots Finale's Eight Most Shocking Moments 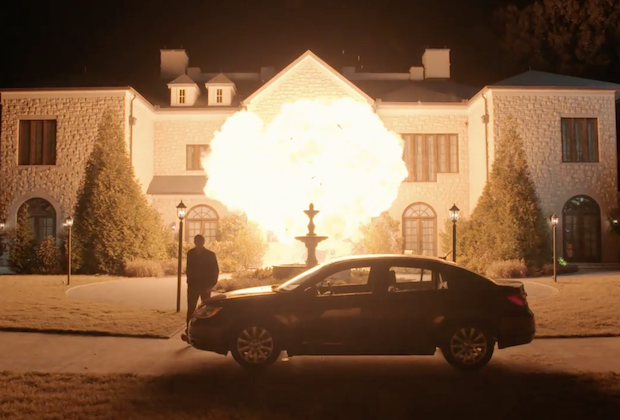 But, um, what about the series’ resident queen of mean, homophobic harpy Veronica? We were led to believe that she was gunned down by her own hitman Marco and his new partner in crime, Akil. However, she’d also been dressing up maid Laura to look just like her — and we never got a closeup of the victim. Did Veronica cheat death?

And what about her ex, David? When Jeffrey opened the box containing the bomb that blew him and Madison to smithereens, David was just about out of the room. Could he have survived the blast to avenge his son’s death by going after Justin’s psychotic brother, Tanner?

Speaking of whom… was the beating that he and his goons gave out-and-proud Colby prior to the series finale fatal? We never saw Madison’s pal again to find out!

Finally, since president-elect Charles had just learned that Candace was carrying his baby, how would he react to her murder? Jim did the deed, yes, but it was the Malones who delivered the politician’s babymama to her nemesis. What kind of hellfire would he rain down on Vinny, Sandy and their kin — and would Mitch step up and become the new new Mama Rose afterwards?

What do you think, Haves and Have Nots fans? We need a movie or something to tie up these loose ends, don’t we?