A lovers’ spat between Melissa and Josh sets the stage for a grand duet — and a (potentially) age-inappropriate date — in Schmigadoon! Episode 2.

After Danny Bailey “wins” a drunken Melissa at a picnic basket auction, Cecily Strong’s character succumbs to the town rapscallion’s charms and gets her very own musical number.

The Summer Stock-inspired “Enjoy the Ride” follows Melissa and Danny as they sing and dance their way through a carnival for two. Tonally, this duet is unlike any song that comes before it: Melissa is both fully aware that she’s getting her own musical number and fully embracing the theatrics of it all. That duality spoke to Strong, who says she, much like Melissa, was a musical theater nerd living out her wildest dreams.

“That’s why I felt OK about the [imperfect] dancing, because I’m not one of these performers,” she tells TVLine in the video above. “I am truly, in real life, a woman that really loves musicals and is pumped to get her own number… It was a little bit freeing, knowing that I didn’t have to be able to dance like Aaron [Tveit] and still be able to dance next to him. It’s more about, like, ‘look how much fun she’s having and look how freeing it is.'” 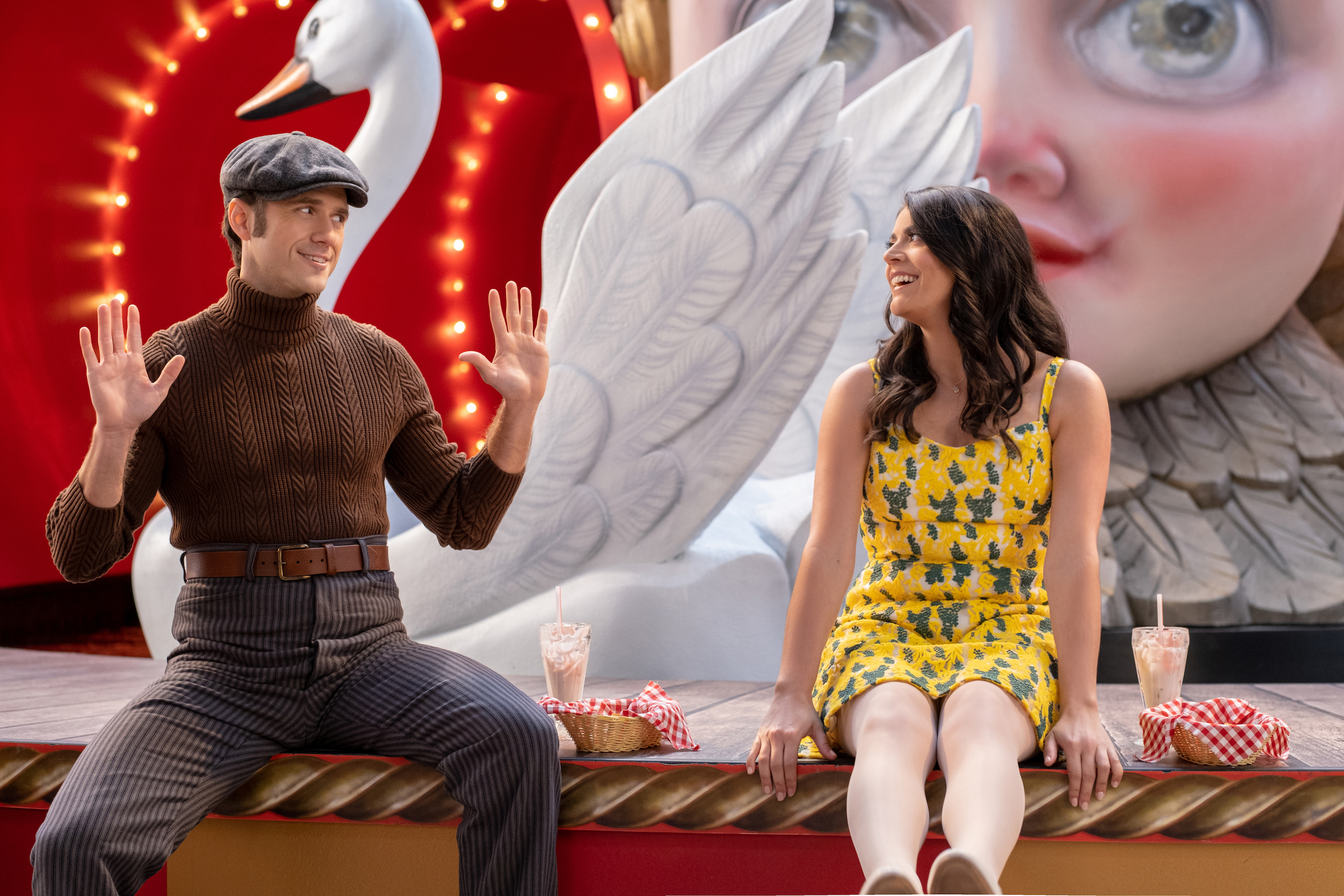 Reflecting on the routine, Broadway veteran Tveit tips his hat to the series’ choreographer, Chris Gattelli. “I think much like the music borrows from these wonderful classics, Chris really let classic dance and classic choreography influence all of these [original numbers],” he says. “We talked a lot about… this great number from Summer Stock with Gene Kelly and Judy Garland, and that was one of our big references [here].” (To learn how Gattelli choreographed the opening number in Episode 1, click here.)

As Melissa and Danny make their way through the Tunnel of Love, Melissa’s ex-boyfriend Josh embarks on his first date with ditzy farmer’s daughter Betsy. As the temptress attempts to appeal to her suitor using a variety of suggestive picnic snacks, Josh becomes more and more concerned about knowing her real age. 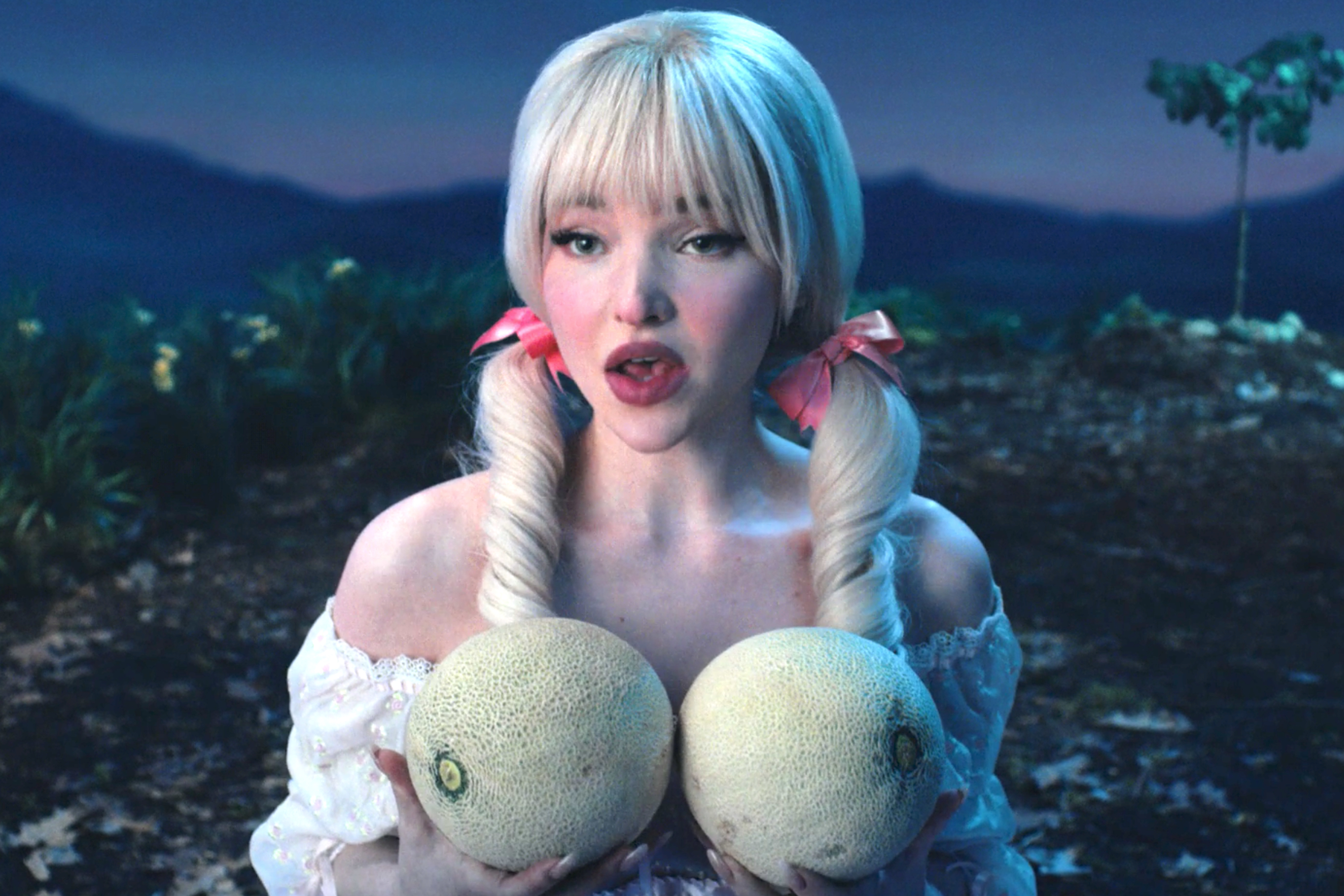 “I think that’s one of the funnier parts of the character,” portrayer Dove Cameron says. “[The age ambiguity trope] is something I would have never articulated before watching a musical, but it’s so true.

“The funniest part of it is that Betsy is a nonperson, so there wasn’t really anything to deconstruct,” Cameron points out. “The whole joke is that she’s, like, an idea [of a person].”

Watch the Q&A above for more insight into Tveit and Cameron’s characters — and to find out which food-related sight gag tickled Cameron the most — then weigh in on Episode 2 via the following poll.