The Good Fight is bringing some degree of closure to Hugh Dancy‘s truncated arc as attorney Caleb Garlin, specifically with regard to his burgeoning romance with Audra McDonald’s Liz.

As you’ll recall, when last we saw Liz and Caleb in Season 4 (before COVID-19 brought the season to a premature conclusion) the co-workers had just begun to navigate their hush-hush workplace romance. In this 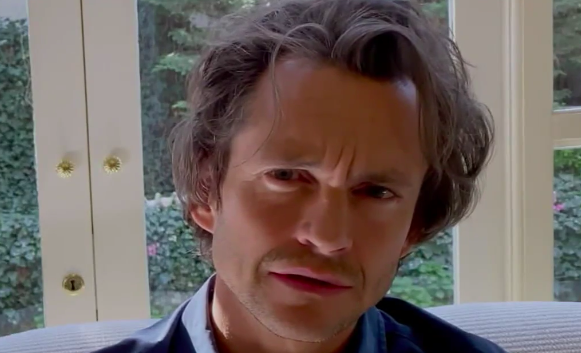 week’s second episode of Season 5 (now streaming on Paramount+), Dancy’s Caleb appears briefly via a Zoom call with Liz, during which it is explained that their relationship became a casualty of the pandemic, with Caleb decamping to the West Coast to be near his family.

Series creators Robert and Michelle King are now pulling the curtain back on the original — and rather incendiary — ending they had envisioned for the couple, a conclusion that was intended to play out during the ill-fated final three episodes of Season 4.

“We planned to do an episode about the tension with an interracial couple when the police insert themselves,”  Robert King reveals.

The scrapped story involved a brick being thrown through a window in Liz’s home. “The police arrive and there’s just this massive tension about how the world has changed for interracial couples,” he explains. “The police might be more deferential to the white guy even though they are in Liz’s beautiful house. We were going to look at how a relationship that has been taken to every other level gets disrupted by the real-world.”

Adds Michelle King: “It would’ve played along gender lines, too, because it’s male officers that show up. And they pay more attention to [Caleb]. Then the question becomes, ‘Is it racism? Is it misogyny?’ It makes it difficult to parse. That was a story we had to cut.”

Elements of the plot will live on, however, in an upcoming Season 5 episode that focuses on police brutality. “We use parts of it [this season],” Michelle King confirms, “but we weren’t able to use the [Liz-Caleb] piece.”