We’ve got questions, and you’ve (maybe) got answers! With another week of TV gone by, we’re lobbing queries left and right about dozens of shows including Evil, Kevin Can F**k Himself, The Flash and The Blacklist!

1 | What was the best moment from the Elite Season 4 finale, and why was it Guzman telling Samuel that he would have made a great brother-in-law?

2 | Since no one on Charmed seems curious enough to ask, we’ll step up: Who the heck fathered Mel’s baby from the future?

3 | Physical‘s Sheila and Kevin Can F**k Himself‘s Allison would probably be best buddies if they, you know, lived in the same decade (and state), don’t you think? 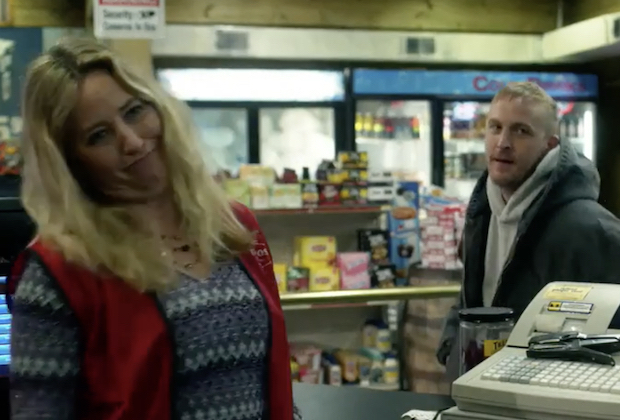 4 | Did you spot Gotham alum Robin Lord Taylor’s brief appearance in Kevin Can F**k Himself Episode 1? Surely he’ll be back in a more significant manner, right?

5 | Can you imagine how scary Evil will be when/if it is actually written and filmed for a streaming platform?! And how much did you jump when Lexis chomped down on the dentist’s finger?

6 | Anyone else a little miffed that we still don’t know who shot The Chi‘s Douda,  now that the show has caught up to its flash-forward?

7 | Didn’t this week’s Legends of Tomorrow feel like a season finale? (Which is fitting, we suppose, since the team traveled back to last season’s finale.) Also, was it the best episode yet in a so-so season?

8 | If contestants on The Bachelorette can just band together and get rid of an annoying troublemaker like Karl, don’t you kind of wish they had started doing this, like, 10 seasons ago? 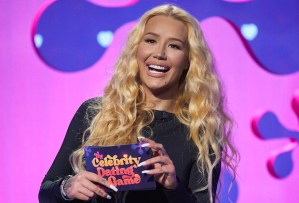 9 | Will The Celebrity Dating Game ever clue us in on the backstage “ice cream” that Zooey Deschanel is always sending the castoffs to go enjoy? And were you laughing along with Iggy Azalea as the bachelors guessed her to be seemingly every (non-Australian!) pop star but herself?

10 | On The Republic of Sarah, was the swiftness with which the show handled Sarah’s trial jarring, or welcome? And did you believe Sarah when she said Josh wasn’t Danny’s son?

11 | Yes, I’ll Be Gone in the Dark‘s Joseph DeAngelo was a monster. But when the deputy district attorney made the parallel between how DeAngelo altered his prison lighting and how he manipulated the lighting in victims’ homes… did it feel like a little bit of a reach?

12 | Has The Flash been nearly devoid of any meaningful stakes as of late? Like, what, are we supposed to be rooting for Joe to help Kristin Kramer find her brother…? Did someone out there need closure on Allegra and Esperanza making nice…?

13 | During Superman & Lois’ trip down memory lane, how much did you love that instead of being smitten with Superman, Lois was in love with Clark? Also, in all that time that Lois’ colleague was covering the Superman beat… what was he calling the local superhero on front pages? 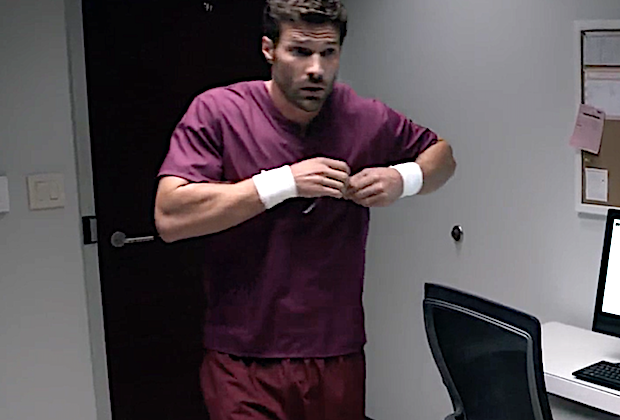 14 | After The Haves and the Have Nots‘ Wyatt choked out Madison and stole his scrubs, why did the nurse’s top and bottom suddenly no longer match?

15 | Does Adult David own one set of sheets on David Makes Man? And why did he give the new set to his mom, only to have no sheets for his booty call? Also, did you miss Young David and Young JG as much as we did?

16 | As nice as it is to know that The Blacklist is coming back for a ninth season, didn’t the early renewal sort of undercut any narrative tension that the finale tried to create?

17 | Why is Sistas‘ Gary so eager to marry Andi? She hasn’t even met his son yet. Is he up to something, or just a hopeless romantic?

18 | Now that Generation‘s Megan has accepted her son’s dare by attending the fundraiser at Hamburger Mary’s and performing karaoke there, do you think her relationship with Nathan will start to change? And any thoughts on Luz standing in the way of “Rileta’s” true potential? (Girl’s gotta GO!) 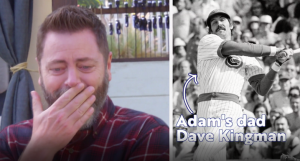 19 | Was there a more joyous moment this week than Making It host/Illinois native Nick Offerman realizing that a maker’s father was Chicago Cubs slugger Dave Kingman?

20 | If Clarice gets renewed, somewhere, for Season 2, do you think we’ll get to see Starling’s reunion with her mom? And will Ardelia join ViCAP?

21 | Following United States of Al‘s strong finale, are you hopeful that Season 2 will lean into the drama a bit more and focus on Riley’s PTSD? And just how soon do you think it’ll be before Riley and Vanessa get back together?