When Season 6 neared its end, you will most certainly recall, Jerry “found” himself in the middle of an officer-involved shooting, with both Haitian war criminal Jacques Avril and his right-hand man Remy Toussaint down for the count. Whether Jerry’s shooting of Avril was “good” or possibly premeditated was left up in the air for viewers, though IA (if not quite Harry) eventually, mostly cleared him.

Whatever the case, Jerry has not been faring well since, and for much of the farewell run, it will test his partnership with Harry as they work a case of arson that killed, among others, a little girl, as well as a double homicide that lands someone close to them in the crosshairs.

TVLine spoke with The Wire alum Jamie Hector about Jerry’s journey during these final eight episodes, and whether — if he makes it out alive! — there is a place for J. Edgar in the announced IMDb TV spinoff. 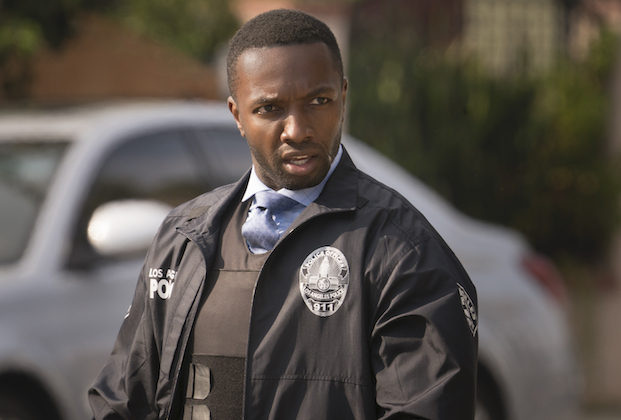 TVLINE | Jerry has quite a journey ahead. Coming out of last season’s questionable shooting, how would you say his feelings have been manifesting themselves?
Oh, painfully. Jerry’s feelings are all over the place. They’re uncontrollable, basically overwhelming and taking control of every aspect of his life. I mean, he’s done something that he has to grapple with, something that he has to wrap his mind around, and it’s bigger than life for him right now. When you’re in the eye of the storm, it hard to see out, you know? So he’s now trying to figure out a way to either go deeper and just live in it, or find his way out –and it’s not going to be easy.

TVLINE | Is this going to knock him off his game to a point that Harry might notice?
You know what? As it should. As it should. Jerry is a person that feels deeply. He’s a person that appreciates life and respects life, and he enjoys life, so anything that throws him off of his game, everybody would notice. You’ll notice it in the way that he dresses, maybe in the way that he walks, in the way that he shows up — or doesn’t show up. So yeah, Harry might notice, and these are questions that are definitely going to be answered in Season 7, and hopefully he makes it out through the other side.

TVLINE | Remind me, are we supposed to still be wondering exactly how the shooting went down?
I think you are, because based on the way you see it as the viewer, what was [Avril] doing? Was he about to pull the trigger? Was he not? 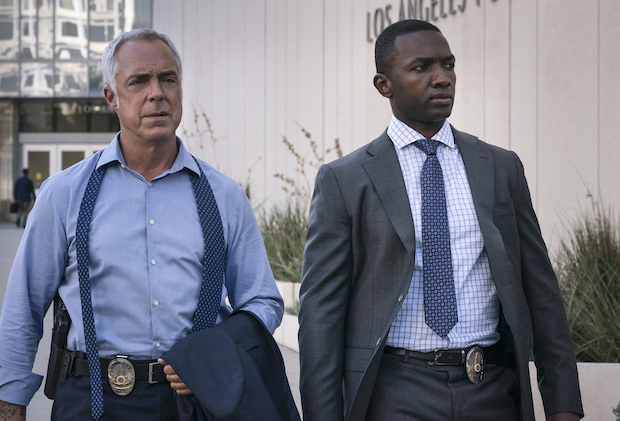 TVLINE | How does the tension brewing between Jerry and Harry differ from what went down between them at the end of Season 3, with the whole Ed Gunn thing?
Oh, it differs because it might get a little physical, you know? It may get a little physical because we’re both on cases that we’re trying to solve — serious cases, I might add, because it’s one thing when people lose their lives, but when a child loses their life, it affects everybody differently, as it should. And because of that, everybody needs to come with their A game and leave no leaf unturned. And if any one of you decide to slack, drag your feet, not show up, well, that’s not what we signed up for. So, will that create tension? I would assume so, because one of us might show up a little late, which is unacceptable. We’re trying to bring closure — though there’s never really closure — to a family that lost a daughter that everybody refers to as “The Little Tamale Girl.” But everybody counts or nobody counts, that’s the center of the show, and we will not allow anyone to refer to her as “The Little Tamale Girl.” She has a name. 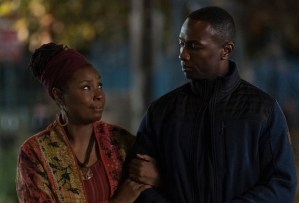 TVLINE | What’s it going to take for Jerry to come out of this as close as possible to being the best man, to the best cop, he can be? What is he going to need to go through? Who is he going to need to reach out to?
It’s going to have to be an activity that’s bigger than him. It’s going to also have to be friends and loved ones that just don’t give up on him. That’s what he needs, just like every other human, right? I mean, that support system is so necessary, that willingness to let your friend know, “Look, man, we’ve got to talk.” “All right.” “Oh, I’m on your heels again tomorrow. We’ve got to talk. Wake up. Snap out of it.” And then something bigger than life happens, and that thing can be the spark to wake you up if you’re willing to wake up. Like, “OK, I’ve got to fight this fight, and I’m not by myself.”

TVLINE | What can you say about where the series is heading with these final eight episodes? What does the finish line look like?
The finish line is like at the end of the rainbow — you find a treasure. Everybody’s case comes to a close. Thank you, Amazon, for giving us the opportunity to close out like this and letting us know that this would be the last season, instead of dropping it on us. Sometimes as a series, you think you’re going to have eight, nine seasons, and then you’re shooting number seven, thinking you have two more to go, and you realize this is the last one. “We ain’t even closed out!” [Laughs] No, we had a chance. Eric [Overmyer, who developed the series] and [author] Michael [Connelly] and the rest of the team, they had a chance to close it out, to close the storylines out, and everyone has the chance to actually express who they truly are.

TVLINE | I noticed that, yes. In the five episodes I have watched, at least, the story is really well divvied up between everybody. Amy Aquino gets a lot of great stuff (as Lieutenant Billets), Lance Reddick gets a lot of good stuff (as Chief Irving)…. That’s really nice.
It’s really nice. It’s Season 7, so we’ve been together for a long time. We know each other. We love each other. We work well with each other. There is something to be said when you have great writers, and they write, and they write. You guys don’t see the amount of drafts that we go through, so when I was reading the storyline for Amy, I got so excited, because I know how passionate she is in life. And then when you see what Lieutenant Billets is able to actually bring to life, when you give her the words, when you give her the material, she’s going to deliver. I was just excited to see her work and her storyline just grow the way it did. It’s exciting.

TVLINE | In a scenario where Jerry makes it out of these eight episodes alive, is there an opportunity for you to pop up on the IMDb TV spinoff?
You know, it’s a possibility, right? Again, like, I just don’t see how these worlds don’t come together, especially since “the cream rises to the top.” If you’re great at what you do, you’re going to mingle with the great, and Jerry Edgar’s really good at what he does, and Harry is really good at what he does, as well as the rest of the team. So, there’s a strong possibility. I wouldn’t doubt it.