Elite rang in the New Year with yet another murder and a bittersweet farewell to a couple of Las Encinas students in the Season 4 finale.

Ahead of Prince Phillipe’s big NYE bash, neither Guzman nor Samuel are thrilled with Ari’s declaration that she loves them both and can’t imagine leaving either one of them. (Girl, what did you hope that confession would accomplish?) Samu calls out Ari for not really taking a stand, and it’s worth noting that he seems more concerned about losing Guzman’s friendship than about Ari. At the party, Samuel asks Ari, who’s indulging in booze, to leave him alone and not tempt him anymore since it’s obvious that she only loves one of them. Poor, clueless boy. Ari later sends Samu a message to meet her on the dock so she can explain herself. But Samuel and Guzman get into a brawl in the midst of the New Year’s countdown, and Samu’s phone flies onto the ground, where Guzman sees the message and realizes it’s Samuel that Ari loves. 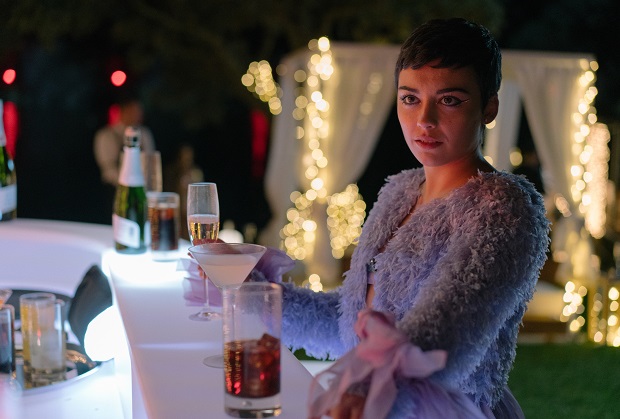 Meanwhile, Ari’s gone to the dock to confront Armando, now knowing the full truth about his involvement with Mencia, thanks to Rebeka. Armando, however, isn’t intimidated by Ari’s threats that her dad will ruin him and attacks Ari. Guzman arrives on the dock as Armando is beating a nearly unconscious Ari, who tells Guzman to go after Armando. As Guzman chases down Armando and fatally shoots him in the back with a flare gun (!), a still inebriated Ari gets up to grab her phone and falls into the lake. Before Ari is eventually rescued and the authorities arrive, Samuel and Rebeka encourage Guzman to cover up his involvement in Armando’s “disappearance” and help him dump the body into the lake.

Elsewhere, Omar and Ander’s endless relationship rollercoaster continues, with the exes getting back together. But after Omar overhears that Ander has put off his trip for the second time because of him, Omar tells Ander to go. He promises to wait for Ander, although they’ll do their own thing, because they’re not Guzman and Nadia, Omar adds with a smile. 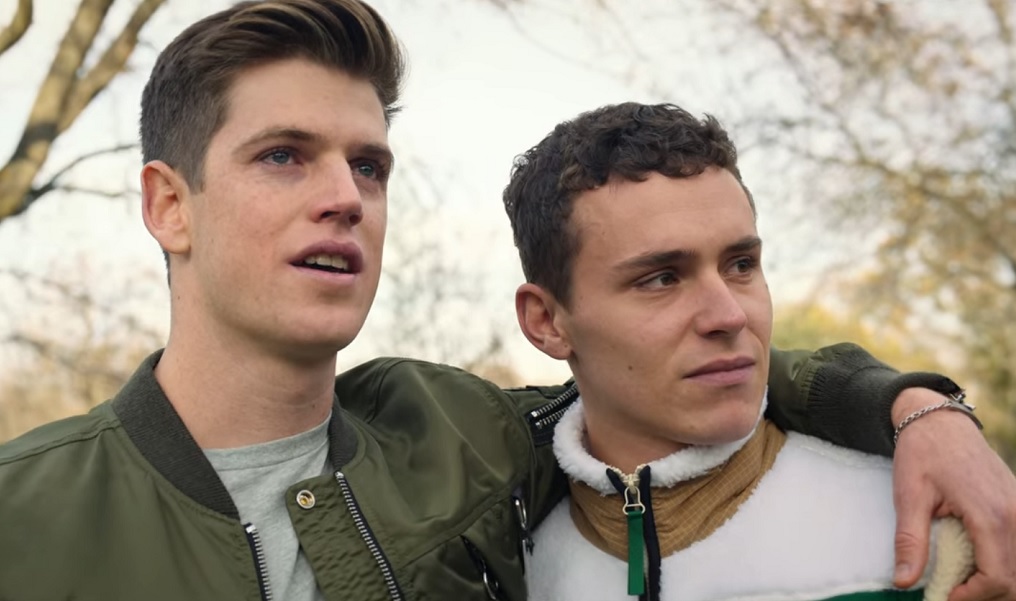 Speaking of Guzman, he decides to pack up and join Ander, bidding a sweet farewell to Samuel (“You would have made a great brother-in-law,” Guzman says). Guzman asks Rebeka to never reveal to Omar and Cayetana what they did to Armando. Omar and Ander, meanwhile, exchange tearful declarations of love before Ander and Guzman drive off. (Here’s hoping Guzman’s travels eventually take him to New York to reunite with Nadia. But he better drop the “Nadia chose her future over me” ‘tude!)

* Rebeka spots Armando threatening Mencia and kicks him into a boat, paving the way for her and Mencia’s reunion. Not knowing that Armando is dead, Mencia worries that he might show up at any moment. So with Ari by her side, Mencia finally tells her dad the truth, and he responds by breaking a glass table.

* Phillipe’s mother has a talk with Cayetana about men’s biological vigor and how women can harness it, encouraging her to attend the party on Phillipe’s arm. Cayetana does go to the event, where instead of posing with Phillipe, she tells his mother that the problem with her son’s vigor isn’t his biology, but how he was raised. “Screw them,” Ari whispers while posing with Cayetana in one of her designs. As for Phillipe, he calls the girl he previously sexually assaulted to admit to what he did and apologize.

* In the hospital, Guzman tells Ari that Armando got away from him. Ari apologizes to him for her behavior, and Guzman confesses that he read her message and knows she loves Samuel. He asks her to forgive him for all the bad times and hopes the good times outnumbered them.

* Jilted and hurt after being rejected by both Ander and Omar, Patrick hooks up with a random guy at the NYE party.

* Finally, let’s talk about this season’s quartet of newcomers: Ari, Patrick, Mencia and Phillipe. They were certainly a step above Season 3’s forgettable new characters, but did they capture your attention? Or did they pale in comparison to Las Encinas’ former students (Lu, Carla, Nadia, Valerio and Polo)?

Elite fans, grade the finale below, then hit the comments with all your thoughts on Season 4! (And yes, the show has already been renewed for Season 5.)