THE SHOW | In Treatment

THE PERFORMANCES | The court-mandated therapy sessions between Aduba’s psychologist Brooke and Hickey’s disgraced tech dude Colin have been the most compelling of the HBO revival’s four subplots this season; their contentious relationship has been somewhere between a ballet and a bullfight, with Colin mischievously poking and prodding her and Brooke patiently dodging and redirecting his anger. This week, a season’s worth of frustration exploded in a particularly volatile session, and the intense battle of wills brought out the very best in these two actors.

It started out cordial enough: Aduba was placid and reassuring as Brooke told Colin how encouraged she was by his progress. But when she challenged him on his true feelings about his ex-wife Hannah, they began to clash, with Hickey suddenly getting prickly and defensive. Colin revealed that Hannah is having a baby with a new guy — and that he had a vasectomy years ago. He lied to Hannah about it… and he lied to Brooke, too. Aduba went silent and Brooke’s face went blank as the depths of Colin’s deception sank in. She calmly and clearly demanded he stop lying (“Anything short of complete honesty will be upsetting to me”), and Colin scrambled in a panic, with Hickey displaying the desperation of a man eager to justify his heinous actions. Aduba spoke quietly and precisely as Brooke pointed out how Colin’s lies are what landed him in prison, and she finally blew up at him, yelling that she swore to herself she wouldn’t treat narcissists like him anymore: “It is fruitless, and it is exhausting!” He fired right back at her for judging him from her “super f—king cozy” pedestal before softening and wallowing in self-pity. He had to lie, he said, because “there’s nothing here. I’m not good at anything.” But Brooke held firm and abruptly cut him off: “That’s all the time we have.”

It was a raw, riveting exchange, with each performance feeding off of the other and both actors pushing one another to new heights. The sum of their dramatic work together became greater than the two individual parts. As a collection of extended, unadorned two-person scenes, In Treatment can be a little limited dramatically, but this fiery dialogue, with Aduba and Hickey both at the top of their game, proved that when it works, there’s an electricity to it that’s like nothing else on TV. 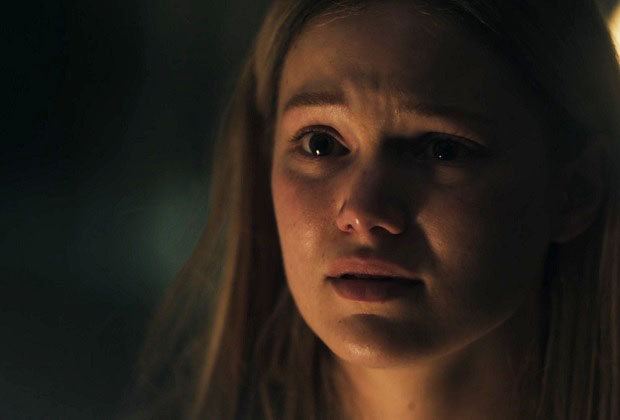 HONORABLE MENTION | In Cruel Summer‘s final interaction between Kate and her kidnapper Martin, star Olivia Holt truly saved her best for last. The scene found Kate meeting the mysterious Annabelle, aka Martin’s gun, which had taken his father’s life. “Are you gonna take mine?” Kate quietly asked, her voice quivering and her eyes impossibly wide in fear. She was no longer the teenager more mature than her years as Holt transformed her character into every bit the vulnerable young girl that she really was. But when Martin dropped the gun and Kate picked it up, Holt exuded resilience and inner turmoil as Kate recognized Martin for who he really was and shot to death the man she had thought she loved. And to add to her already impressive performance, Holt also sang the Smashing Pumpkins song cover that played over the moment (as well as the episode-ending rendition of “Creep”)! 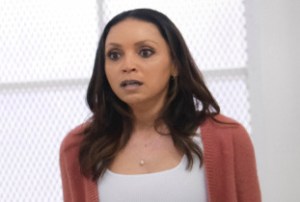 HONORABLE MENTION | In the two-and-a-half seasons since The Flash‘s Danielle Nicolet was made a series regular, she never had nearly as meaty a showcase as this week’s mindscape episode — and boy, did she seize the opportunity to demonstrate all that she can do. For starters, of course it was a thrill to see her inject eeeevil into her glare and sneak smirks as “possessed” Cecile. But Nicolet’s prowess was best showcased in her scenes opposite Grant Gustin, in a psychic prison that resembled one that Cecile years ago called home, upon having a breakdown due to her mother’s death. Inside the mindscape, Nicolet finely navigated Cecile coming to terms with her past, and in a final scene with Jesse L. Martin, got to speak to the topic of mental health and how therapy can be frowned upon in the Black community. It was heavy stuff, but Nicolet carried it with ease.