Will Handmaid’s Tale‘s Serena target a Mark? Will Archer matriarch get her due? What final threat awaits Lucifer‘s Maze? Read on for answers to those questions plus teases from other shows. (Email any new Qs to InsideLine@tvline.com.)

On The Handmaid’s Tale, I was holding out hope that Serena’s baby was actually fathered by Mark Tuello. Is there any chance? –Dee
Short answer? No. But that doesn’t mean that we’ve seen the last of Serena “working” — Yvonne Strahovski’s word — the American agent played by Sam Jaeger. “They’ve both been using whatever relationship they have to their own advantages,” the actress explains. And once Mrs. Waterford realizes the full extent of everything that went down in the Season 4 finale, “I don’t think she’s above reverting to” flirting with Tuello… “She plants these seeds. She sets these things up so that she can use them, if she needs to, if it’s convenient for her down the line. And Mark Tuello is totally one of those people.”

I know “partners turned lovers” has been done before, but Walker and Micki have amazing chemistry and they’d make the most gorgeous couple. Any chance of that eventually happening? –Yvonne
“We’ll see what happens in Season 15,” Jared Padalecki said when we delivered your Q, “but you know, I spent 327 episodes on a show that was about a platonic relationship, a sibling relationship… and that’s probably my favorite kind of story to explore, to not complicate things by sexuality. And so I think it’s wonderful. We don’t have this a lot on TV, where we see a leading man and leading woman just be friends, just loving each other and supporting each other because they want to love and support each other, not because they want to sleep with each other. And so for me, the magic and the chemistry that I feel Cordell Walker and Micki Ramirez have is even more special because it’s not clouded by some urge to kiss her. It’s more like, ‘Hey, I respect this person as a human being, and they respect me, and let’s keep it that way.’ So I don’t see Walker and Micki being sexually involved. I think the magic is that we can see an eligible bachelor and an eligible bachelorette just being like, ‘Hey, I got your back, friend.'” 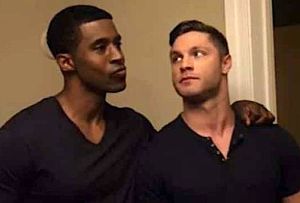 Got anything on The Haves and the Have Nots? I can’t believe it’s ending. — Jayce
Hey, at least you can’t say that it won’t be going out with a bang. As the eighth and final season of Tyler Perry’s wackadoo OWN soap barrels along Tuesday (with a new episode at 8/7c), not only does a jaw-dropping accusation deliver a blast from the distant past, Jeffrey’s boo, Madison, gets naked with probably the last person on the show you’d ever expect.

With the announcement that Archer is returning in August, has there been any word on if Jessica Walter completed voiceover work for Season 12 before her passing? –Harrison
I am told that while Archer was in production on the forthcoming Season 12 when Walter tragically passed, fans can rest assured knowing that Malory is present throughout. 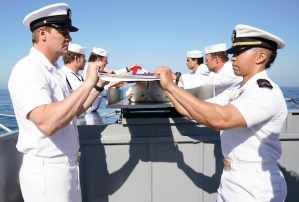 Any scoop on SEAL Team? –Michelle
You can expect to see at least one new face on Bravo, eventually, given how Season 4 ended. “With the loss of Metal, there’s probably another operator that we need to add to the mix,” showrunner Spencer Hudnut told me. “I’m not sure when, but I think you will probably see a younger operator coming into the fold, to give Clay the opportunity to kind of be the ‘big brother’ and really mentor someone.”

I know ABC canceled American Housewife, but are the producers shopping it around to other networks? That cliffhanger can’t be the end! –Brennan
And yet… it is the end, I am sorry to report. The sitcom is not being shopped.

Has there been any word on when Star Trek: Strange New Worlds will premiere? –Andrew
No sooner than the year 2022 (or the Stardate equivalent), is what I am hearing. 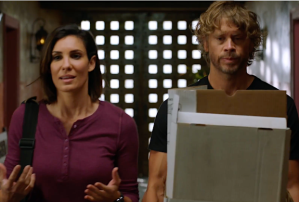 Are NCIS: LA’s Kensi and Deeks ever going to get to have the family they so deserve? –Jeanie
Though the show was wise to finally bring up the adoption option, there still is the matter of whether it’s prudent for two people who regularly defy death to add a child to that life. “That’s been a big dilemma for us as writers, because you don’t want to do something that makes your characters look negligent,” says showrunner R. Scott Gemmill. “Would it be a wise decision to have a child when both of you are putting your lives in jeopardy every day? That’s a legitimate concern for the two of them, and something that we will have to explore as we move forward. Whether Kensi is able to get pregnant or whether it’s going to be an adoption, that’s a tricky one because you want them to be happy, but you also don’t want them to look irresponsible.”

I would like all the information on Season 6 of Lucifer. –E. Cummings
I can’t give you all, but I am happy to share a bit every few weeks or so. (After all, who knows when it might premiere!) For starters, Lesley-Ann Brandt told me that the final season brings “a giant journey” for Maze and Eve, including “a character that is introduced that threatens their relationship in a really big way.”

When is the next time we will get an update from Chicago Fire’s Brett about Foster or her little sister Amelia? –Liz
“Amelia, we were going to do this season, and logistically, with COVID, we couldn’t have a baby on set,” showrunner Derek Haas explained to us. “When we had the baby in the gas station explosion, you never actually saw the baby,” which is also why you didn’t see Cruz with his baby this season. “We just put that on hold, but we’ll definitely revisit that next season.” As for Foster, Haas admits that he needs to write in an update in the future. 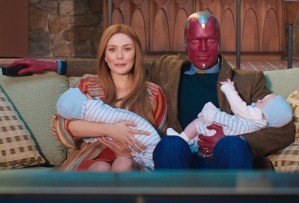 Any word as to whether WandaVision, Falcon and the Winter Soldier and other upcoming Marvel shows will ever be released on Blu-ray? –Jan
Ooh, interesting question, especially for those who love their physical media. Alas, I am hearing that at this time, there are no plans to do so. But never say never!

If you want the Inside Line on a favorite show, email InsideLine@tvline.com! Questions left in Comments will not be read and may count against your final score. (With additional reporting by Vlada Gelman, Charlie Mason and Kim Roots)