THE SHOW | Master of None

THE PERFORMANCE | Tears do not a sympathetic performance make. That said, there is something about watching Ackie’s Alicia cry midway through Master of None Episode 4 over a margarine commercial that tugged at the heartstrings and made us root for this woman on her rocky road to conception. In this particular scene, Alicia was tired, frustrated and hyper-emotional because the hormone injections she took to have a baby were coursing through her body. Ackie convincingly conveyed all of these warring internal sentiments with both her visage and the weepy, staccato way she told her friend about the butter loving “girl with a family” in the television ad. Holding the phone with one hand and wiping away her tears with the other, Ackie allowed Alicia to quietly fall apart as if sadness were taking over her face in a wave that started with a protruding vein in her forehead and ended with trembling lips.

This moment foreshadowed more dismay for Alicia, who dropped her purse and gloves on the floor and stepped into a room off screen to sob upon learning the eggs her doctor initially harvested were no longer viable. Months of more tests, procedures, hormone injections and mood swings followed, and Ackie captivated with every new high and low. When Alicia told her doctor they had to keep fighting because they were “bad bitches,” we chuckled, and when she downed molehills of pills and injected herself, we winced. Soon, she was back on that table. and this time, the doctor harvested 13 eggs, and as Cordelia her nurse exclaimed, five were “good quality.” One of those eggs became the baby Alicia longed for, and when she reveled in this well-deserved and joyous news, Ackie dropped her head and emerged with a smile that brightened her face and ours. 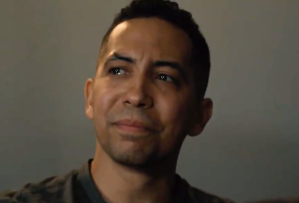 HONORABLE MENTION | What. A. Season. SEAL Team‘s Neil Brown Jr. has had, especially since Ray’s abduction after the cafe bombing in Tunisia. And while the actor invited us along every step of the way, as Ray was subjected to unspeakable tortures and then struggled to internalize it all after, his finest moments came in the season finale, where Ray, at Jason’s urging, met with a therapist to confront his demons. “I’m lying to everyone. But most of all to myself,” he admitted, his voice quaking. “Because the truth is… I have PTS. And I need… I need help.” Even more moving was when Ray later flagged down Naima outside the Bulkhead to open up, at long last, to his estranged wife about the horrors he endured. Opposite an excellent Parisa Fakhri, Brown Jr. showed us how determined Ray was to share his truth, make things right and fight a battle that means more to him than anything outside the wire. 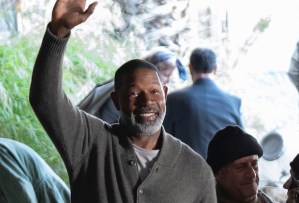 HONORABLE MENTION | In between the rousing interludes of its musical episode, Lucifer drove home the fact that the role of God was very much in good hands with Dennis Haysbert. For not only was 24‘s onetime POTUS a perfect fit as Heaven’s commander in chief, he proved hilariously able to drop some A-plus Dad jokes as God surveyed Lucifer’s work as a police consultant. Whether fixating on Lucifer’s lack of a desk, proudly talking his son up to a POI, encouraging the crowd at LUX (with a shimmy) to “Dance, children!” or barely raising an eyebrow to make Dan shrink inside with the realization that they have (ahem) shared a “lady,” Haysbert was no less than a bit of comedic heaven in Episode 10. 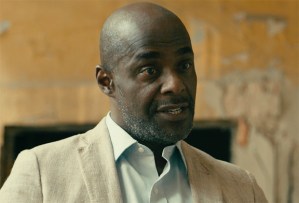 HONORABLE MENTION | The Mosquito Coast staged a mini-Leftovers reunion on Friday’s episode, with Paterson Joseph and Justin Theroux once again sharing scenes — and Joseph’s appearance yielded some of the Apple TV+ drama’s most compelling moments yet. As Joseph’s character denied that he was Allie’s dark web contact named Calaca, the actor sauntered across our screens with undeniable magnetism, eyes practically glimmering as he taunted and interrogated Allie. Even as Allie remained in real peril, Joseph brought an irresistible fun to the men’s conversation with every line reading. And when Joseph’s character was revealed to be Calaca, after all, we were doubly impressed by his ability to soften Calaca’s personality right away, showing us a man ashamed of who he’d allowed himself to become.