You don’t know me. I’m not an official member of Team TVLine. I’m someone who has suffered through IVF as a single woman. I should also tell you I’m doing fine (No really, I’m fine. Seriously!) So when my friend (who just happens to be TVLine co-founder Michael Ausiello) suggested that I watch and potentially write about the Season 3 episode of Netflix’s Master of None that pulls the curtain back on a single woman’s IVF experience, I was thinking, um, hard pass.

You see, I hadn’t really talked much about my fraught history with fertility and IVF. In fact, no one outside of my social circle knew about the four-year journey that had found my 40-plus-year-old, single self attempting to get pregnant with donors, struggling through IVF and suffering three miscarriages. So frankly I was a little scared of dredging up the feelings I’d packed away in my emotional baggage five years ago. 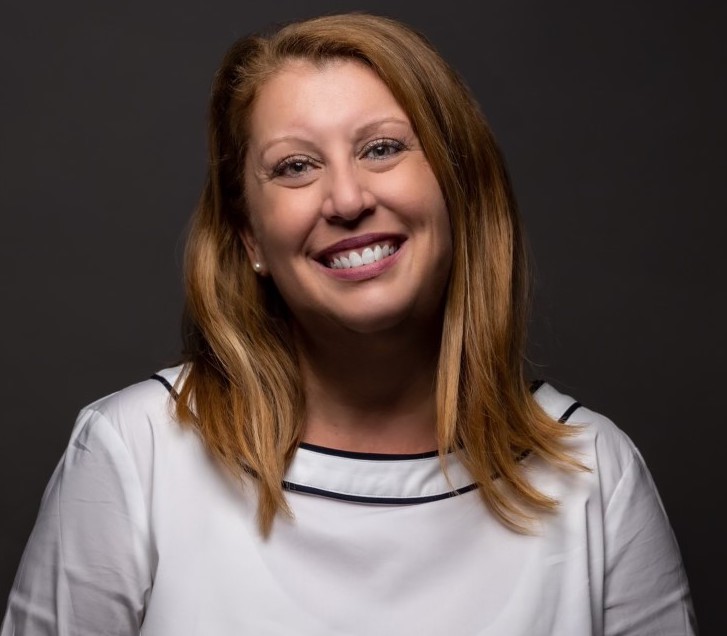 Some people might think it’d be easy writing about it after all these years… but it’s not. It’s still hard. And emotional. And sad. And lonely. But, as hesitant as I might have been to accept the challenge, I wanted to at least screen the episode to see how closely art imitated my life. And I’m so glad I did, because within minutes, “Moments in Love: Chapter 4,” co-written by Lena Waithe and Aziz Ansari, and directed by Ansari, made me feel less alone.

If you haven’t yet watched the new season, I should mention two things: 1. You should. And 2. Episode 4 basically focuses solely on Alicia, the now-ex-wife of Waithe’s Denise, as she painstakingly pursues her dream of becoming a single mother via IVF.

I should also mention that there are several similarities between me and Alicia, played beautifully by Naomi Ackie. We’re both in what is considered the “geriatric” stage of baby-making. And, as I mentioned, we’re both single and therefore going through this process alone.

That isolation I felt — then and now — is amplified by the fact that Hollywood is stingy with fertility and IVF stories. Rarely if ever do we see the struggle as realistically and unsparingly depicted on television or in the movies as it was on Master of None. That’s what makes the installment so unique.

While it was hard for me to watch Alicia go through her journey, I had never felt more seen. It was excruciating and gratifying at the same time, a reminder that I am not the only person who chose this courageous path.

And so much of what transpired in the episode rang true for me, beginning with something rather ordinary: the medication. Seeing Alicia lay out on the counter her mountain of fertility drugs, including the needles and the big red syringe receptacle, and take in the magnitude of the science at play, reminded me of the time I lined up all of my drugs on my bed.

It took up the full length of the space where my imaginary boyfriend slept.

I also related to the sense of loneliness and isolation that Alicia experienced the first time she had to mix the fertility drugs and administer the shot. Although her mom’s pep talk was both sweet and encouraging, I chuckled along with Alicia when her mother innocently suggested just getting a nurse to come over and help. As if that’s an easy — or affordable — option. It’s also not remotely practical: You have to inject yourself three times a day, so you’d better just get used to doing it yourself, and fast.

After a while, Alicia did get used to it. Giving herself shots in her work break room started to become part of her daily routine along with coffee and a bagel. I related to her as I thought back to the time when I had to excuse myself from my dinner with friends to shoot up fertility drugs in the bathroom like I was going to floss a stray piece of spinach out of my teeth.

Along the way, I, like Alicia, somehow learned to cope with the emotional trauma brought on by hormone imbalances, gaining/losing weight, hair falling out, bruises, irritability and bloating. But it starts to take its toll, as it did with Alicia during her second checkup to see how her follicles were doing. As she lay alone in the exam room, her legs in the stirrups, completely vulnerable, she softly wipes away tears as the nurse comes in, subtly conveying the mental and physical exhaustion that had been slowly engulfing her. I felt profoundly connected to her in that quiet moment. And the relief from being seen and acknowledged like that triggered my first tears of the episode.

It wouldn’t be the last.

The scene in which Alicia found out — spoiler alert — that none of her eggs had survived for the transfer also rang true. Brutally so. And the way it played out on screen was exactly how it often happens: You’re waiting on the phone for your results, listening to a cheery recording telling you how the fertility clinic is excited to help you start your new family, and then the doctor comes on and gives you the most devastating news you can receive. Then they just casually move on to schedule your next appointment to try, try again. All the needles, money, time, hope — it’s been for nothing, you realize in a matter of seconds. And they just want you to start over again. Better luck next time.

After I finished the episode, I sat for a long time thinking about what I had gone through and where I am today. And I reflected on how this touching episode had helped me not just know but take in — really take in — that there are more people like me out there. It had helped me feel like (deep breath) I was going to be all right.

That felt big, important — in a way that went well beyond me. I couldn’t have been the only viewer that the episode had affected. Realizing that, I wanted more — for all of us. If we can work up the bravery to watch, television should be able to work up the bravery to deliver. The results, after all, can amount to more than merely gripping entertainment; they can be life-changing experiences.

Holly Fazio manages internal communications in the energy sector. She resides in Los Angeles with her two cats, Daisy and Poppet.