The recently cancelled All Rise wrapped up its run on Monday night with a de facto series finale full of career transitions and romantic shakeups.

Let’s start with Lola, whose high-profile murder trial has her on edge about allowing cameras into her courtroom. She worries that the media will just twist the story around, but her hubby Robin counters that it will allow for full transparency. Even with three challengers vying for her seat, Lola’s not sure she wants to campaign when she could just be doing her job as a judge. Ness, in turn, gives her an inspiring pep talk about how much she’s needed on the bench.

Lola later sentences the son of mayoral hopeful Martin Moore to 11 years in prison for murder, leading Moore to proclaim on TV that Lola is a leftist poison in the justice system and he’s going to do everything in his power to take away her seat. But Robin believes in Lola and announces that he’s taking an extended leave from the FBI to be a stay-at-home dad, so he won’t be going to Ohio after all. “My priority is our family and standing by you as you reclaim your fire,” he declares. And to give them some hope before the war, the couple renews their vows in front of their friends and colleagues, with Lisa officiating the ceremony. 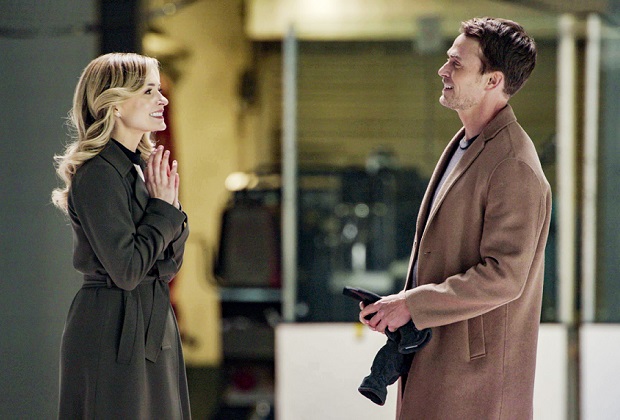 Elsewhere, a chat with Lola — welcome back, stairwell! — gives Mark the idea to propose to Amy at the ice rink where they had their first date. “Every time I fall on my ass, you pick me back up again. You take care of me. You keep me smiling,” Mark says to Amy. “So I want to return the favor. I want to keep you smiling for the rest of your life. Amy Quinn, will you marry me… after your divorce?” With a laugh, she happily accepts.

Meanwhile, Luke’s probationary interview with D.A. Bravo goes better than he expected — but he still turns down the position at the D.A.’s office, opting instead to work as a public defender. With Emily gone, they will be understaffed, he reasons. Speaking of Emily, Luke attempts to convince her to stay in Los Angeles, pointing out how big of an impact she makes in her clients’ lives. But Emily argues that she can’t truly change when everything stays the same around her, so she’s leaving. At the airport, Luke rushes in at the last minute with a declaration about how he wants to be just like the fierce lawyer he loves. 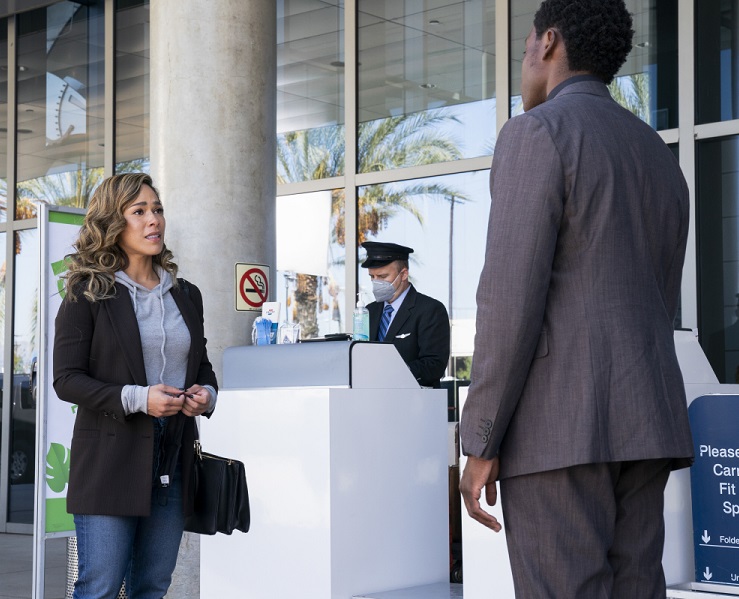 “I love you, too, but I can’t stay,” Emily replies. However, she’s not leaving for Miami with Joaquin either! Instead, she’s going to Puerto Rico, solo, to visit family and find herself outside of her work. Luke sends her off with a kiss and promises to wait for her.

* Ultimately, Rachel and Amy do what’s right and hand over the video of their client stabbing the murder victim to the LAPD, despite the risk to their firm’s financial stability.

* Ness decides to go work for Amy and Rachel, and — new couple alert! — she and Sam share a kiss.

* Sara takes a job with the D.A.’s victims assistance program. (Sherri does not take the breakup of the courtroom 802 crew well.)

* Tony Carver has been the one sending Mark those envelopes. He also signs up to work on Mark’s Special Trials team.

All Rise fans, was that a satisfying ending? Grade the finale below, then hit the comments with your thoughts!