THE SHOW | HBO’s Mare of Easttown

THE PERFORMANCE | We’ve been marveling all season long at Winslet’s transformation from refined British movie star to hardened small-town Pennsylvania detective on HBO’s gripping murder mystery, so we knew we’d honor her here sooner or later. But this week’s jaw-dropping episode was an absolute tour de force from Winslet, putting her through a wide array of genres and calling for wildly different emotions from her — and she came through with her best work of the series.

First, Winslet went the conventional dramatic route, with Mare reluctantly opening up in therapy about her son’s troubled life and admitting she comes from a long line of clinical depression, with her father taking his own life as well. (“I just coped with it,” she said, staring off blankly.) Then she dipped her toe into comedy, giggling uncontrollably after Mare discovered her mom Helen had an affair with their neighbor Mr. Carroll. We even saw hints of a rom-com when Mare told Colin her “life’s a s—tshow” and therefore she can’t date him, and he kissed her anyway, with Winslet flashing a sly smile that’s exceedingly rare for Mare. But then they caught a big break in the Katie Bailey case, and Winslet flipped the switch to action hero mode as Mare fled from an armed assailant and finally shot him dead in a breathlessly tense sequence.

It was as if Mare Sheehan starred in four different movies this week, and Winslet effortlessly glided from one to the next, always keeping her portrayal of Mare emotionally grounded and true. We still don’t know how the Erin McMenamin case is going to turn out, but we do know one thing: Winslet can do it all. 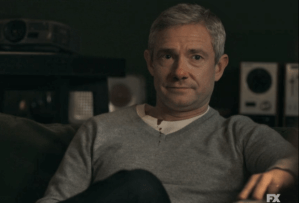 HONORABLE MENTION | In the penultimate episode of Breeders‘ second season, Paul’s temper once again got the best of him, causing son Luke to strike him in the face. But it wasn’t until Part 2 of the finale where Martin Freeman‘s character paid the ultimate price: He decided to move out so that Luke would return home. When Ally confessed to feeling like she had to protect her son from him, the hurt and confliction was painted all over the actor’s face. His words weighed heavily when Paul rhetorically asked, “What have I done? Our son doesn’t want to live with me.” The emotion continued pouring when he told Ally his plan to relocate, and overflowed as he fought back tears during a phone conversation with daughter Ava. Paul both realized his role in the issue and accepted it. Freeman often finds humor in exploring the realism of parenting, but this week he showed that sometimes parents can’t help but be human. 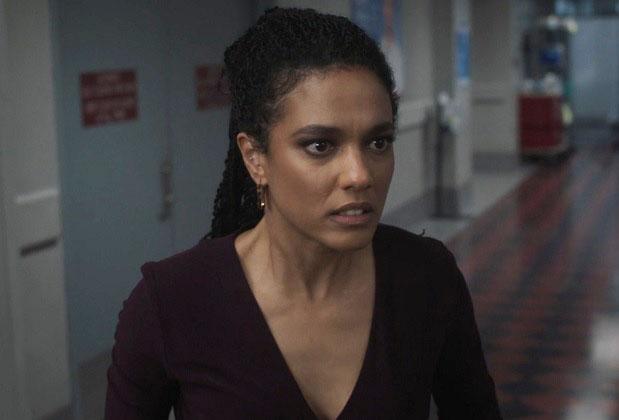 HONORABLE MENTION | New Amsterdam‘s chemical spill episode was already a stressful viewing experience just based on the fact that the hour put two doctors in jeopardy. Then Freema Agyeman took the intensity pitch to another level as her character Helen watched Max’s life hang in the balance. When Helen learned that there was no treatment plan to help her friend (and potential something more), the look of pure panic in Agyeman’s eyes was chill-inducing. The actress threw herself into the frenzy and desperation of Helen’s movements, her body practically buzzing as she frantically maneuvered about the decontainment shower to help clean off Max. She only stilled when Max went limp in her arms, leading Agyeman to tenderly cradle him as her tears mixed with the shower water into an endless stream. It was through the power of Agyeman’s palpable emotions and physical performance that we truly felt the weight of what was happening to Max and what was at stake. 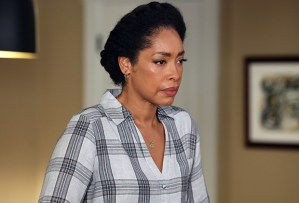 HONORABLE MENTION | Gina Torres served good grief on Monday’s heartbreaking 9-1-1: Lone Star, which began with Tommy discovering that her husband had suddenly died. Equal parts unthinkable and unpredictable, the episode helped viewers understand Tommy on a deeper level while reminding us all what a blessing it is to have an actress like Torres in this role. As a woman determined to manage other people’s emotions and bury her own, Torres remained aggressively present yet also completely detached. Every moment was deliberate. When Tommy finally let her walls down at the end of the hour, the weight was more than she could bear, and we felt that pain right along with her.