It’s “lights out” for Detective Harry Bosch, quite literally, at the close of a teaser trailer for the seventh and final season of the Amazon Prime drama, which will release all eight episodes on Friday, June 25.

Based on Michael Connelly’s best-selling 2014 novel The Burning Room and the real-life arson case that inspired it, the TV series’ farewell run puts Detective Harry Bosch’s famous motto — “Everybody counts, or nobody counts” — center stage, when a 10-year-old girl dies in an arson fire and Bosch (played by Titus Welliver) risks everything to bring her killer to justice despite opposition from powerful forces. The highly charged, politically sensitive case forces Bosch to face a grueling dilemma of how far he is willing to go to achieve justice. 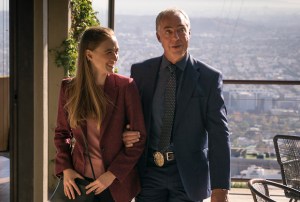 As previously announced, IMDb TV (aka Amazon’s premium free streaming service) will follow up Bosch‘s final season with a spinoff that finds Welliver, Lintz and Mimi Rogers reprising their roles as Harry, his daughter Madeline, and top-notch attorney Honey “Money” Chandler. In the yet-to-be-titled offshoot, Bosch embarks on the next chapter of his career and finds himself working with his one-time enemy Honey.

Want scoop on Bosch, or for any other show? Email InsideLine@tvline.com and your question may be answered via Matt’s Inside Line.