Ellen DeGeneres will tell fans on Thursday that she always planned to end her eponymous daytime talk show after Season 19. 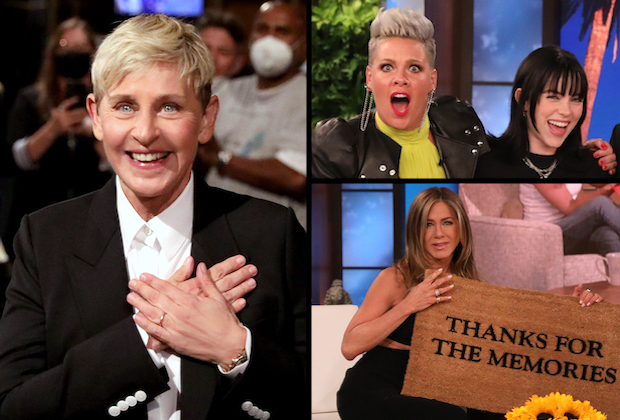 DeGeneres spends the monologue from Thursday’s episode, which the show released Wednesday evening, talking about the news that broke Wednesday: Her chat fest will wrap after next season.

“You may wonder why I’ve decided to end after 19 seasons. The truth is, I always trust my instincts,” she says in the video above. “My instinct told me it’s time. As a comedian, I have always understood the importance of… timing. And in all seriousness, I truly have felt like next season was the right time to end this amazing chapter.”

Her monlogue took on a significantly more upbeat tone than her earlier comments to our sister publication The Hollywood Reporter on Wednesday. “When you’re a creative person, you constantly need to be challenged,” she told THR, “and as great as this show is, and as fun as it is, it’s just not a challenge anymore.”

Thursday’s show also will go into deeper detail about DeGeneres’ decision, with a conversation facilitated by Oprah Winfrey. The Ellen DeGeneres Show‘s final episode is scheduled to air in Spring 2022.

DeGeneres’ talk show has undergone a rough year, during which accusations of the series being a toxic workplace became public. DeGeneres acknowledged the scandal in the show’s Season 18 premiere last fall. However, the comedian told THR that the controversy and the hit in ratings it caused were not the reasons behind her pulling the plug.

Press PLAY on the videos above and below to hear DeGeneres explain her show’s eventual end, then hit the comments with your thoughts!