Mike Baxter is losing someone — or rather, something — near and dear to his heart in Last Man Standing‘s one-hour series finale. 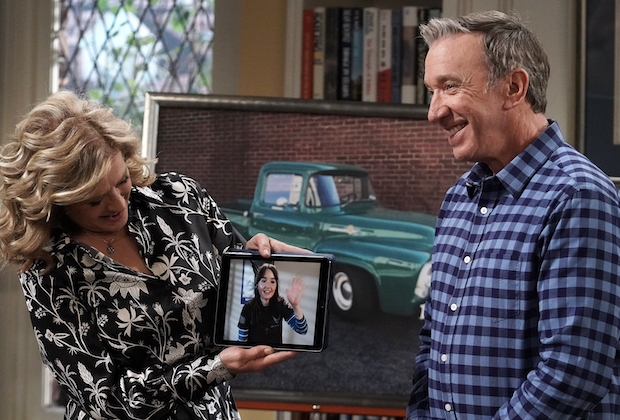 Airing Thursday, May 20 (Fox, 9/8c), the Fox comedy’s farewell features the return of Kaitlyn Dever as youngest daughter Eve. She appears via FaceTime as Mike gathers everyone for a memorial service… for his beloved truck.

The finale consists of two separate episodes. First up, in “Baxter Boot Camp,” Mike teaches Kristin about work/life balance, as Vanessa and Mandy “school” Jen on camping. Meanwhile, “Ed asks Kyle how to get into heaven.” (Heavy stuff!)

Then in “Keep on Truckin,'” written by series star Tim Allen, “Mike’s beloved truck is stolen, just as he completes his 10-year renovation on it.” That’s when the Baxter family and friends — including Eve — “gather together for an emotional goodbye.”

Fox announced in October that Last Man would end with Season 9. “I’ve been one lucky dude,” Allen said at the time. “I so appreciate the incredible support from our fans over this near decade of work… I admire and feel grateful for all the hard work our wonderful cast and crew have done. We had all considered to end the show after last season, but together with Fox, we decided to add a year so we could produce a full season to create the gentle and fun goodbye.”

Production on Last Man‘s ninth and final season wrapped March 31. Allen posted a photo from the curtain call, which you can view here.

Click through the attached gallery for a glimpse at the finale, then hit the comments with your hopes for Last Man‘s swan song.