E!’s Giuliana Rancic is stepping away from the network’s Live From The Red Carpet after 18 years as host.

The Award Shows of the Pandemic: 15 Televised Ceremonies, Ranked 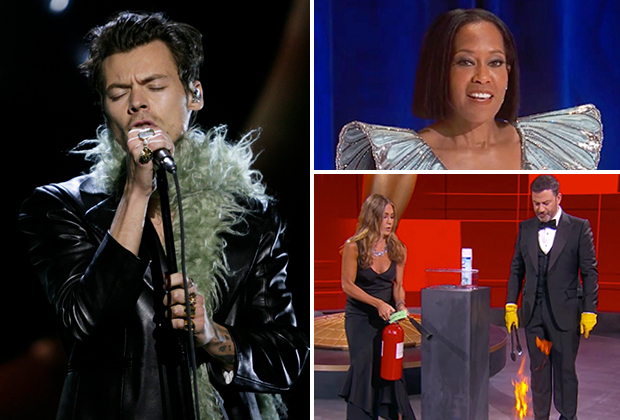 Rancic announced her departure in an Instagram post Friday, writing, “I have decided to step out of my red carpet heels into a new pair of shoes… To my E! family, thank you for allowing me to make my red carpet dreams come true for the past two decades. It has truly been a highlight of my career and life.”

“While we will all miss watching Giuliana bring her iconic interview style, infectious humor and keen sense of fashion to E!’s red carpet, we are excited to announce a development deal across NBCUniversal where she will bring her passion projects to life,” a spokesperson for E! said in a statement to TVLine. “We look forward to collaborating with Giuliana in the future and we will always be her biggest fans — on and off the carpet.”

Rancic’s exit comes just three months after Ryan Seacrest, her Live From The Red Carpet co-host, moved on after nearly 14 years. She has been a part of the network’s red carpet coverage since 2003.

Rancic’s E! career began with a correspondent gig and later, a co-host position on E! News in 2005. From 2010-2017, Rancic served as a co-host on Fashion Police alongside Joan Rivers, Kelly Osbourne and George Kotsiopoulos, while simultaneously appearing on her own reality series with her husband, aptly titled Giuliana and Bill. The show ran for seven seasons across Style Network and E!

Will you miss Rancic on the red carpet? Who do you think should replace her? Sound off in the Comments!