We’ve got questions, and you’ve (maybe) got answers! With another week of TV gone by, we’re lobbing queries left and right about dozens of shows including Pose, Mare of Eastown, Family Guy and The Circle!

1 | So how did The Mosquito Coast‘s Dina know exactly when and where to slam her vehicle into the police car holding her dad, so that her dad wouldn’t be hurt but the cops would be?

2 | Were you pleasantly surprised that Legends of Tomorrow remembered/mentioned Sara and Alex’s hookup? Or was it too random? And why were the Legends expecting to find Sara in the outer space of today, when she was abducted while they were in London circa 1977? 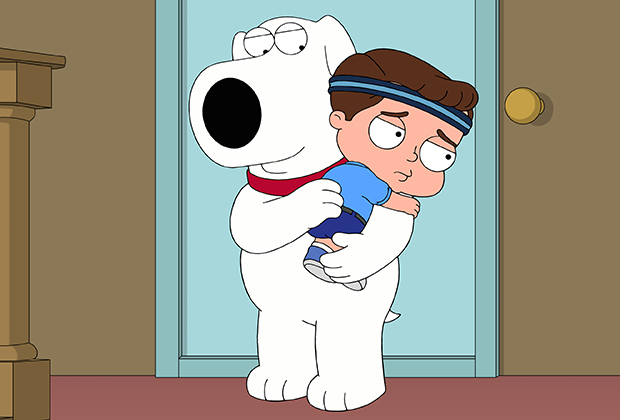 3 | Family Guy is really trying to make this Doug character happen, isn’t it?

4 | Now that she knows his family, will Good Girls‘ Beth eventually side with Rio’s crew? And do you think Ruby and Stan will somehow set up Gene as a fall guy for the feds to scoop up?

5 | How many NCIS: LA viewers suspected straight away that the Fatima FaceTiming from the hospital was actually a deep fake?

6 | So, now that you’ve seen Emily Deschanel on The Rookie… Bones and Castle have pretty good chemistry, right??

7 | With all due respect to the very talented Arthur Gunn, how do you really feel about his late-in-the-game return to American Idol? Do you support the controversial twist, or is it unfair to the contestants who have been competing all season? And did Lionel Richie seriously drop the classic “You could sing the phonebook” Randy Jackson-ism on us?

8 | Did you wonder if Mare of Eastown‘s Evan Peters was actually inebriated when he shot that impressively authentic drunken scene?

9 | Is it hard to believe that Pose‘s Pray Tell, who stumbled around drunk throughout this week’s premiere, somehow pulled it together to do that technically flawless En Vogue lip sync? When House of Khan sprayed Prey Tell’s flawless camel-colored suit with ketchup and mustard, didn’t it feel like an act of violence? And as great as that premiere was, did FX really expect many people to stay up past 12:30 am ET (!) to watch all of it?

10 | Now that The Neighborhood has planted the seed, what are the odds that Gemma as well as Tina wind up pregnant in the season finale?

11 | Are viewers to assume that The Flash still distorts his voice/blurs his face when talking to strangers, even when the show doesn’t bother to apply those effects? Or was Barry just rolling the dice when speaking to Alexa Garcia as himself, The Flash, and then himself again, over a matter of a few hours?

12 | Did the uncanniness of Izabela Vidovic as Supergirl‘s Young Kara only highlight how off Young Cat Grant was? And where can we get Kara’s perfect pink prom outfit? Asking for a friend.

13 | Did you shed a tear at the end of Young Rock when the real Ata Johnson appeared, and she and her famous son, Dwayne “The Rock” Johnson, paid tribute to Rocky Johnson?

14 | New Amsterdam fans, whenever Max and Helen have a loaded moment, do you, too, hold your breath?

15 | Was that defense attorney on NCIS kind of taking a chance that Gibbs’ testimony wouldn’t earn the sympathy of any fellow dog/animal lovers on the jury? 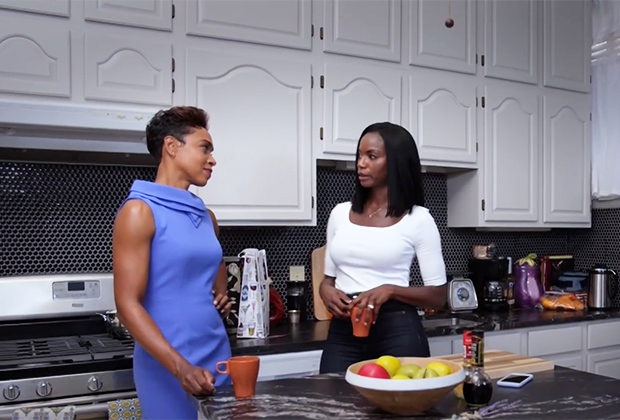 16 | On The Oval, WTF is up with Priscilla’s insanely high second row of kitchen cabinets? Do you think she’s ever used them, even once?

17 | The Circle fans, don’t you kinda want to see all of the final ratings to figure out who voted for who and how [Spoiler] won? Seriously, the real Lance Bass just sent a measly video message? He couldn’t bother to show up in person, or to Zoom in at least? After seeing how the first two seasons played out, doesn’t it seem nearly impossible for those added later in the game to win? Should the show give new players extra powers, safety or maybe something else? And finally, how long before Netflix gives the world what it wants and gives Chloe her own show?

18 | On Handmaid’s Tale, did no one on/around the train as it traveled notice thousands of gallons of milk leaking out of one of the tankers?

19 | Are you glad A Million Little Things didn’t have Katherine and Alan sleep together — so when they do become a full-fledged couple, it’s not in response to Eddie? 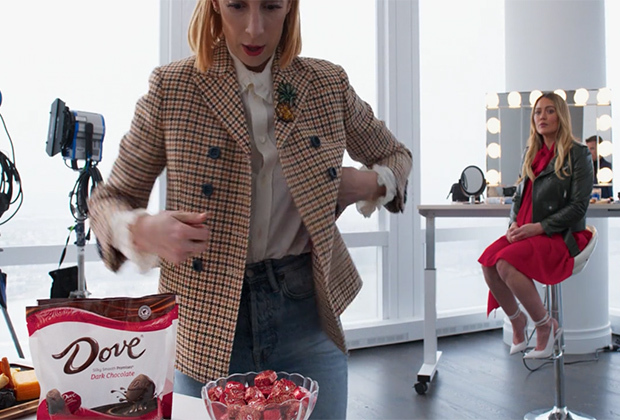 20 | As thrilled as we were to see Diana back on Younger, wasn’t her brief cameo (via Skype) also a cruel reminder of what the show has been missing in its final season? And is anyone else suddenly craving Dove dark chocolate for no apparent reason whatsoever?

21 | How many Station 19 viewers expected Ben and Dean to bump into Grey’s Anatomy‘s Meredith when they washed up on that beach?

22 | We know it turned out that Grey’s Anatomy‘s April and Matthew had split up, but how stunningly disrespectful was it of Jackson to pressure her to decide immediately whether her family would move to Boston with him without even talking to the husband he didn’t yet know she no longer had?

23 | Manifest‘s Sarah didn’t want to “bother” Jared with a text, so she decided to drop by to see him in person at the police station instead? Also, um…. NOAH’S ARK?!?!

24 | On Mom, before Marjorie’s son Jerry showed up and revealed he had nominated her for the Napa Valley Community Hero Award, were you half expecting to find out that Christy had been the one to do it?

25 | On The Challenge: All Stars, were you impressed by or disappointed with Laterrian for telling Katie she could pick him as a partner for the elimination? Also, do you find it annoying when players volunteer to step up for The Arena? Doesn’t it rob us of tons of deliberation drama?