Welcome back to the City of Love, Emily in Paris: The Netflix comedy commenced production on its second season Monday in the French capital, St. Tropez and other locations throughout France. The streamer announced the news via a letter from Sylvie Grateau (played by Philippine Leroy-Beaulieu), who is Emily’s boss at the French marketing firm Savoir. (View the note below.)

“As an actor, an artist, and a creative, the most meaningful gift is to connect with people through your art in some way,” leading lady Lily Collins said in a statement. “It’s an honor to be associated with a project that provided people with some much-needed relief during a trying time when everyone was looking for a reason to smile and laugh. Not only did playing Emily teach me more about myself, but also about the world around me. I couldn’t be happier to be back in Paris for Season 2 to expand upon those lessons, to continue to grow, and learn even more about this beautiful city and all of its character with Emily.”

Added creator Darren Star: “From the beginning, we always wanted to create this beautiful cinematic view of Paris. The timing of the series release was fortuitous for us as everyone around the world was able to become armchair travelers and live vicariously through our cast. We could not be more proud and are excited to bring more joy to our fans as we start production on Season 2.”

The series stars Collins as the titular Emily, a Chicago marketing executive who is sent to Paris to work with the boutique French luxury firm that Emily’s company has acquired. While there, she clashes with her new coworkers and sparks a connection with her handsome neighbor Gabriel (Lucas Bravo). The hitch: He has a girlfriend (Camille Razat), who is also pals with Emily.

“What happens in the next chapter, I think, can be a real exploration of how does the relationship between these three characters evolve,” Star previously told TVLine about the love triangle’s future. “That, to me, is such a fun thing to explore in Season 2, because these are not Americans. They’re French people. To me, a big part of the show is looking at everything through a different lens. Season 2 will open up some interesting and surprising relationship avenues.”

Emily in Paris fans, read Sylvie’s letter below, then hit the comments to share your hopes for Season 2! 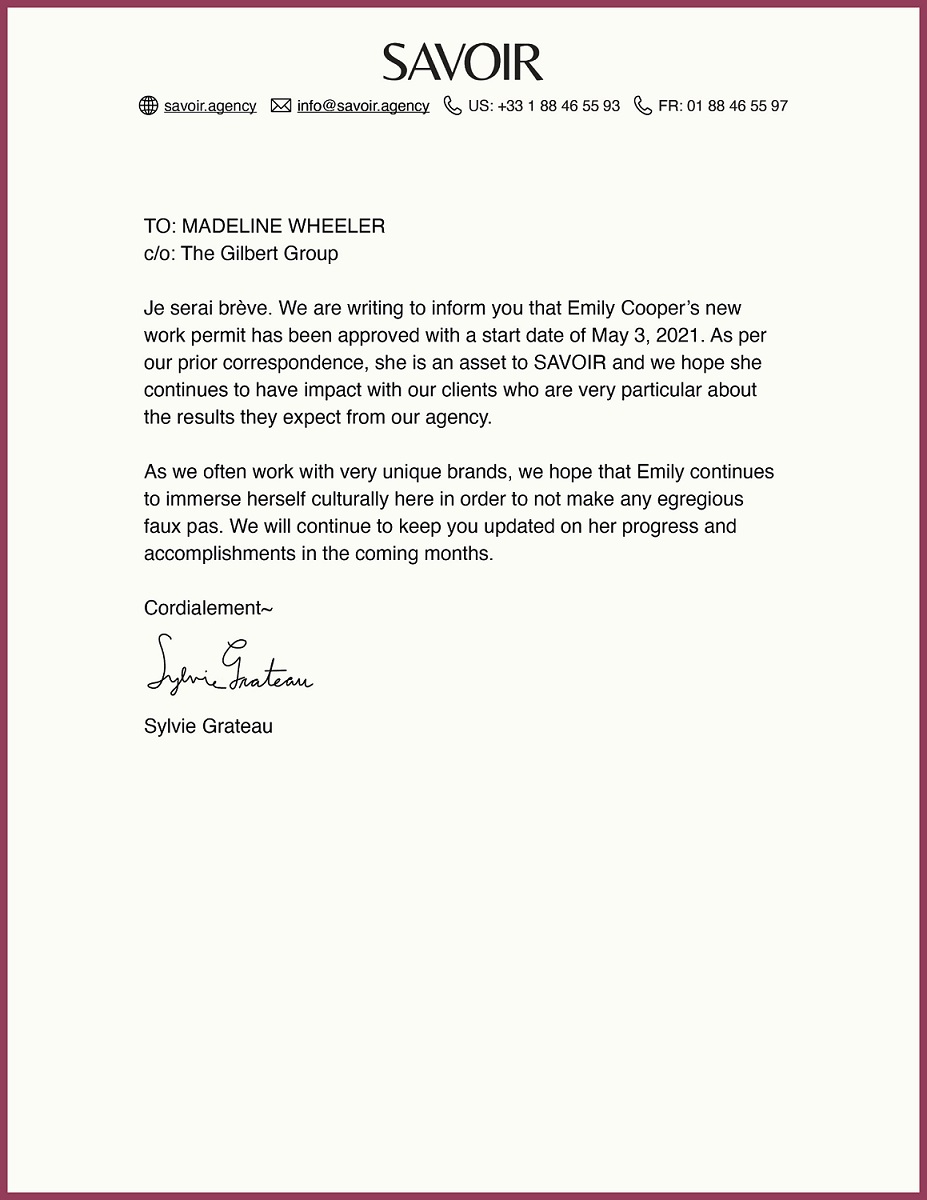