As reported on Saturday, the polarizing Tesla CEO/SpaceX bigwig is set to emcee the May 8 episode alongside musical guest Miley Cyrus. The backlash on social media was swift — and Musk seemed to revel in the hullabaloo, cryptically tweeting, “Let’s find out just how live Saturday Night Live really is” — tacking on a devil emoji for good measure.

The tweet prompted a rebuke from cast member Bowen Yang, who commented via Instastory, “What the f–k does that even mean?”

Yang’s SNL co-star Andrew Dismukes, who became a featured player this season after serving as a writer on the show since 2017, also threw shade at the Musk move, cracking, “Only CEO I wanna do sketch with is Cher-E Oteri” — a reference to the former SNL MVP.

Scroll down to view Yang and Dismukes’ soon-to-vanish Instastories. 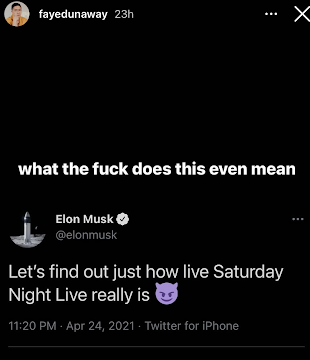 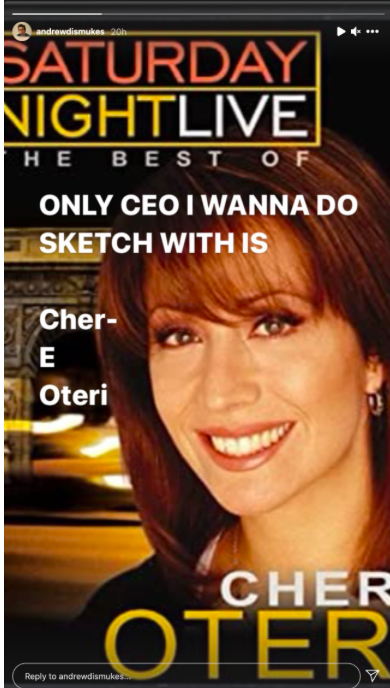