The Conners finally got to the root of Becky’s alcoholism on Wednesday. In the process, the Roseanne spinoff at last revealed how her late husband tragically died.

Though Mark’s death was referenced several times during Roseanne‘s first (and only) revival season — Darlene and David’s son was named in his honor — it was never revealed how he passed. (Portrayer Glenn Quinn suffered a fatal drug overdose in 2002, but The Conners never suggested that Mark met a similar fate.)

In “Cheating, Revelations and a Box of Doll Heads,” Becky explained that Mark died in a freak accident. When her roommate Rachel surmised that her stint in rehab was a part of God’s plan, the widow scoffed and said, “The last time [God] helped me, she threw a deer in front of my husband’s motorcycle and he died.”

Later, during a therapy session with her family, Becky said that she started drinking when she lost her husband. “I didn’t want to feel anything for a while, and then a while turned into years,” she said. “I can’t help thinking if he was still here, maybe all of this would be different.” But Dan didn’t see it that way. What followed was a cathartic conversation, 29 years in the making, as Dan told his daughter how he really felt about his deceased son-in-law.

As far as Dan was concerned, Mark was a “selfish little punk” who ruined Becky’s life. He convinced her to drop out of high school and move to Minnesota when she was just 17 years old. He promised Becky that she’d go to college, but he took the money Dan and Roseanne sent her for tuition and used it to enroll in mechanic school, before he eventually dropped out. 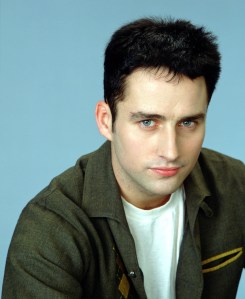 “He shouldn’t have taken my college money,” Becky admitted. “And I am a little angry at him for some of the things he did that screwed up my life,” but it wasn’t entirely his fault. “I let him,” she said. “I was so stupid. I didn’t want to drop out and move. I wanted to go to college, but I was so afraid to lose him. And then I ended up losing him anyway.

“I’ve wasted so much time,” Becky cried. “I kept telling myself, over and over again, that I was going to stop drinking and get back on track, and now I’m so far behind. I’ll never catch up. Remember how proud you were when I said I was going to be a doctor?” Dan got up from his seat and wrapped his arms around his daughter. “I’ve always been proud of you,” he said. “And never more than now.”