The ongoing social media debate about which urban crime drama is better — Snowfall or The Wire — is happening in large part because the former is arguably enjoying its best season to date.

The fact that the FX offering, with its Season 4 finale airing this Wednesday (10/9c), is drawing comparisons to one of the most compelling shows to ever air on television is a testament to the late Snowfall co-creator John Singleton’s ability to build a series that has strengthened over time. Last week’s penultimate episode, for instance, charged into our living rooms with nonstop tension and three bloody deaths.

But beloved actress Michael Hyatt is the only one who has the rarified distinction of having starred on both The Wire and Snowfall. Because she has played Avon Barksdale’s sister Brianna on The Wire and Franklin Saint’s mother Cissy on Snowfall, and a badass boss in both instances, her opinion on which show rises above the other matters the most. And spoiler: She refuses to choose because both are so stellar. That said, one could argue that Hyatt does favor one more than the other… if you read between the lines. 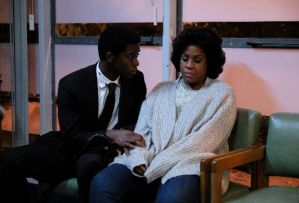 “Time will tell,” Hyatt shares with TVLine both diplomatically and thoughtfully. “Think about it. We are sitting here in 2021 talking about The Wire, which started in 2002. That was almost 20 years ago. But we are still experiencing Snowfall and all that is happening on the series as it exists.”

“It’s beautiful that Snowfall is happening as the revolution is happening,” Hyatt adds, while looking forward to next year’s Season 5. “Because of that, history will embrace its existence as we continue telling our story in the years to come. I hope that Snowfall will be a part of the story that The Wire has been. Time will tell.”

Marvel’s Luke Cage creator Cheo Hodari Coker, who had the pleasure of calling Singleton a mentor and friend, stoked the debate on Twitter, describing The Wire as more accurate but Snowfall as more entertaining. (Singleton died of a stroke in 2019, just months before the start of Snowfall Season 3.)

“Snowfall is The Godfather and The Wire is Goodfellas,” Coker said in a thread explaining and defending his analogy. “[The Wire creator] David Simon, as a veteran journalist and the author of Homicide and The Corner, is much more akin to [Goodfellas co-screenwriter] Nick Pileggi.”

Simon “was around the real cops, the real Barksdales, and even features street legends as themselves in the show,” he adds in another tweet. “Much the same way that [director Martin] Scorsese used a lot of real gangsters and ex-gangsters throughout Goodfellas. It’s closer to the ground and a lot more realistic. But The Godfather has a resonance and a poetry that also haunts me, in the same way it haunted John.” 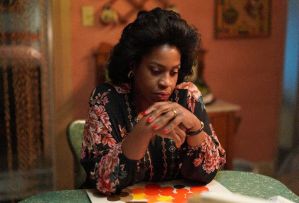 Hyatt says she’s grateful to have been a part of The Wire and to be on Snowfall now because what is beyond debate for her is the addictive quality of the writing and acting on both series.

“People used to come up to me with The Wire and say, ‘The writing is just so good,'” Hyatt recalls. “With Snowfall, we are out in the forefront, and John’s name is constantly and rightfully brought up as the creator and the director and executive producer. But these African men and women who write for Snowfall are pulling these experiences from their own being and are coming up with some brilliant stuff.”

“It just makes it so easy to find and to give yourself to these things,” she concludes. “They just embody you so comfortably because the writing is just so pure. You don’t have to work at it too tough because it’s just there.”