Death is not a new concept on Snowfall.

In Season 4 alone, fans have watched the violent deaths of an innocent 5-year-old girl and Fatback, the goodhearted but gullible man who was willing to take the fall for her homicide right up until his own. That said, Wednesday’s trio of murders in the season’s penultimate installment, titled “Sleeping Dogs,” felt different and more shocking somehow. Maybe that’s because two of the deaths could’ve been avoided.

More on that in a minute. But first, let’s unpack Manboy’s murder at the hands of Franklin. For weeks, this guy has been creating drama with his brother-in-law of sorts, Skully. Although Manboy and his crew attempted to kill Skully with Franklin’s blessing and assistance, Manboy quickly switched lanes when Leon accidentally shot and killed Skully’s 5-year-old daughter, who was also Manboy’s niece. And at the end of last week’s episode, we learned that Manboy had offered to pay Franklin’s girlfriend Tanosse $100,000, plus protection for her brother in prison, if she could get Franklin to reveal his drug supplier, or “plug.” Of course, Franklin figured out the double-cross.

Fascinatingly enough, using Tanosse as a rat also led to Manboy’s undoing. He figured out that the meet-up she told him about was a lie. But what he and his boys didn’t realize is that Franklin knew Manboy would be too smart for an obvious setup and would likely show up to Tanosse’s place instead. That’s exactly where Franklin, Leon, Jerome and Peaches got the jump on Manboy and company. But only after Tanosse severely stabbed him when he tried to strangle and shoot her for lying to him. 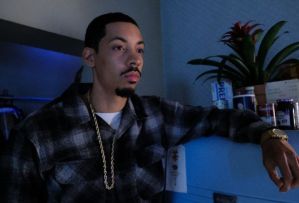 “How’d you know I was gonna be here?” a shocked and bloody Manboy, aka Drew, asked Franklin as he lay dying on Tanosse’s floor.

“You was always smart, Drew,” Franklin responded coldly. “Just not as smart as you thought you were.”

Seemingly wanting to die more quickly, Manboy talked smack about Jerome, Franklin and Leon. He even got in some digs about Leon’s best friend Fatback when he revealed that his sister Khadijah had killed Fatback. So Franklin shot him a few more times. But he wasn’t dead yet, and Franklin only delivered the death shot to his throat after Manboy said that Jerome and Leon would turn on Franklin someday. He always talked too much, Franklin concluded.

Everyone then turned their attention to Tanosse, who had been standing by in shock. Franklin told her that she had to call the police and say that Manboy had tried to rob her, so she stabbed and shot him. Franklin also said Tanosse would have to figure out a way to explain Manboy’s deceased friends outside. Man, breaking up with Franklin is such a bloody and prosecutorial affair. 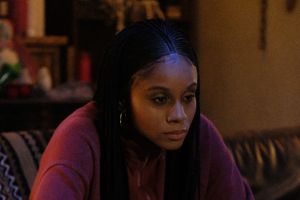 Sadly, with Manboy dead, there was no doubt that Khadijah would grow more vengeful and murderous. Louie, recovering in the hospital, then devised a plan where Franklin would offer to pay strippers/hit women Black Diamond and Dallas double what Khadijah had paid them in order to double-cross her. That’s exactly what Franklin did, with Wanda’s help as a decoy. After being well-compensated, Black Diamond and Dallas agreed.

The two women served up Khadijah on a platter. Skully tried to warn her, and Leon even tried to reason with her. But Khadijah said she would never stop trying to kill Leon as long as she lived, so Jerome shot and killed her. Like Leon, we mourned as Khadijah gasped for her last breaths because her grief over her daughter and brother’s deaths turned her into a vengeful killing machine. And Leon, though repentant for killing her daughter, had helped to make Khadijah that way. You also have to wonder what will happen to Skully now that he has had to say goodbye to his girlfriend and daughter at the morgue because of Franklin’s crew. Will he want revenge, too? 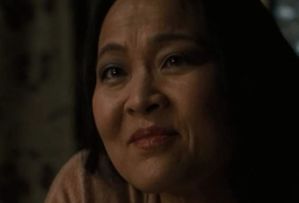 But Khadijah’s death wasn’t the only preventable one. Like Khadijah, Irene seemed to have a death wish in some ways. Teddy warned the dogged journalist that if she didn’t stop talking about the CIA’s role as South Central L.A. cocaine suppliers, the next time he saw her, he would kill her. But she went on a public access radio show anyway and spilled more tea.

Poor Irene. Couldn’t she tell that Teddy had drugged her? Why didn’t she realize that Teddy was only telling her all of that information because he knew she would be dead before the story ever saw the light of day. Drunken and drugged, Irene smashed into a parked car, and then Teddy appeared, finished her off and planted pills. Many are saying Irene’s character is based on Gary Webb, the real-life reporter who exposed the CIA and died tragically. Perhaps this is why her character was doomed from the start.

Speaking of doomed, fans will have to watch and find out if Alton will get away in time, or if Teddy or Franklin or both will kill him for snitching to Irene. Either way, next week’s Season 4 finale is going to be lit.