THE SHOW | HBO Max’s Made for Love

THE PERFORMANCE | She’s been involuntarily operated on, gaslighted, manipulated and trapped inside a virtual reality simulator, but in Made for Love‘s season finale, Hazel Green stood by her convictions. Thanks to Milioti’s formidable presence, the episode had us both rooting for Hazel and supporting her difficult decision to (spoiler alert!) return to her former prison that was the Hub.

After agreeing to once again meet with her sociopathic, tech-mogul husband, Byron, Hazel finally confronted her oppressor, while trying to show him the error of his inhumane ways. From her fiery death stares, to her diatribe against the Hub’s evil practices, Milioti’s impassioned delivery swayed from hurt to anger, forcing us to feel the weight behind her words and the true effects of her captivity. When Hazel exhaustedly uttered, “You think… that all of this… was just a f–king… rough patch?” and later, “I had to give you all of my vulnerability, and you wouldn’t give me any of yours,” the hurt in Milioti’s eyes felt so devastatingly real.

The finale also offered up a shocking twist — that her dad Herbert was dying from pancreatic cancer — which prompted Hazel to forego her newfound freedom for the chance to save his life using Gogol Industries’ finest technology. In the episode’s last moments, the actress served up looks of uncertainty as she left her home to re-enter the Hub, thus returning to her incarcerated existence, dad in tow. Through Hazel’s defeated expression and indomitable fortitude, we sensed her fear, while simultaneously witnessing the reignited love between the once-estranged father/daughter duo. Thanks to Milioti’s beautifully layered execution, we succumbed to all of the series’ complicated emotions hook, line and sinker. 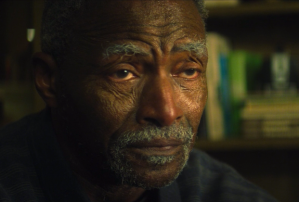 HONORABLE MENTION | Ever since his first appearance, we knew that The Falcon and the Winter Soldier‘s Isaiah Bradley had a tale to tell. And when Sam Wilson revisited the World War II vet to say, “I need to understand…. What went wrong?,” Carl Lumbly was given a fine forum to spin said yarn. Isaiah spoke solemnly of how he and “a handful” of fellow Black soldiers had been injected with God-knows-what and sent on missions, many dying from unstable reactions. Lumbly’s timbre grew angrier when revealing that Army brass then aimed to destroy the super serum’s runts/evidence, had a rogue Isaiah not rescued them. “And what did I get…? For 30 years, they experimented on me,” he shared through tears, revealing a scarred body. When Sam nudged Isaiah to go public, the vet waved him off. “You think that I wouldn’t be dead in a day? They erased me, my history. Been doin’ that for 500 years,” Isaiah scoffed. “Pledge allegiance to that, my brother.” 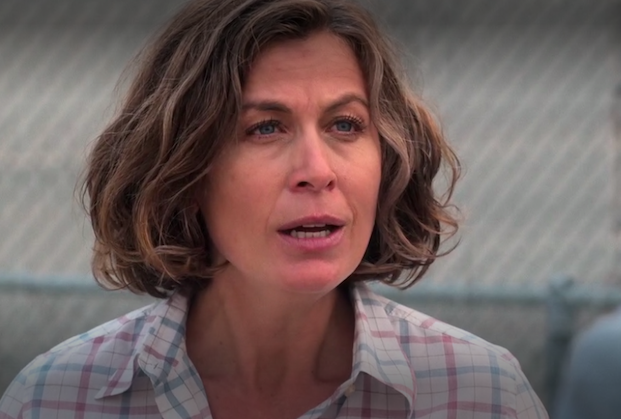 HONORABLE MENTION | The prospect of For All Mankind‘s Molly Cobb going blind sent the cocksure space cadet into uncharted emotional territory, and opened our eyes to Sonya Walger‘s underrated work in Apple TV+’s alt-universe astronaut drama. In the series’ penultimate Season 2 episode, the thick layer of denial enveloping Molly began to crack, allowing Walger to awaken her gruff alter ego’s previously dormant vulnerable side. With her dutiful hubby Wayne (the great Lenny Jacobson) refusing to indulge her desire to undergo a super-risky experimental treatment to reverse her Glaucoma, Walger imbued Molly with a heartbreaking desperation as she cried out, “All I know is I gotta fly.” His refusal to budge unleashed Molly’s inner attack dog — “Any idea what a burden you’ve been all these years?” she frothed — but Walger never let us lose sight of the pain fueling her vitriol. When she ultimately came to her senses, Walger’s Molly — sans bravado — got the playfully contrite and profoundly moving last words in: “Hope you got a thing for old blind ladies.” 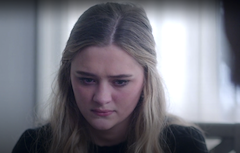 HONORABLE MENTION | This week’s A Million Little Things handed Lizzy Greene a whopper of a task: in the space of an hour, take Sophie from defending her lecherous guitar teacher to realizing she’d been a victim of sexual assault at his hands. In her best work to date on the ABC drama, Greene sold us on her character’s terrible trajectory. Though she was great throughout the episode, we were most wowed by the scene where Sophie brokenly tried to explain that, by sending a suggestive selfie to the man who’d exposed himself to her, she was trying to get them back to how they were “before.” Greene started out full of righteous teen frustration but slowly let it ebb out of her during Soph’s conversation with Maggie and Regina, ultimately bringing her to a place of hurt understanding — a delicate job, nicely done.