Which 9-1-1 show is ready for a flashback? Is Chicago Fire‘s Severide confirmed to “suit up? What is bedeviling Lucifer‘s Dan? Read on for answers to those questions plus teases from other shows!

Anything on the rest of Season 2 of Fox’s 9-1-1: Lone Star (returning Monday, April 19)? –Jade
Owen will 1) welcome a new roommate as T.K. and Carlos take their relationship to the next level, as well as 2) come to suspect that a recent spate of fires is the handiwork of a serial arsonist.

[Chicago Fire showrunner] Derek Haas said in an interview earlier this season that we will get to see “Scuba” Severide again. Can he tease anything more about that, or when we can expect this to take place? –Corrina
I followed up for you with Haas, and he affirmed that Scuba Severide is returning, “in the final episode of the season” (airing May 26).

Will we see more of Chicago Fire‘s Stella trying to become a lieutenant? – Lisa
“Yes, that is a major storyline that will resolve this season,” says Derek Haas, adding: “The 24 hours before her exam are quite… stressful.”

Do you have any scoop about For All Mankind? –Dev
Next Friday’s season finale sounds like a doozy! “It will forever change the trajectory of the show,” cast member Shantel VanSanten teases, adding that the season ends in “a very explosive way … making sure that there’s a jumping off place for even bigger changes.” 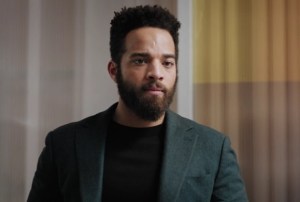 What is Zoey’s Extraordinary Playlist‘s Simon up to for the rest of the season? –Stephanie
Simon’s quest to better things at his workplace is far from over, following the systemic racism episode from earlier this season. “He’s trying to figure out and redefine his place at SPRQPoint, and also trying to figure out how he can be one of the instruments, if not the instrument, of change,” showrunner Austin Winsberg tells TVLine. “He is now being elevated at SPRQPoint and realizes that there’s an opportunity there to fundamentally change the culture there, and he gets put on a diversity committee to help try to find a new board member. There are other diverse initiatives that he becomes a part of at SPRQPoint, and then there’s a big change that happens in Episode 13 regarding that, too.” 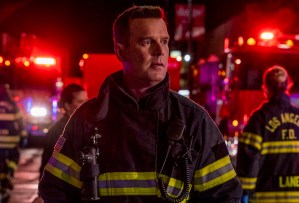 In 9-1-1‘s first episode of the season, we found out that Buck, Eddie, Hen and Chimney lived together in Buck’s apartment because of Covid-19. Will we ever get a flashback to what happened during those months? –Erica
Well, the Fox drama won’t be revisiting that particular period of time, but I have learned it will flash back to the year 2006, to show how Josh (played by Bryan Safi) met Sue Belvins (Debra Christofferson) and joined the call center. Bonus scoop: In 9-1-1‘s spring premiere (airing Monday, April 19), a freeway pile-up caused by a drunk driver will be a trigger for Bobby, in a story arc that will continue through the back half of the season.

What’s happening with Lucifer and Chloe? I need some Deckerstar scoop! –Shelby
The DNR (Do Not Reveal) list for the Season 5B screeners is pretty extensive, but I am confident that I can say that while you will have to wait for the resolution to their time-stopped conversation about the L-word, you won’t have to wait very long.

Now that Dan knows the truth about Lucifer, is there anything you can share about their relationship in 5B? –Rebecca
The “Doucifer” dynamic is pointedly explored in the fourth episode of 5B, titled “Daniel Espinoza: Naked and Afraid,” which I have to say is one of the wilder rides TV has taken me on. But what you should really be wondering about is how Dan gets along with God, given what (or who) they have in common…. 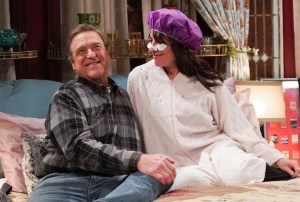 Now that ABC’s Rebel has premiered, have we seen the last of Katey Sagal’s Louise on The Conners? –Dee
“There are some major events coming for Dan and Louise, as we come to the end of the season,” showrunner Bruce Helford recently shared with TVLine. Hmm, might that mean talk of marriage? And what about Darlene and Ben,whose relationship is on somewhat rocky ground? “I can say that there are lots of couples on the show [where] love is in bloom… or in decline of bloom,” said the EP. “But there will be events in all the relationships as we move towards the [finale].”

I would love to know the big spoiler for The Resident, teased in your last column! Can you give us a hint? –Jen
As promised, here is a big ol’ hint courtesy of co-showrunner Peter Elkoff: “A natural disaster is going to strike Chastain, throwing everything upside down — and we mean that last bit quite literally.”

If you want the Inside Line on a favorite show, email InsideLine@tvline.com! Questions left in Comments will not be read and may count against your final score. (With additional reporting by Vlada Gelman and Ryan Schwartz)