Disney Channel is continuing to blur the line between Zombies and Bunk’d — in the best way, of course.

Zombies‘ leading lady Meg Donnelly is guest-starring in the sitcom’s fifth season finale, TVLine has learned exclusively, as the twin sister of Parker (played by Trevor Tordjman, who appears alongside Donnelly in the Zombies franchise). The episode is set to air sometime this summer.

So, what brings Donnelly’s character, Priscilla Preston, to Camp Kikiwaka? She apparently arrives — by private plane, no less! — to offer her brother a job in the family business.

“I was so excited when I heard I was going to be a guest star on Bunk’d!” Donnelly tells TVLine. “I’ve been a fan from the beginning. Then I heard I was playing Trevor’s twin sister… I almost fell over! We had so much fun on set with the cast and crew. And, as always, Trevor is so funny and makes everyone laugh.”

As TVLine recently reported, Disney Channel has officially ordered a third Zombies movie, which begins production this spring in Toronto. The “third and final installment” in the musical trilogy follows Addison (Donnelly) and Zed (Milo Manheim) through their senior year of high school, which includes an international cheer-off competition… and the arrival of aliens. Hey, that’s Seabrook for you.

See more exclusive shots of Donnelly’s Bunk’d episode below, then drop a comment with your thoughts. 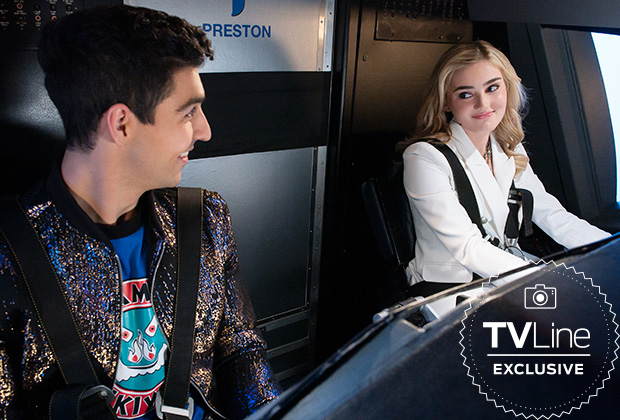 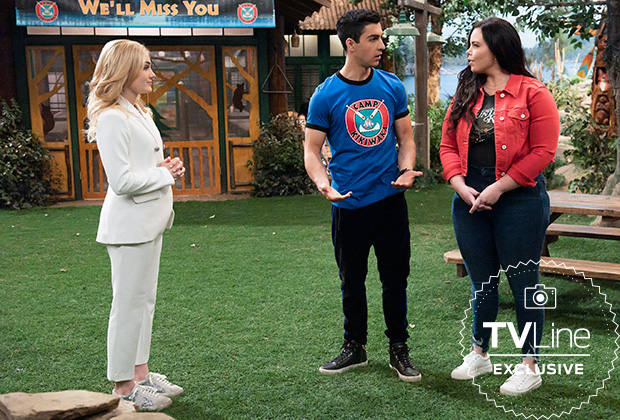 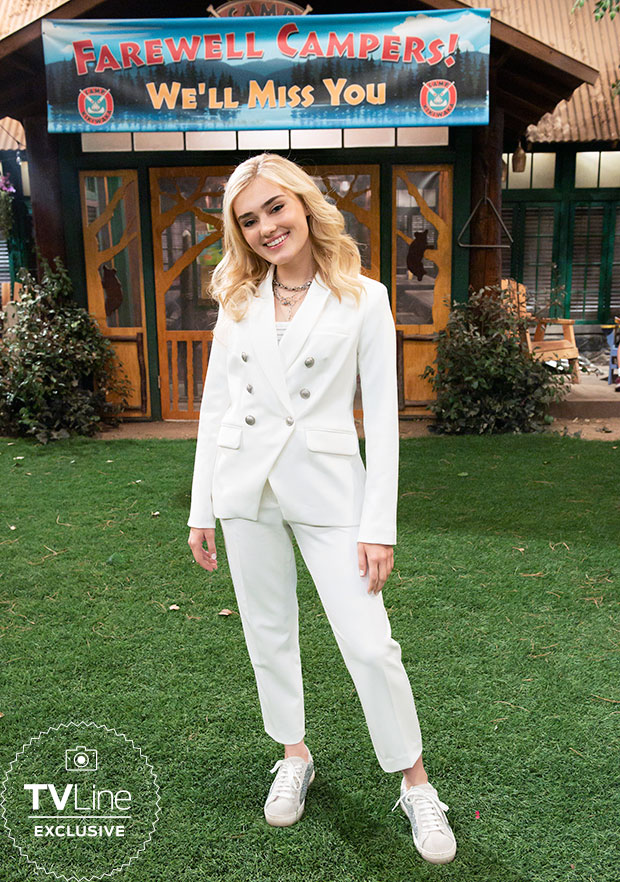