We’ve got questions, and you’ve (maybe) got answers! With another week of TV gone by, we’re lobbing queries left and right about shows including The Rookie, Supergirl, Generation and Law & Order: SVU!

1 | Did it strike you as odd that HBO’s superb Tina Turner documentary featured footage of the music icon singing almost all of her biggest hits… with the exception of one, “Private Dancer”? 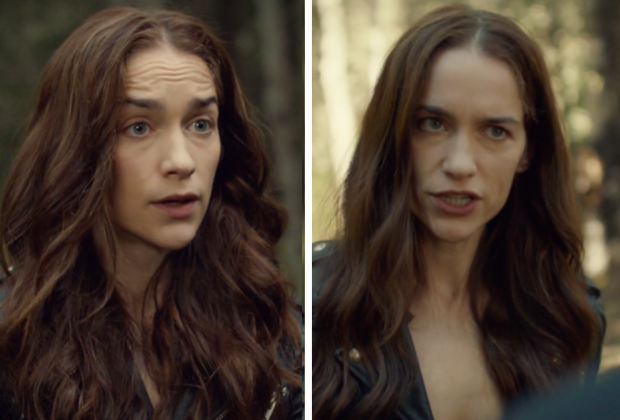 2 | Could anyone else not help but notice how Wynonna Earp‘s enviable mane got tamed over the course of this continuous scene, before Nicole entered the fog?

3 | After watching Carol struggle to make soup for the bulk of an episode of The Walking Dead, didn’t you kinda wish the show had released her makeshift recipe?

4 | If Men in Kilts has a second season, shouldn’t they find some sort of activity that will scare Sam Heughan the way abseiling nearly undid Graham McTavish?

5 | TVLine reader Natalie writes, “How many in the Blacklist/Equalizer fandom overlap had their heads explode when The Blacklist‘s Katarina Rostova (Laila Robbins) showed up on The Equalizer as the CIA director, only to be subject to … well, let’s just say it was one of Katerina’s big moves against Red?” And was it just us or was Dorian’s faked death too seamless on The Equalizer? Won’t the CIA and British and Chinese governments want photos or something?

6 | So, ABC touts one-season Castle alum Toks Olagundoye’s appearance on Nathan Fillion’s The Rookie, but Molly “Rick’s Daughter Alexis” Quinn just very quietly pops up…? Or did you relish the unexpected “Wait, is that…?” surprise?

7 | Is there any chance that Good Girls‘ Rio kept Fitzpatrick alive in order to use him as leverage later? And do you think the show will pull a Weeds and actually relocate the women next season?

7.5 | How did Black Mask remove Batwoman‘s comms without remove her cowl? Or did he politely replace her cowl after doing so?  Maybe while never looking to see her face? 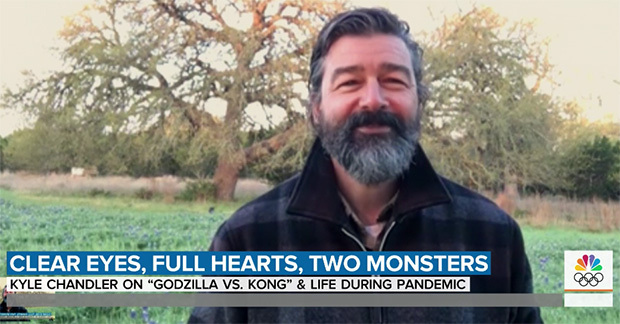 Was “Clear Eyes, Full Hearts, Two Monsters” really the best chyron that Today could think of for its interview with Kyle Chandler (aka Coach Taylor) about Godzilla vs. Kong?

9 | With all due respect to the likes of Kumail Nanjiani and Rupert Friend, is the Obi-Wan Kenobi series’ most intriguing casting Bonnie Piesse, from HBO’s NVIXM documentary The Vow, reprising her prequels role as Aunt Beru?

10 | By the time Kelsea Ballerini decided to call The Voice‘s Blake Shelton “Pops,” didn’t it seem like Kelly Clarkson’s sub had always been a member of the coaching panel?

11 | So… what does Maddox’s home life have to do with anything on Debris so far?

12 | What was the luckiest break for Snowpiercer‘s Layton and Ruth? That they discovered Javy’s lipstick message instantly, amid a sea of sewage? That the KO’d guard’s keys were on his person, and not, like, on his desk? Or that the jackboots in Wilford’s quarters didn’t smell their rank selves before they could get the jump on them? 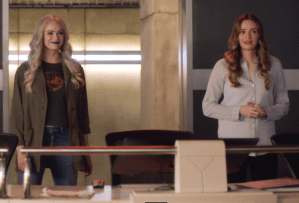 13 | The producers of The Flash do know that This Is Us doesn’t air on The CW, right? (It got so many mentions!) Also, do the actresses playing Frost and Caitlin really need to social distance on set like this? 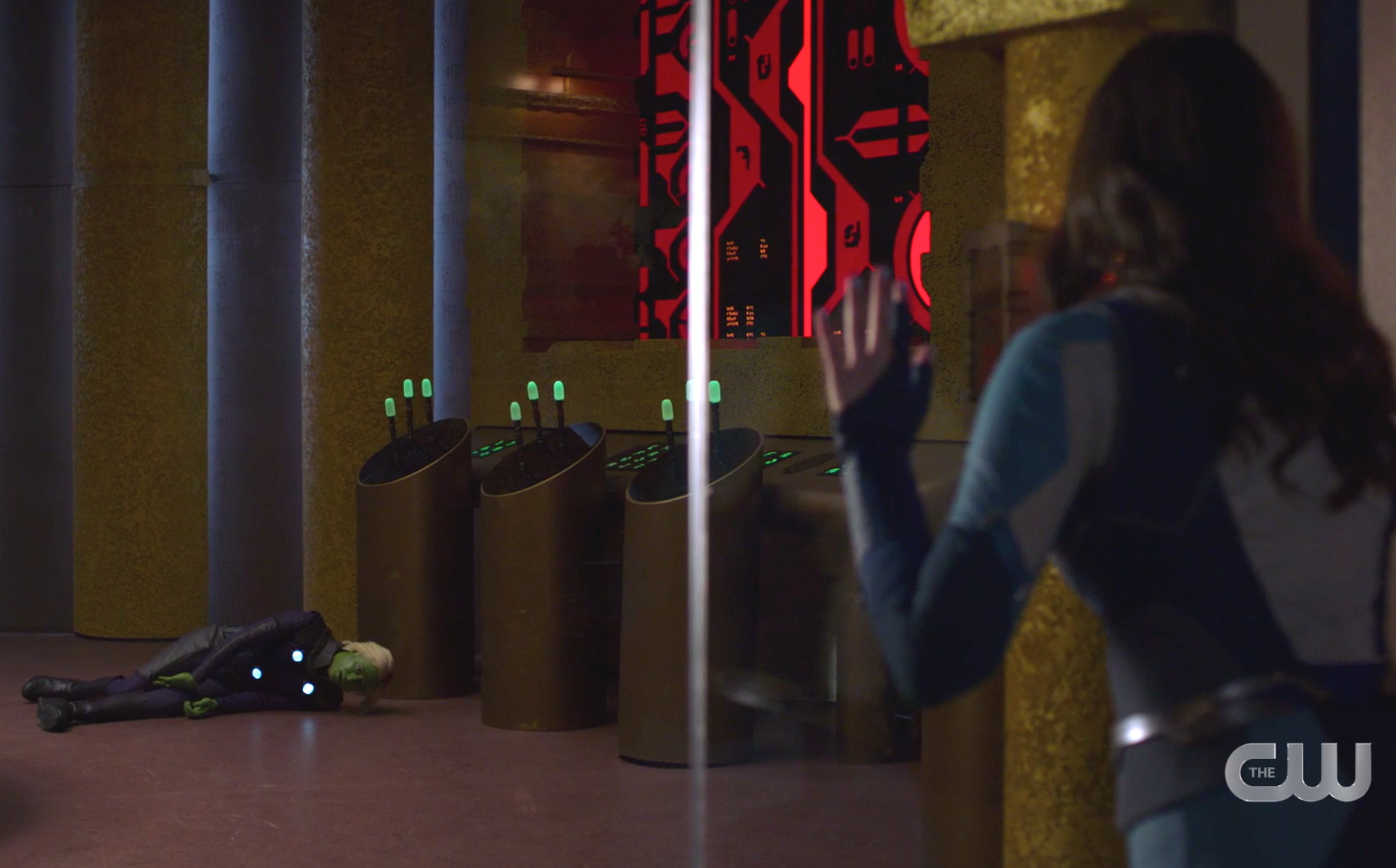 14 | Are we to believe that Supergirl‘s Nia heard a weak Brainy gasp “I love you” from 20 feet away and through a thick, radiation-containing layer of glass? And did anyone else feel completely lost during the first half of the premiere?

15 | Good Trouble viewers, who do you think Raj’s new mystery girlfriend is?

16 | Had you, too, been waiting for Chicago Med to explain the origins of Crockett Marcel’s name?

17 | Were you sad to see Big T go on The Challenge: Double Agents? And with one more male elimination in the cards, which player do you think will be chopped? 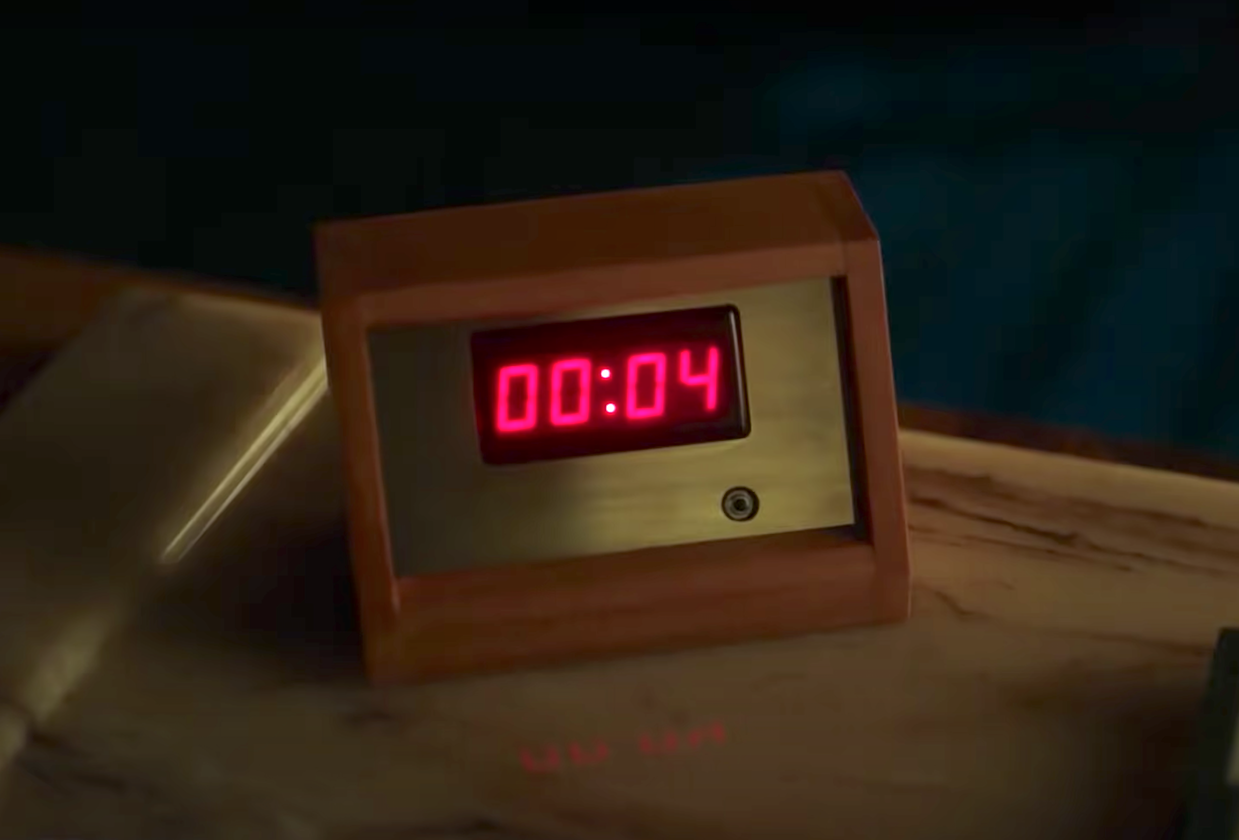 18 | If Riverdale‘s Hiram doesn’t want to be implicated in his evil schemes, should he maybe not put a big red countdown clock on his office desk to show when an explosion will go off, setting off an orchestrated prison break?

19 | Taking bets, Challenge: All Stars fans: Who’s going to get into the first fight, and who do you predict is going to win that $500K? Also, were you slightly underwhelmed by the All Stars’ performances on the first challenge?

20 | Will Generation‘s Chester be able to get past his feelings for guidance counselor Sam? Will Megan ever be able to understand her kids? And will Chester and Bo officially become a thing when the series returns?

21 | Was it just us, or did Grey’s Anatomy‘s Meredith kinda blow off Lexie — just moments into their sisterly reunion — when Mark showed up? Leaving Lexie to just smile and nod as Mer and Mark chatted? (Or is Lexie to blame, seeing as she apparently was more interested in flying a kite??)

22 | It seems like the Million Little Things friend group has gone quite a few episodes without any update from Delilah, right?

23 | Law & Order: SVU/Organized Crime viewers: What’s the over/under on when — if ever! — we’ll become privy to the contents of the letter Elliot wrote Olivia? And on Organized Crime (as several readers pointed out), wouldn’t Fin have been at Kathy’s funeral, as well? 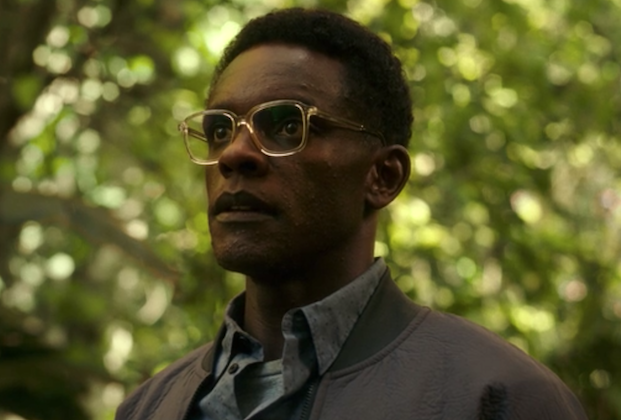 24 | How funny was it to see Chris Chalk, who played Gotham‘s Lucius Fox, show up in Godzilla vs. Kong looking like Batwoman‘s Luke Fox?

25 | Who of authority would have cleared The Falcon and the Winter Soldier‘s Bucky Barnes — who’s already on a tight-ish government leash — to visit the man who has proven able to brainwash him to be a killing machine?

26 | After this Friday’s episode of For All Mankind, who else felt vindicated in their suspicions about Karen and Danny?