Netflix’s The Kominsky Method will take its final bow on Friday, May 28, TVLine has learned.

As reported back in September, original cast member Alan Arkin — who earned Emmy, Golden Globe and SAG Award nods for his role as Norman Newlander — will not be a part of the acclaimed comedy’s third and final season. (A rep for the show said last fall that Arkin’s decision to exit had been made “some time ago,” while our sister site Deadline reported that Arkin chose to leave the show before the coronavirus pandemic hit the television industry.) 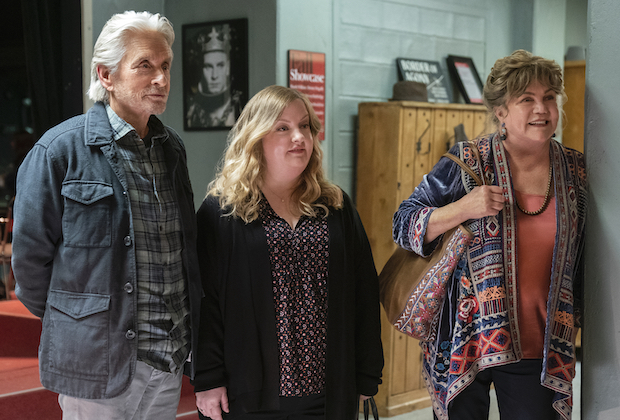 In The Kominsky Method‘s six-episode farewell run, Sandy (played by Golden Globe winner and two-time Emmy nominee Michael Douglas) has to navigate what aging looks like without his longtime friend Norman by his side. Life only becomes more complicated with the arrival of Sandy’s ex-wife Roz (new series regular Kathleen Turner). The pair’s famously volatile relationship is further inflamed when she comes to L.A. to spend time with their daughter Mindy (Sarah Baker) and her boyfriend Martin (Paul Reiser).

“This season of The Kominsky Method deals with money, death, love, murder, and dreams coming true. In other words, the usual,” reads the official synopsis.