We’ve got questions, and you’ve (maybe) got answers! With another week of TV gone by, we’re lobbing queries left and right about shows including Superman & Lois, New Amsterdam, For All Mankind and The Falcon and the Winter Soldier! 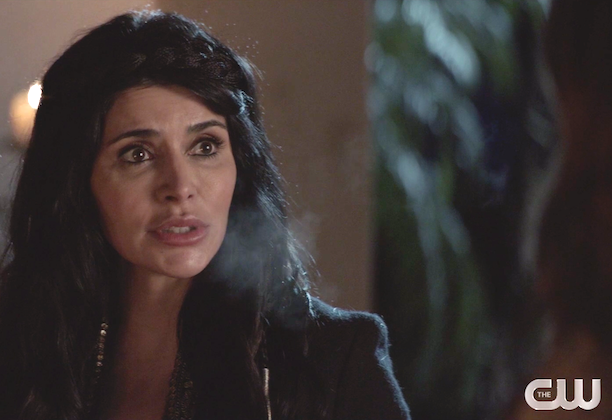 1 | Shouldn’t Batwoman‘s high-tech Batmobile have, like, a biometric lock, so authorized users don’t have to go rummaging for a physical key? Also, how distracting were the huge plumes of frosty breath coming out of Safiyah and Alice’s mouths on tropical Coryana?

2 | Couldn’t Good Girls‘ Annie have used a few of her dollars to give Kevin some (OK, any!) sort of makeover for the school fundraiser? Wouldn’t that have been funnier (or even dramatically tense), him appearing to fit in, but not?

3 | Did one single Pennyworth viewer shed a tear over the Alfie/Sandra break-up? (Did the writing ever support them as a root-for couple?)

4 | For American Gods viewers who hadn’t read the book: Were you surprised by the Hinzelmann reveal? 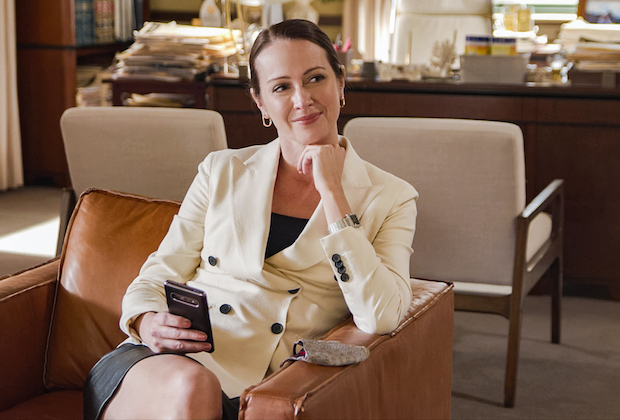 5 | Amy Acker on All Rise is a total catch, for the show and Judge Benner, yes? And she must be a keeper if they went and gave her a house, right?

6 | Could The Neighborhood have been any less subtle with this week’s Amazon Alexa product placement?

7 | Do The Bachelor‘s producers need to seriously consider tweaking their format, since three of the last four seasons have ended with the final couple splitting up before the finale even ended (and the fourth later ended in a restraining order)? Did it seem like Final Rose substitute host Emmanuel Acho was flirting with Michelle Young, Rachael Kirkconnell and Katie Thurston, or is he just friendly? (And did you notice Chris Harrison still did the ATFR voiceover even though he wasn’t there?)

8 | Shouldn’t NCIS‘ Gibbs have at least overtly apologized to Bishop, for violently elbowing her off of him when she tried to stop him from killing the animal abuser? 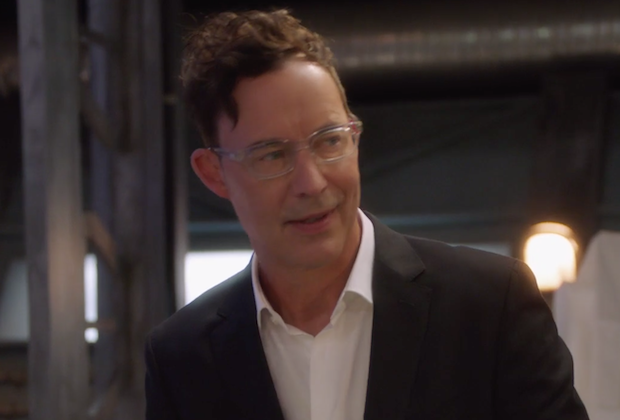 9 | If The Flash stole Eva’s arm blaster, how is it that her duplicates all had one? Who do you think Harrison as conspicuously noticing/nodding at during the Speed Force-charging sequence? Could Ralph’s exit storyline been any clunkier? (And did his “Stay Flashy…. Dibny, out!” make you kinda miss him already?)

10 | Lana’s husband on Superman & Lois is totally gonna die in a not-so-tragic accident, yes? And did you recognize creepy Killgrave as the same actor (Brendan Fletcher) who played Oliver’s creepy prison sidekick on Arrow? 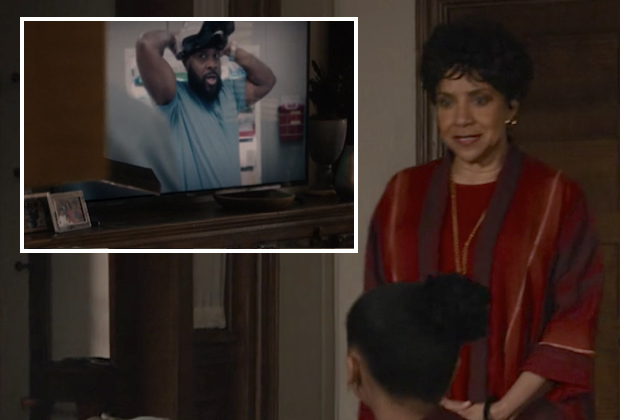 12 | Did any other This Is Us viewers make the Cosby Show connection when Phylicia Rashad’s Carol made her granddaughters turn off the TV, which was tuned to Malcolm-Jamal Warner on The Resident? And in one of the rare dramas that’s been pretty on-point about on-screen COVID-19 considerations, wasn’t it odd to see Kevin and Kate’s families gather for an inside, unmasked dinner with zero mention of quarantines or vaccines or… any precaution, really?

13 | If New Amsterdam‘s Max was that adamant that the hospital isn’t safe, shouldn’t more doctors, staff and visitors have been wearing masks? (Even if vaccinated, they can still be carriers.) And were you sad to see Floyd and Evie break up?

14 | Considering the cliffhanger that Mayans MC‘s second season ended on, were you a bit surprised (and/or disappointed) that the Season 3 premiere barely acknowledged that dead SAMCRO member?

15 | Is Chicago Fire‘s Casey crazy for turning down $80,000 for that Rolex watch? And how was his sister so quick to agree with him?!

16 | Why did Riverdale give up on Archie and Betty’s (hot!) hookups after just a few weeks, and go right back to Archie and Veronica? Wasn’t this time jump supposed to be a game-changer? 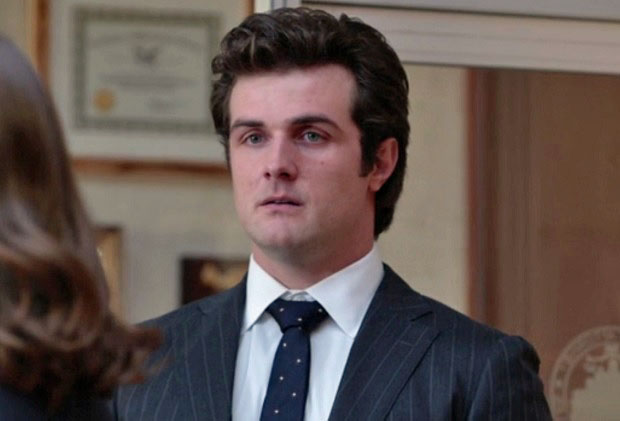 17 | Good Trouble‘s Mariana knows Evan is on the spectrum, so why is she acting so oblivious? Are you kinda bummed to see Jamie lose his facial scruff? How much are you loving the friendship between Davia and Gael? And did you see Dyonte’s polyamorous confessing coming?!

18 | Who here is ‘shipping Generation‘s Greta and Riley? And any guesses as to how this Chester/Sam stuff is going to shake out?

19 | Is the last thing that Zoey’s Extraordinary Playlist‘s love triangle needs yet another love interest?

20 | Anyone else feel guilty about how quickly you went from shipping Station 19‘s Vic and Dean to shipping Vic and Theo? Just us?

21 | When Grey’s Anatomy‘s Owen scooped up Teddy, how many of you panicked that he was going to hastily forgive and marry her, if only to cheer her up? 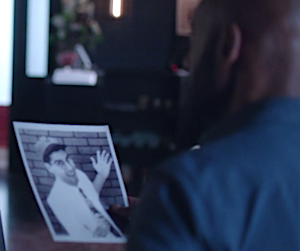 22 | A Million Little Things viewers: Did you notice that the headshot Rome was handed was actually a photo of showrunner DJ Nash? Also: How did Jamie know the address of where Maggie was staying? And wouldn’t the whole Gary/Darcy/Maggie situation have been made about 80-percent better if he had explained things, then offered to drive up and join Darcy and Liam at the cabin first thing the next morning?

23 | Who do you want to see The Unicorn‘s Wade end up with? Shannon, Caroline, Lena… someone else? Do you feel like the fate of NBC’s La Brea (starring Natalie Zea) will determine if Shannon is even an option? (If The Unicorn returns.)

24 | We know that Superstore‘s Lowell Anderson was supposed to be a bit eccentric — or, as Cheyenne put it, a “rich dick” — but was that supposed to excuse the fact that he never wore a mask? 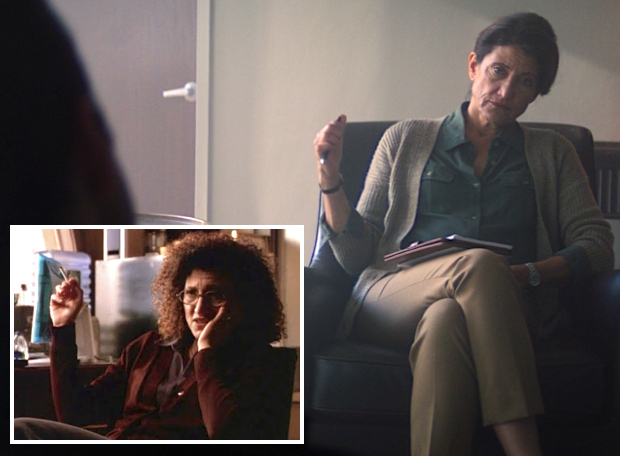 26 | As seen in the Falcon and Winter Soldier premiere, ? What kind of dating site was Bucky on? Couldn’t Stark Industries supe up Sam and Sarah’s boat real nice-like? How did Sarah know to turn on for Sam a live news conference, if the big announcement hadn’t been made yet?  And wait a second — Bucky has the same shrink as Felicity Porter (played by Amy Aquino)?!

27 | Are we reading too much into it, or is there a weird vibe between For All Mankind‘s Karen and Danny?

28 | Should we be trusting Servant‘s Leanne? Sure, she may have brought Jericho back, but her final comments of the season sounded extra ominous, no?