Matt James didn’t choose Katie Thurston or Michelle Young to be his forever boo on The Bachelor, but that isn’t stopping ABC from making a commitment of its own.

Both women will get their own season of The Bachelorette, Emmanuel Acho announced during Monday’s The Bachelor: After The Final Rose. Katie will take the lead in Season 17 this summer, while Michelle will do the honors in Season 18 this fall.

Bachelor Nation knows Katie, 29, as the bold and outspoken 11th place contestant who showed up to meet Matt on day one with the vibrator that she said kept her company during quarantine. Despite their initial chemistry and laughs, however, Katie was eventually relegated to the friend zone. Matt granted her a single one-on-one date so he could tell her he didn’t have passionate feelings for her. A Washington State native who works in bank marketing, Katie also grabbed attention and admirers when she fought against bullying inside the house amongst the other women. She even confided in Matt so that he could put a stop to the bullying as well. 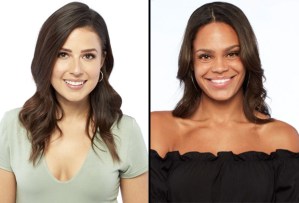 As for fan favorite Michelle, 27, she’s an elementary school teacher from Minnesota. Despite being a late addition, Michelle quickly connected with Matt and the two bonded over shared values and prior experiences as collegiate athletes. When Matt met Michelle’s parents, LaVonne and Ephraim, they embraced him and even played a game of basketball as a foursome. And Matt often selected Michelle as his first choice at the start of countless rose ceremonies.

But Matt clearly had stronger feelings for Rachael Kirkconnell, the 24-year-old graphic designer from Georgia whose racially insensitive past caught up with her when pictures of her at a 2018 Antebellum party reinforced negative and offensive mores from the pre-Civil War south.

Bachelor host Chris Harrison, meanwhile, landed himself in hot water when he defended Rachael during an Extra interview with Rachel Lindsay — the franchise’s first-ever Black lead. Not only did Harrison talk over Lindsay in the February interview in order to decry the cancel culture he felt had targeted Rachael, but he refused to consider why people were actually offended.

Harrison’s actions and choice of words quickly drew criticism and he apologized on social media and eventually took a self-imposed leave of absence to work on the way he “perpetuated racism.” Although he appeared as the host on Season 25, which was shot prior to the controversy, Harrison bowed out of the After the Final Rose installment. That’s when Acho, a former NFL linebacker and Fox Sports analyst, hosted in his place.

ABC Entertainment and Warner Horizon announced that Harrison would not be hosting Season 17 of The Bachelorette. Instead former former Bachelorettes Tayshia Adams and Kaitlyn Bristowe will take over in his stead.