The fallout continues: ABC has removed Chris Harrison as the host of the forthcoming season of The Bachelorette.

“Chris Harrison will not be hosting the next season of The Bachelorette,” ABC said in a joint statement with Warner Horizon. “We support Chris in the work that he is committed to doing. In his absence, former Bachelorettes Tayshia Adams and Kaitlyn Bristowe will support the new Bachelorette through next season.

“As we continue the dialogue around achieving greater equity and inclusion within The Bachelor franchise, 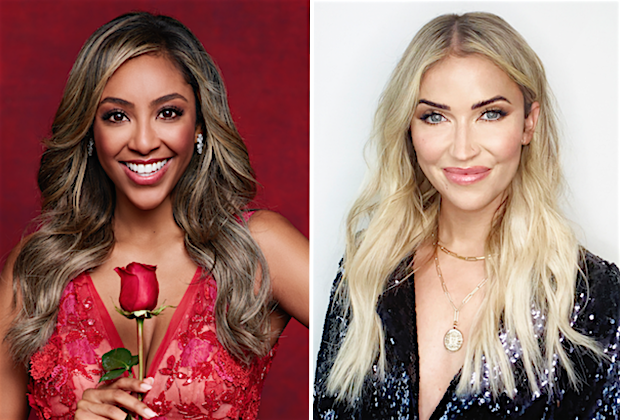 we are dedicated to improving the BIPOC representation of our crew, including among the executive producer ranks,” the statement continued. “These are important steps in effecting fundamental change so that our franchise is a celebration of love that is reflective of our world.”

The kerfuffle involving Harrison erupted last month when photos surfaced of current Bachelor contestant Rachael Kirkconnell attending a 2018 Antebellum party, a gathering that romanticizes the pre-Civil War South and reinforces racist imagery from that time. While many criticized Kirkconnell’s behavior, Harrison defended her in an Extra interview with Rachel Lindsay — The Bachelorette‘s first-ever Black lead — and denounced the “cancel culture” that he felt had targeted her.

Harrison later apologized for “wrongly speaking in a manner that perpetuates racism” and opted to take “a period of time” away from ABC’s dating series, and that includes sitting out the upcoming After the Final Rose finale special on March 15, with former NFL player Emmanuel Acho filling in as host instead.

In a Good Morning America interview last week, Harrison once again fessed up to his mistakes. “I am an imperfect man,” he said. “I made a mistake, and I own that. I believe that mistake doesn’t reflect who I am or what I stand for. I am committed to the progress — not just for myself, but also for the franchise.”

Harrison told GMA that he was working with a race educator and strategist, along with faith leaders and scholars like Georgetown University sociology professor Dr. Michael Eric Dyson.

“I plan to be back, and I want to be back,” he said of his possible return to the franchise down the line. “This interview is not the finish line. There is much more work to be done, and I am excited to be a part of that change.”