THE PERFORMANCE | Is anyone on TV having more fun than Alan Tudyk right now? On Resident Alien, Tudyk plays an extraterrestrial hellbent on destroying mankind, yet posing as a human doctor named Harry Vanderspeigle. The premise, which is equally quirky and campy, provides the actor with a fantastical sci-fi playground to romp around in, leading to some stellar physical comedy — a skill directly in the actor’s wheelhouse.

In Wednesday’s episode, Harry felt the hurt after his wife left him shortly after he lost his job. Surprisingly, all of the displacement tugged hard at his quasi-human heartstrings. In addition, the disappearance of his spaceship prompted him to “feel his feelings” (a.k.a., scream frantically into the wind while punching the snowy ground), giving Tudyk the acting challenge of processing emotions through the filter of a being who’s never felt them before. The trifecta of loss encouraged Harry to explore how humans process failure (or so he thought), so he whipped up a cocktail of prescription drugs and liquor, and settled into one monster stupor. With his drunken reaction and over-the-top narration, Tudyk once again knew how to make an absurd situation even weirder.

And the comedic tour de force didn’t stop there. We were also treated to a daydream montage of Harry delivering newspapers, serving drinks as a barista (with a manbun, ‘stache and nose ring, to boot!) and even tattooing Jerry Orbach’s face on D’Arcy’s arm. If those images weren’t the most ridiculous happenings on television this week, then cue the scenes of a stoned Harry in full alien garb threatening his grade-school nemesis while comically losing his train of thought. Tudyk brought the funny and then some, once again showcasing that the actor’s brand of comedy pairs perfectly with the show’s DNA of sci-fi, silliness, and most importantly, heart. 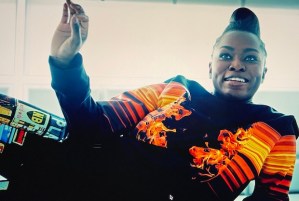 HONORABLE MENTION | It’s not often that American Gods gives Yetide Badaki a chance to show off her considerable comedic chops. Accordingly, Sunday’s episode, in which she played Bilquis-as-Technical Boy during one of Tech Boy’s inner monologue dialogue moments, gave viewers a really good time. Seemingly effortlessly, Badaki lampooned Tech Boy’s brash irreverence, as well as his creative pottymouth. (Seriously: Her delivery of the epithet “d—-e canoe?” Perfection.) Multiple years of working alongside co-star Bruce Langley allowed Badaki to nail his mannerisms, inflection and body language in a way that was supremely funny and incredibly enjoyable. And given the crisis of conscience that she seems to have set off, we can only hope that we’ll see a repeat performance in a potential Season 4. 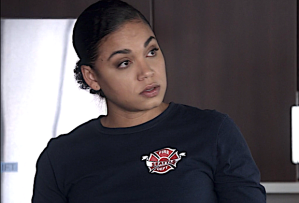 HONORABLE MENTION | You know how tired you are of being scared after a year-plus of the pandemic? That, Station 19’s Vic beautifully expressed in Thursday’s episode, is how it feels to be a Black woman — always. Though the hour allowed MVP Barrett Doss to show flashes of the radiance that makes her a gift from the romcom gods, it was in her character’s breakdown with BFF Travis that the actress really wowed. Reeling from the events of the midseason finale, Vic was “so angry, I can’t calm down and… so sad, I’m literally vibrating.” With every halting syllable Doss uttered, Vic’s rage and despair were so palpable, it was less a surprise, when she burst into tears in response to the battalion chief’s compassion, than it was a relief. 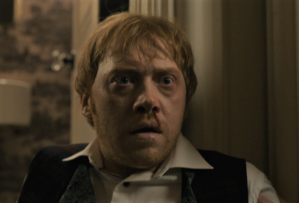 HONORABLE MENTION | In Episode 9 of Servant, Rupert Grint continued serving up Julian Pearce’s amusing arrogance, while pivoting to a state of panic and fear once rising tensions hit a boiling point. (The cocaine his character snorted certainly didn’t help!) At a Christmas luncheon, Julian could no longer hide his personal grief and anxiety over the whereabouts of baby Jericho, as his defensive walls crashed down and almost buried him. Grint shined throughout, from his furious-yet-comical explanation of the fake baby situation, to his tense confrontation with his dad (“You never gave a f–k about my pain!”). The actor handled undulating emotions and snappy dialogue like a pro, as Julian’s normally put-together exterior unraveled, culminating in an overdose. Following his supernatural revival, Grint’s face was pure horror, having just seen his missing (dead?) nephew in some mysterious, unknown realm. It was a high-octane performance full of dreadful feeling that left us craving more.