Will The Good Doctor make a good father? We’re mayyyybe about to find out.

At the end of Monday’s episode, Lea revealed to Shaun that she’s pregnant. We can now confirm that it’s not just a pregnancy scare — “We wouldn’t do that,” showrunner David Shore tells TVLine — and the next episode will “basically” pick up where we left off, once Shaun overcomes the initial onslaught of emotions that rendered him speechless. 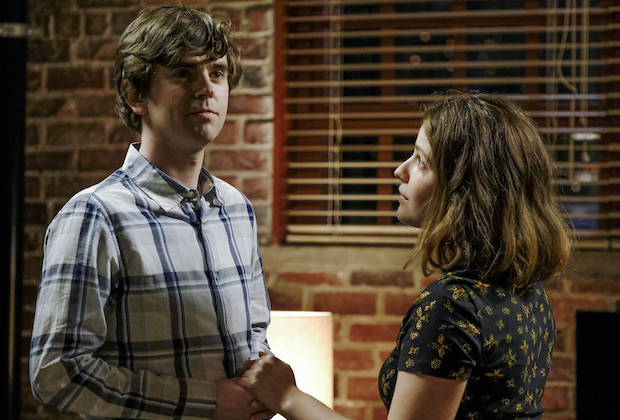 From there, the hour will focus on all the uncertainty that comes with an unplanned pregnancy. The fact that Shaun and Lea have only been together for a relatively short period of time — 11 episodes, to be exact — will also come up.

“The fact that [their relationship] is so new is exactly what we will be looking into,” Shore says. And the biggest question moving forward will be, “Are they ready?”

Asked if Shaun and Lea will consider an abortion, Shore will only say that the young couple has “a lot of questions they need to answer.” But in terms of what this pregnancy means moving forward, the executive producer maintains, “This is huge,” and will set the stage for Season 4’s remaining episodes.

Shore also confirms that The Good Doctor will address Park and Morgan’s rather obvious feelings for each other, which presented themselves in the form of lingering stares at the tail end of Episode 11. We’ll also see more of Glassman in the operating room following his successful return to neurosurgery — though Shore doesn’t want to “overpromise” on that one.

Do you think Shaun and Lea are ready for parenthood? Click through the attached gallery for new photos, as well as a promo for Episode 12, then drop your thoughts in a comment below.