After Night 1 of The Voice’s Season 20 Blind Auditions set the bar high for the contestants (read the full recap here), I half-expected the singers on Night 2 to wind up limboing under it. Were they lacking by comparison, or did they keep the momentum going? Read on, and we’ll discuss.

Gean Garcia (Team Kelly), “All I Want” — Grade: B | So impressed with this baby-faced 19-year-old’s unique, vaguely Dylan-esque vocal was Blake that not only was he the first to turn, he used his Block on Nick. And the son of a Spanish Christian artist was super appealing, singing with the same ease that a well-worn pair of jeans fits, tatters and all. “You have such an interesting voice,” said John, the only coach not to turn. “Almost haunting.” Blake went so far as to look up what “melancholic” meant in hopes of enticing Gean — to no avail, it bears mentioning. 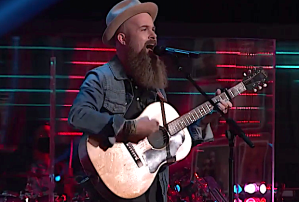 Aaron Konzelman (Team Blake), “Ordinary World” — Grade: B | At first, I thought that this 39-year-old “jack of all trades, master of none of them” was doing a beautiful job of stripping down and powering up Duran Duran’s oldie-but-a-goodie. But as the two-chair turn’s performance went on, I was more like “Eh, well” than “Oh, wow.” It was solid, it was strong, it just wasn’t memorable — certainly not as memorable as that ZZ Top-worthy beard of his.

Carolina Rial (Team Legend), “Stay With Me” — Grade: B+ | After this 17-year-old Jersey girl tearfully explained in her pre-interview that she was a first-generation American who’d lost her dad as a baby, she lit up the stage with a Sam Smith cover that demonstrated a) how far she could run and b) how she could make a familiar number very much her own. The two-chair turn didn’t so much sing the notes as manipulate and possess them in the coolest of ways. “You breathed new life into the song,” marveled John.

Ethan Lively (Team Blake), “You Look So Good in Love” — Grade: B+ | This 17-year-old Tennessee dog groomer/farmhand told us before he performed that he hoped to add a third job to his resume: performer. Thankfully, besides looking like he was born wearing a Stetson, he was blessed with a classically country voice that sounded like it could have come from a decades-old jukebox. I honestly wasn’t sure what took Blake so long to turn. Was Ethan earth-shatteringly good? Nah. But he was as solid as the broad side of a barn — there was something there that a coach could work with. 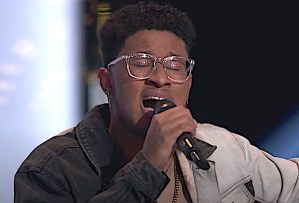 Zae Romeo (Team Nick), “Falling” — Grade: A+ | Credit where it’s due: This 21-year-old Texan legit gave me chills with his rendition of Harry Styles’ “Falling.” Every note sounded like it carried upon it another tear. And he was so emotionally open, it felt like I was using his broken heart for headphones. Kelly dinged him on technical imperfections that she chalked up to lack of air — guess I was too swept away to notice? — but even she was blown away. He’s a four-chair turn that wasn’t a five- only because there weren’t any more seats to swivel.

So, compared to Night 1’s crop of hopefuls, I thought Night 2 was pretty OK, not a KO — except for Zae. What about you? Hit the comments with your reaction, and vote for your favorite in the poll below.