Season 20 of The Voice started off on a high note Monday night. Not only did it return to the coaching panel Nick Jonas (sitting in for Season 19 victor Gwen Stefani), it found Blake Shelton, Kelly Clarkson and John Legend in excellent spirits as they ribbed one another and marveled at singers so promising, one even inspired our resident EGOT winner to do something he’d never done on the show before. What was it, and who got him to do it? Read on… 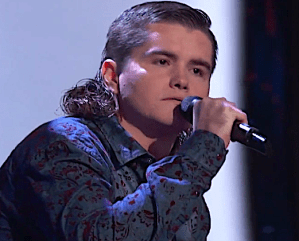 Kenzie Wheeler (Team Kelly), “Don’t Close Your Eyes” — Grade: B | A self-proclaimed mama’s boy wholly enamored of his “dang mullet” — though not as enamored of it as a Blocked Blake — this soft-spoken 22-year-old won himself a four-chair turn with a rich, resonant rendition of Keith Whitley’s ballad. To his credit, nothing seemed to faze Kenzie; even as one chair after another swiveled, he powered through as unaffected as if he was singing in the shower.

Dana Monique (Team Nick), “Freeway of Love” — Grade: A | Holy smoke! I was already sold on this 41-year-old cruise-ship singer owing to her combustible stage presence and the way her powerful pipes elevated her performance well above karaoke. But then, when she really let loose and wailed? Forget it. She knocked me clean off the couch; couldn’t believe she only got two coaches’ attention. (At least Kelly insisted that she hadn’t swiveled only because she was tired of losing R&B singers to John.) 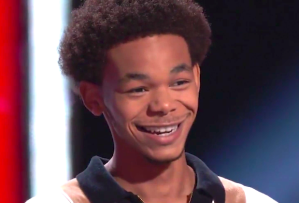 Cam Anthony (Team Blake), “Lay Me Down” — Grade: A | This Philly 19-year-old with what’s likely to be the winningest smile of the season had a brush with fame at age 12 when a YouTube cover of Bruno Mars got him booked on Ellen and invited to the White House. And when he sang, Lord, you could hear why. There’s a purity to his voice — “a finale voice,” Nick called it — that was stunning to hear. And his runs qualified as beautiful, beautiful marathons. Perhaps most telling: Blake was so eager to recruit Cam that he promised if the teen picked him to be his coach, he wouldn’t turn for another singer in the contestant’s lane.

Christine Cain (Team Legend), “Watermelon Sugar” — Grade: C | After being bullied out of the spotlight as a teen, this 27-year-old from Pasadena hit the stage determined to show the world that “big girls rock.” And she definitely has a nice voice, her performance just wasn’t remarkable. Easy as she was to root for, she sounded shaky at times and never really had that capital-M Moment that  transforms a contestant into a contender.

Pete Mroz (Team Blake), “Can’t Find My Way Home” — Grade: B- | “I thought I was gonna be the next Garth Brooks” as a kid, admitted this traveling golf-apparel salesman, now 45. He sounded more to me on his Blind Faith cover like he could’ve been the next Glenn Frey. His performance was perfectly pleasant — solid but not extraordinary. But what is likely to work in his favor is that it turned out that a quarter of a century ago, he and Blake had been in the same band, the Young Riders. So I suspect a lotta viewers will be invested in seeing the cowboy’s old pal succeed.

Devan Blake Jones (Team Nick), “Hard Place” — Grade: C | Though this avid plant collector wore his heart on his voice as he covered H.E.R., he sometimes wandered off pitch. Plus, even if we’re just comparing contestants from Monday’s episode, his performance wasn’t compelling, certainly not as much as, say, Cam Anthony. (Yes, I may already have a favorite.) Methinks the one-chair turn will be a casualty of the Battles. 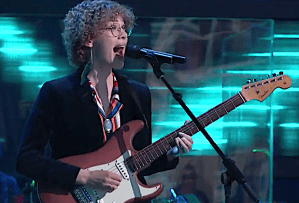 Raine Stern (Team Nick), “Electric Feel” — Grade: A- | I suspect the sound of this 22-year-old self-described black sheep won’t be to everyone’s taste: She’s a little rough and a little raw. But I devoured her raucous performance, howl and all, and came back for seconds. Her voice was sexy and ragged, kinda like Alannah Myles. (Look ’er up, kiddos.) And as John told the three-chair turn when she was done, she’d worked an audience that hadn’t even been in the room. Can’t wait to hear more from Raine.

Corey Ward (Team Kelly), “Dancing On My Own” — Grade: A- | Back after failing to get a chair turn in Season 19’s Blinds, Corey explained before his performance that he’d chosen Calum Scott’s version of Robyn to cover because he wanted to make sure we could hear the emotion in his voice. And did we ever. Not only did he demonstrate impressive range, but the two-chair turn’s performance had the intensity of a middle-of-the-night voicemail you’ll probably regret leaving for your ex while drunk (but will, anyway). 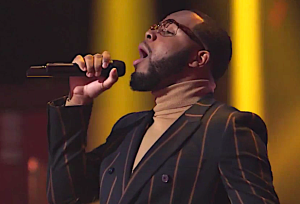 Victor Solomon (Team John), “Glory” — Grade: A | Though Blake remarked that the college stepper had an “old-man voice” — as a compliment, we think — what was really remarkable about Victor was how much he sounded like a (John) Legend in the making. He sang the coach’s Oscar-winning Selma number with a passion and a power that was so undeniably thrilling, it prompted John to do something he had done previously “zero times”: turn for an artist performing one of his numbers. How could he not? John said. The three-chair turn had done things that were “better than what I would do with the song.” Da-amn! (Hilariously, even after John dueted with Victor on “Ordinary People,” he pretended that he was going to pick Blake to be his coach.)

So, what did you think of the Season 20 premiere? Grade it in the poll below, then pick your favorite of the first Blind Auditioners.