The following contains spoilers from the March 1 episode of TNT’s Snowpiercer.

Damn, Snowpiercer — that was cold.

This Monday’s episode of the dystopian TNT drama rewound a bit to chronicle engineer Melanie Cavill’s trek to the remote research station, and reveal what she found therein — namely, a pair of married researchers who, with their young daughter, had died in a murder/suicide scheme. 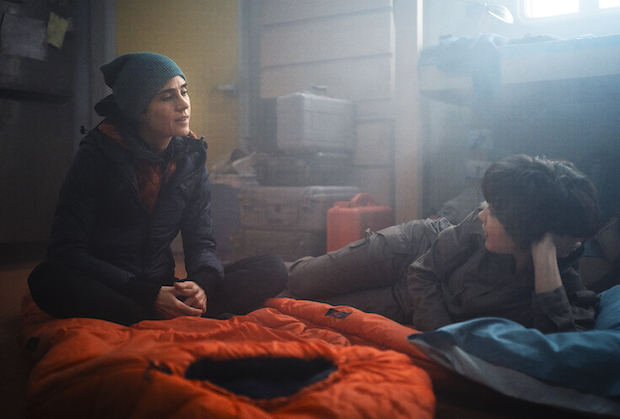 Taken aback by that grim discovery and then further pushed to the edge by the loss of her sled and the hunger that followed, Melanie hallucinated visits from Wilford, Andre and Alex. And though she would just barely Mark Watney the situation by cleverly hunting down a hidden nest of meaty rats, a torrid storm knocked down the signal tower, which explained why she failed to “ping” the latest weather balloon as scheduled. Melanie brilliantly raised the tower back up and got it back online, but when she later went to rendezvous with Snowpiercer as planned… the mighty train rambled right on past her, with a distraught Alex bellowing to her mom from inside the rear window.

Here is what series star and recent TVLine Performer of the Week Jennifer Connelly was able to reveal about that tragic twist, and what it means for her future on the series.

TVLINE | My No. 1 question coming out of this episode is: So, what is “rat”? What is Jennifer Connelly eating there in those scenes? Is it jerky? Chicken?
Wait, I have to remember…. The reason why I’m pausing is because it was something peculiar. It was something I had never heard of before that technically was some kind of a fruit that looks like meat, because I don’t eat meat. The props people had come up with this thing that they said is amazing when you cook it. I didn’t believe them that it actually was plant matter, but unfortunately I’m blanking on the name of it right now. 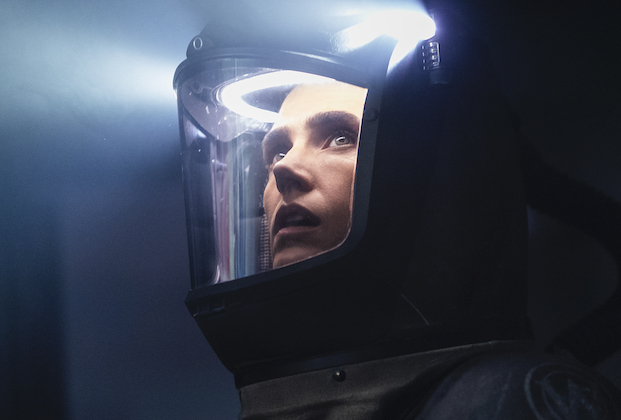 TVLINE | Now, more to the point of what we just saw: Are we to believe that the train actually sped past Melanie without stopping? Or could this be another hallucination of hers?
Well, I suppose it could be a hallucination, because she has been seeing things, but… I think I’m allowed to say it is the real deal.

TVLINE | Will we find out why Snowpiercer blew her off?
That’s kind of a big thing to leave unanswered, so I feel pretty confident you might get some questions answered there.

TVLINE | What most surprised you most among the things that were revealed in the pre-Freeze flashbacks?
Well, because of the conversations that I had with [showrunner] Graeme [Manson] from the very beginning, about the nature of her relationship with Wilford, I had a sense of what that past had been — but of course to see the expression of is always different. Working with the actor who is then playing that part (Sean Bean) always brings a new energy and dynamic to the show.

TVLINE | Yes, we had a sense of what the history with Wilford was, but that moment where he had the geneticists assassinated was so dark. If you were at all on the fence about Wilford, that really moved the needle, I thought.
Absolutely. And I thought the arguments about science and the importance of science and someone standing up for science were interesting. All along, I knew that the show was talking about things that were really relevant, but we filmed that a while ago. And as I watching it, I thought, “Wow, I didn’t even realize at the time how prescient so much of this is.”

It’s truly horrific as we see Wilford’s two faces — there’s the charming showman who is able to seduce a huge portion of that train and all these diehard followers, and yet we know that he is capable of this incredible cruelty. Yeah, I thought it was really chilling.

Graeme and the writers have done a really good job of not putting all the cards on the table at once. At the beginning of the show, you think Melanie is responsible for doing some pretty horrific things herself, but then as the show goes on you’re kind of like, “Wait, maybe I like her. Maybe she did it for the right reasons. Maybe she is not super evil” — and then you see what she’s doing to Josie and you’re like, “Oh.”

TVLINE | Melanie being stranded for what I have to figure is at least another month is going to do another real big number on her psyche — as if she wasn’t already starting to break.
That’s really having to “science” your way out of a problem, I think!

TVLINE | So, are we going to see you again after this episode? Are you able to say?
I think that might give too much away, so… you’ll have to keep watching.