THE PERFORMANCES | Discovering at the close of last season that Melanie Cavill’s daughter was alive left us a bit, well, cold. By that point, we had barely heard tell of Alex. And when her eventual reunion with Mom registered in the single digits (“I am distinctly underwhelmed”), we worried it’d be too long before we felt the warmth that such a moment deserved. Worse, there was the sense that even when Alex did display attachment, it’d be part of a Mr. Wilford-led ruse.

But in Season 2’s third episode, with Melanie about to embark on what might be a suicide mission, things sincerely thawed between mother and child, and Connelly and Blanchard both shined bright.

“What do you think is going to happen here over the next few hours?” Alex wondered as she helped Melanie equip herself for a trek to a remote station. “As much as possible,” Melanie hoped. When Alex noted the irony of them now possibly reconnecting on the verge of parting ways again, Melanie affirmed, “It’s worse than ironic; it’s awful” — and Connelly injected so much weight into that two-syllable word.

So what, Alex asked, does Melanie want to know about her dystopian existence? “Everything,” her mom stated. “What do you love to do? Who pierced your ears?… Do you ever laugh?” When Alex replied to the latter with a fake “Ha, ha, ha,” it evolved into the duo’s first shared, close moment, as they gave way to giggles and smiles. With that silly beat, Blanchard and Connelly were suddenly playing a mutually affectionate daughter and mother.

Huddling inside Alex’s decorated bunk, Melanie felt even more pride for her daughter’s talents, drawing including. They spoke of picturing each other’s faces while apart. And then as they reviewed the plan to drive the train through a treacherous pass dubbed “Neckbreaker” — after which Melanie would hop out, to be picked up a month later — the look in Blanchard’s widening eyes made clear that Alex dreaded this next separation, while also admiring the Hell out of her mother’s courage. (“That is some crazy s–t, Mom,” she observed.)

As Melanie suited up for her excursion, she made sure Alex knew that when Wilford ordered her to stop Big Alice and abandon Snowpiercer, it was only because “he wanted all that death on your conscience. That’s his cruelty, not yours.” Alex lurched forward to give her mom the tightest of hugs, admitting, “I wanted to keep you here longer! I wanted to hit the brakes so bad!” — easily Blanchard’s most vulnerable moment yet. Melanie consoled Allie, “We do what we have do do,” left her with an “I love you,” and then readied to leap. Alex’s eyes locked onto her brave mom, and flickered with true fear for her fate, until the window glazed over with frost. 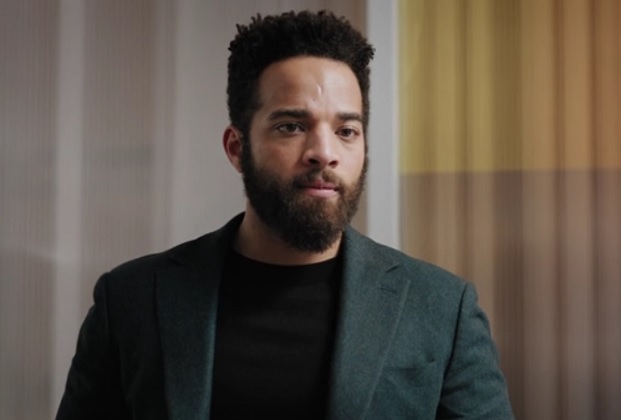 HONORABLE MENTION | On this week’s Zoey’s Extraordinary Playlist, John Clarence Stewart used every part of his being — his body, his singing voice, his emotions — to convey Simon’s struggle as a Black man in SPRQPoint’s predominantly white workplace. Through the actor’s expressive, powerful dance moves (choreographed by Luther Brown) and his soulful rendition of Michael Kiwanuka’s “Black Man in a White World,” Simon came alive in a new way during the musical performance. Then as Simon recounted to his friend/boss Zoey the many ways in which he has to amputate parts of who he is to fit in at work, Stewart filled his dialogue with pain, frustration and sadness. When Simon told Zoey that her seeing him as just Simon, and not a Black man, denied “a fundamental part” of who is, it was clear that Stewart was living and portraying his character with true authenticity. 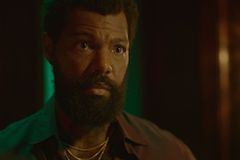 HONORABLE MENTION | Will Catlett is an actor with undeniable range, something he has proven time in time again in both leading roles (Love Is ... on OWN) and smaller one-offs (Lovecraft Country). But the way he mesmerizes as the villainous Lala on Black Lightning is a study in slow boiling rage. Take for instance Monday night’s installment titled “The Book of Reconstruction: Chapter One.” When his henchmen failed him, Lala did not yell or even touch them to inspire fear. Instead, the menacing way Catlett absorbed the funky and urgent ’70s cadence of Billy Paul’s “Let the Dollars Circulate” in the solitude of his car convincingly communicated the building tension. Later, as Catlett’s Lala emerged, his detached speech pattern, steely countenance and cagey posture spoke volumes about the boundless violence he could inflict long before he pulled out his gun and threatened their lives. 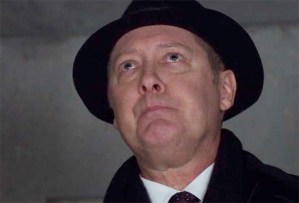 HONORABLE MENTION | James Spader has delivered many a monologue in his eight seasons as The Blacklist‘s Raymond Reddington — yet none quite as moving as Red’s eulogy for Glen Carter, which doubled as a tribute to late actor Clark Middleton during Friday’s episode. The unexpected death of Red’s longtime tracker gave Spader the chance to show little-seen sides of Red, from his hilarious outrage at Glen’s posthumous requests, to a rare moment of awkward self-consciousness during Red’s first meeting with Huey Lewis. But it was that episode-ending monologue, delivered with such tenderness and reverence, that left us in awe. “I wish more people were unafraid like Glen,” Red remarked — and as he spoke of Glen’s fearlessness, Spader’s eyes welling with tears, the actor delivered a performance as unique and memorable as the man he was eulogizing.